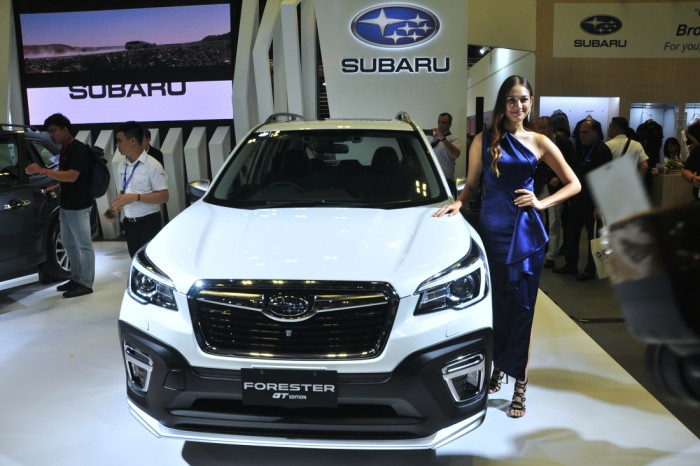 Motor Image, the exclusive distributor of Subaru vehicles in Singapore, has launched the Subaru Forester GT Edition variant at the Singapore 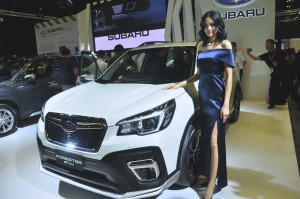 Motorshow 2020 (9 – 12 January). This is the second GT Edition model introduced in Singapore and Malaysia by Motor Image; the first was the XV GT Edition – created in close collaboration with renowned engineering company Giken Co. Ltd and Mr Masahiko “Jack” Kobayashi.

The special GT Edition aero kit is targeted to buyers who prefer an enhanced look to their rides and can take comfort in an officially fitted set. The kit has four integrated elements, which give the Forester SUV a sleeker and even sportier look: 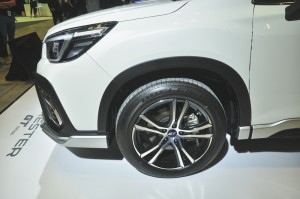 The aero kit is further complemented by 18″ bespoke alloy wheels with GT badging. It also boasts its own seat-leather design inspired by the cabins of high-performance grand tourers from Germany and Britain.

Other equipment included in the Forester GT Edition are a new 8″ Display Audio System with Apple CarPlay and Android Auto connectivity, and a 360° Around View Monitor (AVM) system, for easier parking and manoeuvring in tight spaces. 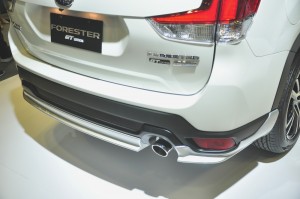 Mr Kobayashi was formerly the Chief Designer (Head of Global Advanced Design Studio) at Subaru Corporation and was responsible for the exterior design of more than 12 Subaru production models, including the legendary WRX STI. 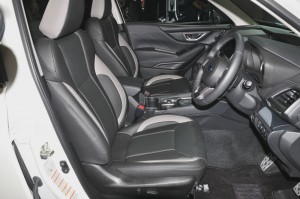 He originally trained and practised as a fashion designer in Tokyo before graduating with a degree in Transportation Design. In his 25-year career with Subaru, he was known as the ‘hit maker’, after designing numerous successful models, including the original Outback, which was the world’s first sports utility wagon, several generations of the Legacy and Impreza, the current WRX and WRX STI sports saloons, the Levorg sports tourer and the first-generation XV. He is now an independent designer.

Meanwhile, Giken is an award-winning engineering company founded in 1964. Holding numerous patents in Japan, South Korea and the United States, it has established itself as an industry leader in the design and manufacturing of technological and material handling systems. Giken is a global supplier of aero-parts and other passenger car components to Subaru and other major Japanese car brands.

Subsequent to this launch, we should be expecting this variant landing on our shores soon. In Malaysia, all new Subarus are covered by 5-year / 100,000 km warranty.