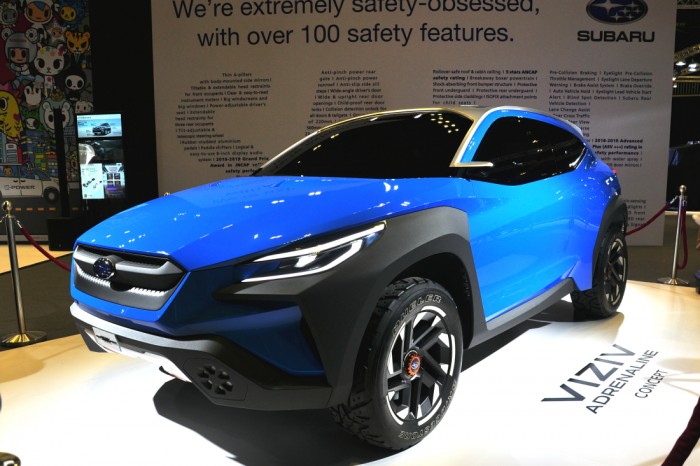 Motor Image, the exclusive distributor of Subaru vehicles in Singapore, is treating Singapore Motorshow 2020 visitors to a variety of exciting displays and activities. Chief among them are the VISIV Adrenaline concept car, as well as the launch of the Forester e-BOXER hybrid, Forester GT Edition variant, and the Impreza facelift. The motor show is happening at Suntec Singapore from 9 to 12 January. 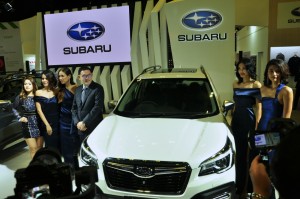 “We are proud to introduce three new Subaru models to Singapore – the Forester e-BOXER, Forester GT Edition and Impreza. Thanks to e-BOXER technology, the award-winning Forester now offers even smoother acceleration and better fuel efficiency. At the same time, those who feel that the Forester over the years has become a little sedate and mainstream will appreciate the GT Edition. With its sharpened design all around, we are positive the sporty and stylish Forester GT Edition will stand out wherever it goes,” said Mr Glenn Tan, Deputy Chairman and Managing Director of Tan Chong International Ltd. Tan Chong International Ltd owns the Motor Image Group of companies.

“With its styling upgrades, the new Impreza is even better looking than before. The addition of Sport and Intelligent driving modes also means it offers an improved driving experience,” added Mr Tan. 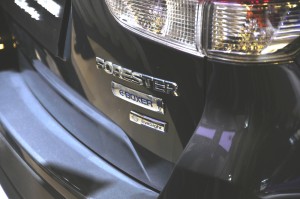 The Subaru Forester e-BOXER is built with a self-charging, mild hybrid system that works with the Boxer engine. It combines battery-powered electric motor assistance with two of Subaru’s core technologies i.e. Boxer Engine and Symmetrical All-Wheel Drive. With the e-BOXER system, the Forester now offers smoother and more responsive acceleration, enhanced off-road capability and better efficiency. This makes it well suited for city and highway driving.

Due to the extra weight of the electric components, the Forester’s undercarriage has been strengthened to help maintain the driving feel and peace of mind offered by Subaru vehicles. 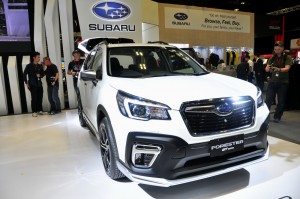 Besides this, Motor Image has also launched the Forester GT Edition. This is the second GT Edition model being offered in Singapore, with a special aero kit which has four well-made and well-designed integrated elements. This gives the car a more rugged and sportier look.

Both the Forester e-BOXER and Forester GT Edition are equipped with the new 8″ Display Audio System with Apple CarPlay and Android Auto connectivity, and a 360° Around View Monitor (AVM) system, which enables drivers to park and manoeuvre with ease. 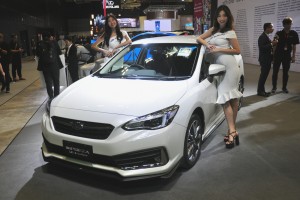 Also at the Subaru booth is the SUBARU VIZIV ADRENALINE CONCEPT that was first unveiled at the 89th Geneva International Motor Show in March 2019. The VIZIV name is inspired by the phrase “Vision for Innovation”. 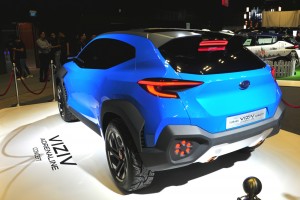 Through the new “BOLDER” design philosophy, Subaru aims to broaden the brand’s outlook, to define the characteristics of Subaru vehicles more prominently, and create more enjoyment for the driver as well as passengers.

Russ Swift is once again collaborating with Motor Image to thrill visitors of the motor show by power-sliding, two-wheeling and making other ambitious manoeuvres using a Subaru vehicle. 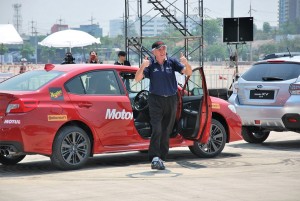 The Subaru Russ Swift Stunt Show promises to give motoring enthusiasts another chance to experience the Guinness World Record holder’s daredevil antics first-hand. Russ Swift is a world-renowned precision driver who is the current British Autotest Champion and England Autotest Team Captain. He has received three Guinness World Records titles for parallel parking in the tightest space, J-Turn in the tightest space and the fastest doughnuts.

All visitors holding admission tickets will be able to redeem one Russ Swift show ticket per admission outside the exhibition hall, at the stunt show counter on Level 6 an hour before each show timing. Do check at the venue for the timing of the shows.

A new Subaru XV 2.0i-S EyeSight is the the lucky draw grand prize that will be given to one lucky visitor. All visitors will stand a chance to win with each admission ticket by providing the right answer to the question printed on the Motorshow ticket.

Visitors can also take part in giveaways at the Subaru booth. You can redeem a Subaru file by liking the ‘ILOVESUBARU’ Facebook page, or by following the official Subaru Asia Instagram account (@subaruasia).

Those who take photos with the Forester GT Edition and VIZIV ADRENALINE CONCEPT, post them on Facebook or Instagram, and #ILOVESUBARU, will also get to redeem a Subaru highlighter.

Visitors can also redeem a pair of Russ Swift Stunt Show tickets with every $50 worth of Subaru merchandise purchased.