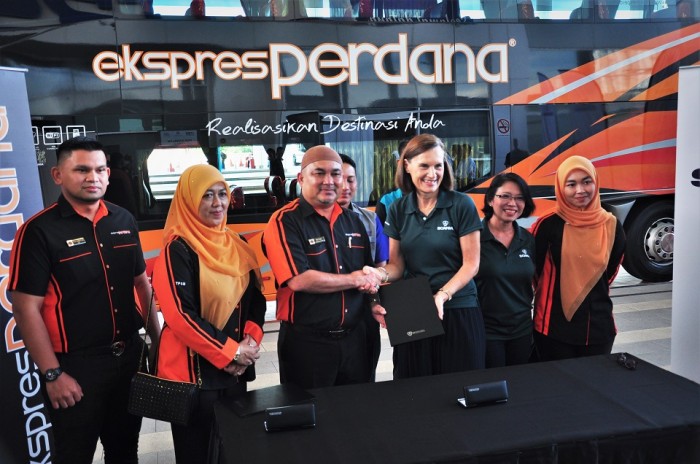 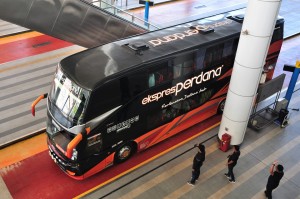 The Perdana Group, which operates the Ekspres Perdana, Darul Iman Express and Lienadia Express bus services, is expanding is fleet of express buses with 31 units of new and modern Scania buses. More importantly, Perdana Group has committed itself as a Scania Ecolution partner and has signed Maintenance, and Repair & Maintenance contracts to keep its buses in tip top condition.

Established in 2009, Perdana is based in Kota Bharu, Kelantan and has express bus services covering all the states in Peninsular Malaysia, serving the major cities and towns. Its bus fleet totals 113, out of which 90 are Scania buses. 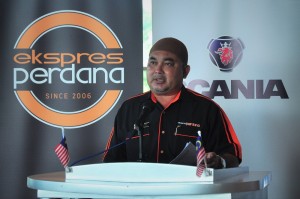 Tuan Haji Laili Ismail, Managing Director of Ekspres Perdana said the group had signed up as an Ecolution partner as part of its sustainability effort to reduce its CO2 emissions. On his visit to Scania in Sweden, he noted that the air was fresh and he wants the same in Malaysia. The Ecolution partnership will focus on reducing fuel consumption to minimise emissions, which will in turn reduce operating cost and improve profitability. 78 of the buses in its current fleet are involved in the Ecolution programme and Perdana is planning to include its new buses in it.

At the same time, the Perdana Group also signed Maintenance, and Repair & Maintenance contracts with Scania Malaysia for the 78 buses to provide its passengers with a safer, more comfortable journey. Timely maintenance with proper genuine parts will ensure that the buses are running in optimal condition. This not only helps with the bottom line but also a more pleasant experience for passengers; operating efficiency also contributes to a reduction of emissions.

“At Perdana Group, we believe in safety and comfort for our passengers. The contracts we signed today are a validation of the high quality service by Scania’s skilled workshop personnel in ensuring that our customers have peace of mind during their travels,” said Tuan Haji Laili.

“Investing in more Scania buses is a testimony of our trust and faith in the performance and reliability that Scania has given us for more than a decade when we started this business,” added Tuan Haji Laili. Perdana has been a Scania customer since 2010; 30% of its Scania buses are financed by Scania Credit, which Perdana said is efficient, easy and competitive to other types of financing. 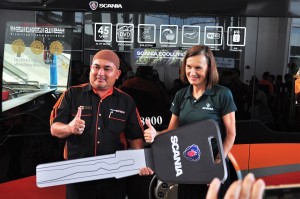 Its new buses will be used to strengthen its connection between the east coast to the central region, as well as expand its coverage in the northern region, particularly in Tanjung Malim and Parit Buntar in Perak. The first batch of new buses were handed over by Marie Sjödin Enström, Managing Director of Scania Southeast Asia. 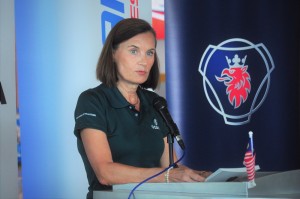 “Today’s signing and handover ceremony is a testament of Scania’s on-going drive towards sustainability with our far-reaching 2050 commitment in reducing the carbon footprint to net zero. By providing our customers with sustainable transport solutions, we can achieve mutually beneficial results of profitability for their business and reducing the environmental effects of our operations,” said Marie. According to her, Scania acknowledges that it is part of the problem affecting the environment, and it wants to be part of the solution to this problem.