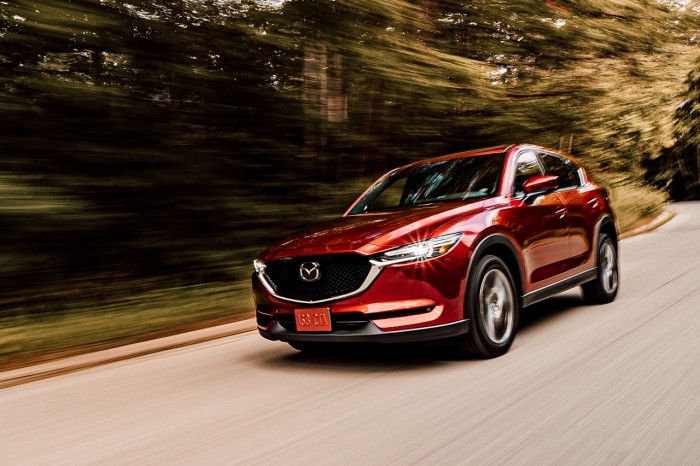 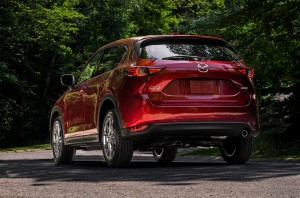 Details of the locally-assembled 2019 Mazda CX-5 have been released prior to its launch. Mazda authorised dealers are also accepting bookings for the updated CX-5, which will be available in five variants. Retail prices have not been announced yet but it will be covered by a 5-Year Manufacturer Warranty with 5 Years’ Free Maintenance according to manufacturer’s standards inclusive of labour, parts and lubricants. Both Manufacturer Warranty and Free Maintenance have a coverage period of five years and a mileage limit of 100,000 km, whichever comes first. 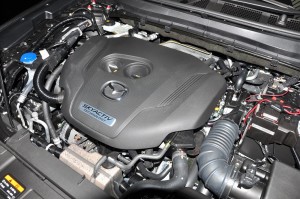 The new 2.5L turbo engine introduced into the CX-5 range has one of the highest compression ratios of any four-cylinder turbocharged engine, at 10.5:1, that is achieved through a series of innovative SKYACTIV technologies. These include an oil pump with continuously variable displacement, multi-hole injectors, Mazda’s Dynamic Pressure Turbo and cooled Exhaust Gas Recirculation (EGR), all working in sync to maximise combustion efficiency and minimise energy losses. 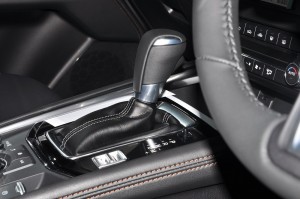 Mazda’s Dynamic Pressure Turbo builds boost at low revolutions by using a small inlet port to accelerate the exhaust gasses hitting the turbine, akin to how water velocity increases when one holds his or her thumb over a hose (think Venturi effect). From there, a secondary valve can open up at higher engine revolutions for increased airflow and maximum horsepower. A pulse scavenging 4-3-1 manifold prevents exhaust from restricting airflow through the engine and helps the engine breathe freely.

In some instances, turbocharged engines are mated to continuously variable automatic transmissions (CVT), operating in a narrow band of efficiency and possibly sacrificing the sense of connectedness between driver and car, a characteristic valued by Mazda and termed “Jinba-Ittai”. Mazda’s six-speed SKYACTIV-DRIVE automatic transmission, paired as a standard to the SKYACTIV-G 2.5L Turbocharged engine, keeps its torque converter locked through most of its operation, giving a more connected sense of control thus resulting in a more engaging drive. 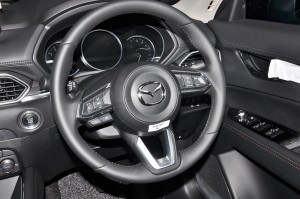 In addition, Mazda’s signature and updated G-Vectoring Control (GVC) comes as standard across all variants. The original GVC is a Mazda-exclusive technology that makes steering response more precise and consistent by using small changes in the engine torque to shift weight to the front tires whenever the driver turns the wheel. In the updated version, the GVC Plus software control system improves steering response as the driver straightens the wheel, by adding a hint of braking to the outer wheels.

The more precise response of GVC Plus helps prevent the drive from accidentally over-driving the car in high-speed and emergency manoeuvres, resulting in better stability for the vehicle, and even more confidence for the driver. 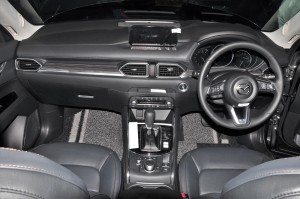 Coming standard as well is the convenience of Apple CarPlay and Android Auto which is accessible via the MAZDA CONNECT Infotainment display (new 7″ TFT), allowing for easy access to such frequently used apps as Waze, Google Maps, Spotify, etc. CarPlay and Auto should in theory let drivers keep their eyes more focused on the road. Exclusive on the SKYACTIV-G 2.5L turbo variant is the Coloured Windshield Projection Display. 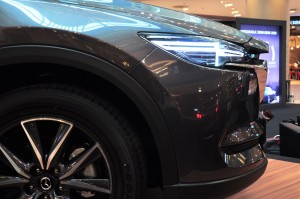 Other standard features for all variants are LED automatic headlamps with auto levelling, LED tail lights, LED fog lamps, powered folding side mirrors and rain-sensing wipers. The base 2.0L 2WD GL variant misses out on LED datytime running lights (it uses a bulb type), powered front seats, leather upholstery, front parking sensors and keyless entry but has keyless start like all the others. 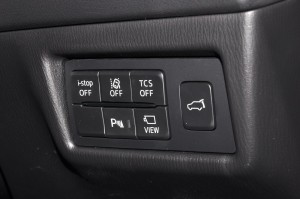 Also aside from the base model, all others also come equipped with a host of Mazda’s flagship i-ACTIVSENSE advanced safety features which includes, but not limited to the Blind Spot Monitoring (BSM) with Rear Cross-Traffic Alert (RCTA), and Smart City Brake Support (Front & Rear). The Mazda Radar Cruise Control looks to be left out. 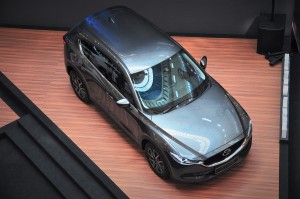 The new Mazda CX-5 is currently on display at Bangsar Shopping Centre until 15 September 2019.