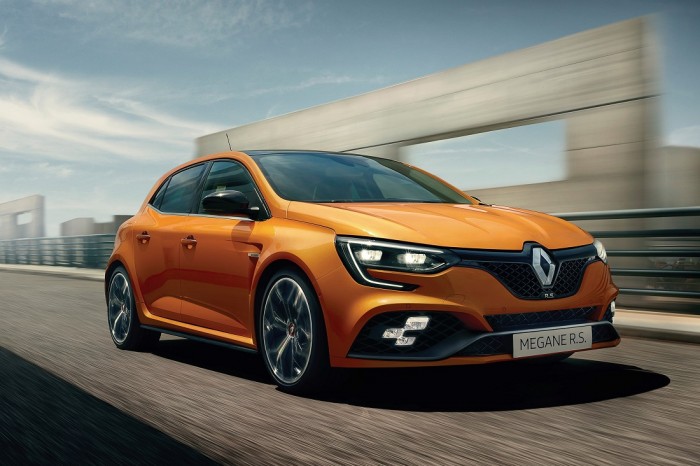 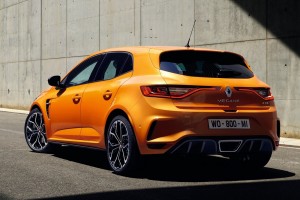 The front-wheel-drive hot hatch is priced at:

It is covered by a three-year or 100,000 km warranty (whichever comes first). 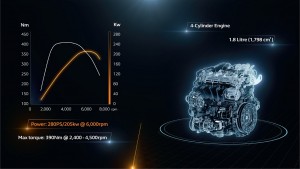 The engine is a new 1.8L four-cylinder turbocharged unit tweaked by Renault Sport Cars and Renault Sport Racing. It bears a redesigned cylinder head, a new integrated cooling system, an additional twin air inlet to the turbocharger and a chain-driven timing system. The engine now delivers a maximum power of 280 PS and peak torque of 390 Nm – one of the best in class. 0-100 km/h sprint time is claimed to be 5.8 seconds while top speed is 255 km/h (250 km/h for the AT).

The six-speed EDC dual-clutch gearbox has been strengthened to withstand the torque and revs of a sports car engine. Based on the required take-off acceleration, in-gear acceleration and maximum speed, Renault Sport engineers defined new gear ratios and specific shift patterns, in alignment with the customisable MULTI-SENSE system designed to adapt to all driving styles.

The EDC gearbox comes with steering wheel-mounted gearshift paddles. The gearshift times depend on which MULTI-SENSE mode is selected:

In Sport and Race modes, the EDC gearbox also has the following functions: 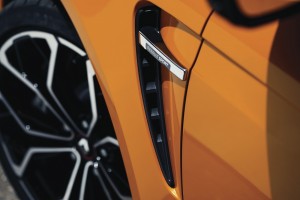 For Malaysia, the Renault MEGANE R.S. is available with the CUP chassis, which incorporates a new Torsen mechanical and limited-slip differential for improved handling during acceleration as well as deceleration. Renault’s chassis and suspension system engineers have pushed the limits even further by introducing the 4CONTROL four-wheel steering system, a world’s first-in-segment technology that further improves cornering efficiency. The system automatically adjusts the rear wheels to point in the same direction as the front wheels up to one degree at higher speeds and in the opposite direction up to 2.7 degrees at lower speeds. This switchover point is set at 60 km/h or 100 km/h in Race mode. 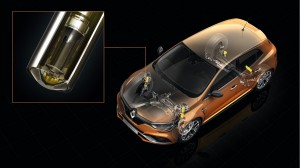 A second brand new feature is the addition of four hydraulic compression stops, a rallying-inspired technology, to all shock absorbers. In addition to improving the comfort of the suspension in day-to-day driving, these hydraulic bump stops also filter out disruptions when adopting a sportier driving style, providing additional damping and eliminating the effects of rebound, which enables optimum control of tyre-ground contact.

In addition to new technologies, strong core components featured in previous generations have been retained and upgraded in this new Renault MEGANE R.S. five-door hot hatch. 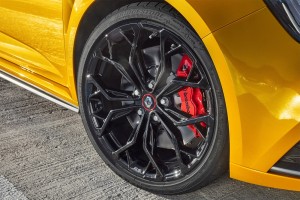 The front axle of the All-new Renault MEGANE R.S. 280 CUP has been entirely redesigned to adapt the negative offset geometry to the width of the 19-inch wheels and increase rigidity. The braking system has also been improved, offering greater power, endurance and confidence to the driver. The diameter of the front brake discs has been increased to 355 mm (+15 mm bigger than the previous generation). Bi-material aluminium/cast iron discs help reduce the weight per wheel by 1.8 kg while improving cooling during intensive use. The brake pedal setting focuses on the accuracy of the pressure applied, enabling drivers to remain in complete control, especially on the racetrack.

The R.S. Monitor has also been completely revised, with a more user-friendly layout and more powerful features. This state-of-the-art onboard telemetry and data acquisition system gathers and summarises information from forty or so sensors throughout the car, enabling the real-time display of a wide range of settings on the 8.7″ R-LINK 2 touchscreen tablet. Through this system, drivers can reliably check driving data such as acceleration, braking, yaw, steering angle, operation of the 4CONTROL system, temperatures and pressures.

Physically, the side wings have been widened by 60 mm at the front and 45 mm at the back. Ride height has also been lowered by 5 mm and with new 19″ wheels to give the car a more aggressive posture. The car’s  powerful design has adapted a number of features from the world of motorsport:

Test drives are available at selected Renault showrooms by appointment only and can be requested via the Renault Malaysia website.