Login / Register
POST AD NOW
Home Car Brands All-New Mazda 3 – Is There Enough Power and How Does It... 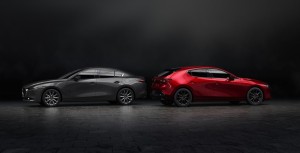 The all-new Mazda 3 was launched last weekend at 1Utama Shopping Complex in Petaling Jaya, and it has created quite a lot of buzz among car enthusiasts, some of whom are complaining about the price increase compared to the outgoing version, and the fact that the rear suspension now is a torsion beam compared to the multi-link arrangement in the outgoing model. 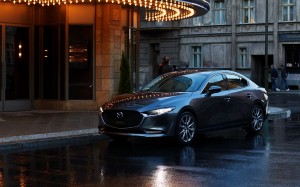 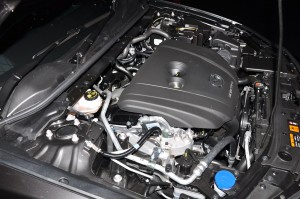 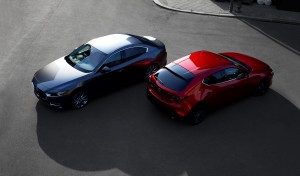 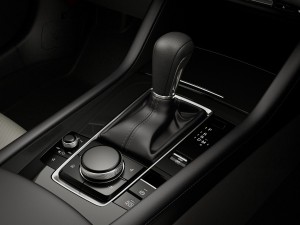 The Mazda 3 is available only as CBU (Completely Built-Up) and imported as complete cars whereas the previous model was assembled under contract at the Inokom plant in Kulim. CBU cars attract higher excise duties than locally assembled cars, and that will account for part of the price increase. 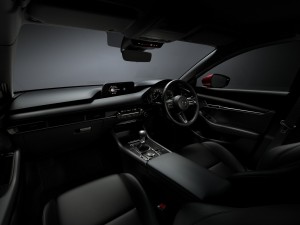 Meanwhile, Mazda has announced that the brand aims to re-position itself as the ‘premium brand’ amongst Japanese cars, and bring itself closer to its European rivals. This entails raising the bar for build quality, connectivity and features, which in essence will cost more, and they are starting this ‘New Era’ with the Mazda 3. Later on, the other models will follow a similar nomenclature, and shall be upgraded too. Since the Mazda 3 is the first to receive this new era upgrade, the price structure stands out as an irregularity, but in time as the new models roll out, the prices will be re-adjusted accordingly. 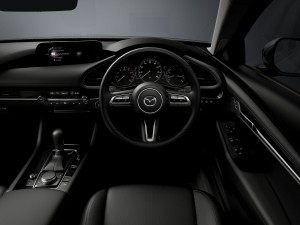 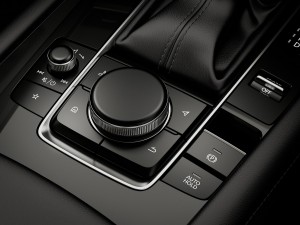 There are improvements in the sound-proofing, and the new car is noticeably quieter on the road. Mazda also put a lot of effort into its Human Machine Interface (HMI), refining its ‘Jinba Ittai’ approach of ‘horse and rider as one’, even looking into where the cupholders and instrument controla are to be placed.

In terms of Infotainment, the entire range gets Mazda Connect Infotainment System with Voice Command, Apple Car Play and Android Auto function, a full-colour 8.8 inch display and multi-function Commander Control. All variants get an 8-speaker system. 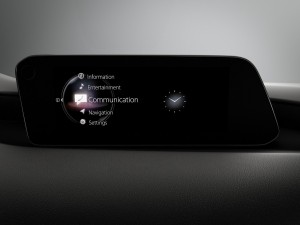 New and unique to the Mazda 3 range is GVC Plus. All the existing models have GVC, (Geo Vectoring Control, a system that automatically retards the engine as the car takes a turn, but the GVC Plus also applies braking to the inner wheels during a corner to transfer drive to the outer wheels during cornering. The result is improved turn-in, and better overall stability. An added bonus is increased passenger comfort during turns, this reducing fatigue on long hauls. 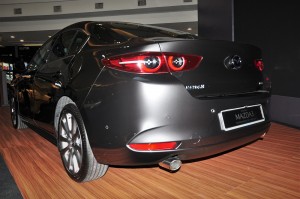 Also unique to the Mazda 3, at least for the time being is a re-designed rear suspension set up, which does away with the multi-link arrangement, and instead replaces it with a torsion beam arrangement. Amidst protests from Mazda loyalists who maintain that this is a downgrade, Mazda claims that the car handling is even better.

The second protest comes from other loyalists who are fearful that the 1.5 litre engine would not be powerful enough to pull the car along, which is tantamount to Mazda reneging on its promise to provide the ‘Zoom Zoom’ feel to all its cars.

Bermaz, of course pre-empting the situation, arranged for a track session at the Sepang International Circuit, ad few days after the launch, to dispel all fears. We attended the test drive and drove both the 1.5 litre and 2.0 litre versions back to back – so did the Mazda 3 live up to its promise, or did it fail miserably? Watch the videos below.