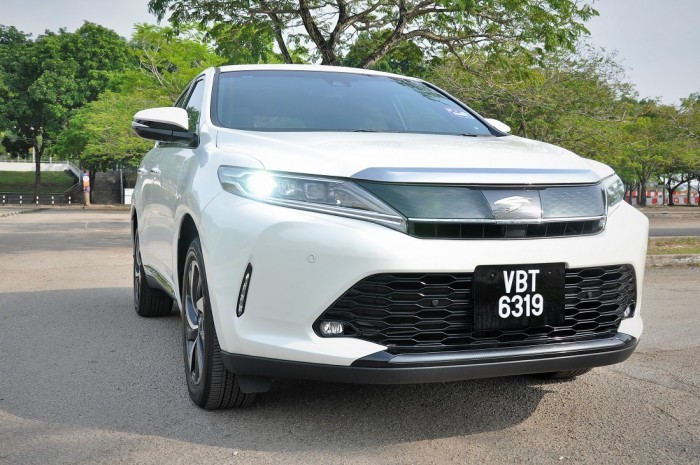 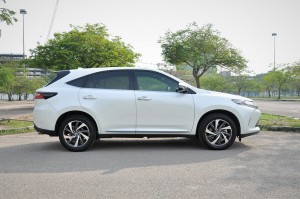 The Toyota Harrier is no stranger to our shores. The previous generations were popular grey import JDM (Japan Domestic Market) models as they were essentially a Toyota version of the Lexus RX. Despite the RX and Harrier having diverged in platform, design direction and size, the Harrier remains a popular buy among those shopping for pre-owned JDM vehicles.

Seeing the continued popularity here, UMW Toyota Motor has made available the Harrier through official channels. Besides Japan and Singapore, Malaysia is the only other market that officially sells the Harrier.

The review unit is the Luxury variant, the higher of the two available in Malaysia (the other being the Premium variant), and is a facelift version of the third generation model that has split from the Lexus cousin and sits on the RAV4 platform. 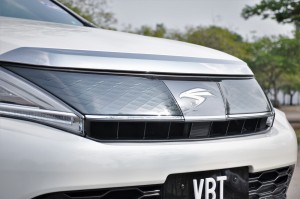 The raptor badge on the front grille, rather than the conventional Toyota oval, is what makes the Harrier recognisable, and perhaps desired. In this facelift version, the stylised Harrier bird of prey looks like it is flanked by flying birds under the clear grille cover.

Further setting the official Harrier apart from most of the grey imports are redesigned bi-LED headlamps with Adaptive High Beam system, sequential turn signals, vertical daytime running light strips on the bumper, cornering lamps, LED foglamps, and a hexagonal lower grille design. The tail lamp clusters are LED and are joined by a red strip trim across the tailgate.

Although it has split from the Lexus RX, its glasshouse right up to the integrated rear spoiler is very reminiscent of its premium cousin, particularly the NX. The front bumper lines also add to that effect. Other than that, the Harrier flies on its own, with a fuss-free design that does not look overly aggressive nor overly soft. 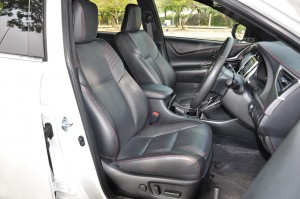 The more luxurious Luxury variant gets the brushed aluminium trim and Nappa leather treatment in the cabin, with liberal doses of red stitching. Since this Harrier sits on the premium side of the Toyota scale, the little touches of luxury are not only expected but required. As such, we get ventilated front seats, and memory settings for a driver’s seat that slides away in unison with the steering wheel upon switching off the engine. The cooling function of the supportive front seats is much appreciated especially in tropical weather. The seats also have a heating function that can be surprisingly therapeutic on a long drive. 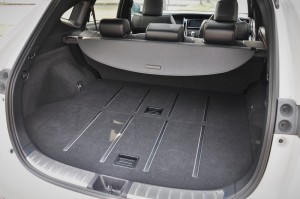 As for the rear seats, besides folding down 60:40 to enlarge the 440-litre boot, the backrest also reclines to a more relaxed sitting position. Further, the front-wheel-drive configuration means the cabin floor at the rear can be flat since there is no need for a prop shaft to connect the rear wheels, thus providing better seating comfort to the middle passenger. Another feature passengers will enjoy is the tinted panoramic moonroof that lets in the light and scenery. Not noticed, but useful nonetheless, is the nanoe ions from the ventilation system which spreads moist ions that are beneficial to the hair and skin. So I guess the Harrier not only tries to keep you young in spirit, but in body as well.

If there is anything to nitpick on, the contenders on my list would be (1) piano black trim; (2) capacitive touch panel; and (3) a USB port. While piano black trim might add an air of sophistication to a vehicle’s interior, it also sucks up that sophistication by sucking up your fingerprints and displaying them proudly. I found myself frequently wiping down the shiny surfaces so that my fingerprints aren’t captured in photos for eternity. 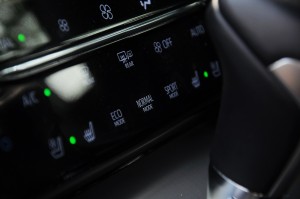 The capacitive touch panel on the centre console is also a bit of high tech kit to control cabin cooling and to switch drive modes. However, that can be a bit of a challenge when the vehicle is in motion and you prefer to keep your eyes on the road. I suppose it’s fine if you seldom switch drive modes or mess with the climate control. I would have preferred these functions to sit in physical buttons for a better tactile experience but that’s me being old school. Still on technology, filling up a vehicle’s interior with a thousand USB ports in today’s world, will not be considered overkill. But in the Harrier, we have a lone ranger of a USB port situated in the localised infotainment unit. All is not lost however, as there are two 12V ports that you can plug USB hubs into and have your thousand ports. 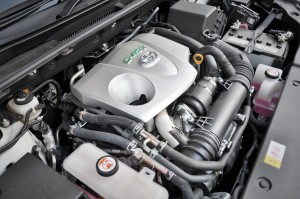 The Harrier rolls with a 2-litre VVT-iW engine with twin scroll turbocharger that greatly increases power output to 231 PS and 350 Nm (vs 152 PS and 193 Nm of the common grey imports) going to the front wheels. This engine is similar to the one used in the Lexus NX200t. The official Harrier also utilises a 6-speed automatic with manual override unlike the CVT in most grey models.

The claimed 0-100 km/h time is 7.3 seconds and speed tops out at 180 km/h. Average fuel consumption is claimed to be 13 km per litre but in the real world, I recorded an average of 10.4 km/l which included a lot of idling for a photoshoot. The choice of tyres as well as tyre pressure (which I did not check this time) could also be a factor. 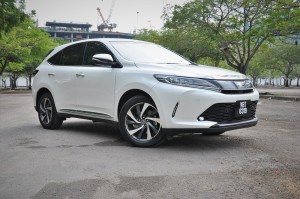 The Harrier seems to feel most at home as an urban cruiser, getting you from traffic light to traffic light. But this does not mean the Harrier does not fare well on long highway drives because UMW Toyota also packaged in an adaptive cruise control system.

The Harrier is good for brisk overtaking moves and short sprints to the next traffic light (official 0 – 100 km/h time is 7.3 seconds), but I find it best enjoyed when I’m cruising. The performance dampers help restrict body roll and improve cornering stability but it feels less refined when optimistically taking on road bumps and craters. 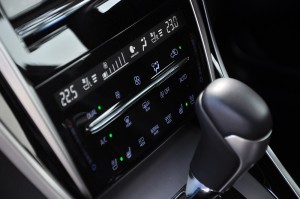 As mentioned previously, the drive mode ‘buttons’ (Eco, Normal and Sport) are located low on the centre capacitive touch panel. Since they are surrounded by climate control and seat ventilation options, your eyes need to stray momentarily from the road to guide your finger to the proper spot. I prefer physical buttons so I can switch between Eco and Sport without much distraction. I suppose this could be mitigated with muscle memory but like I also mentioned, it’s not a problem if you don’t switch drive modes. 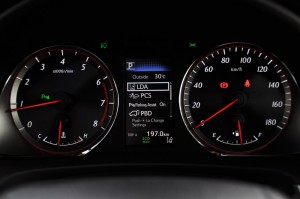 But just in case you do need your eyes off the road for a moment, the Harrier is equipped with the Toyota Safety Sense package which includes a Pre-Crash System, Adaptive Cruise Control, Lane Keeping System and Adaptive High Beam.

Pre-Crash is active between 15 km/h and 180 km/h and uses a radar to monitor vehicles in front and warn you of possible collisions. The Pre-Collision Brake Assist will increase braking pressure and if necessary, automatically apply the brakes if the system senses no action from you to avoid a collision. This system may not completely avoid a collision, especially at higher speeds, but it will help reduce the impact of one.

Lane Keeping Assist also includes steering feedback should you stray out of your lane. Straying too many times will activate the Sway Alert warning that requests you to take a break. However, this feature takes a back seat if you use the turn signals to indicate to the system that you are deliberately moving out of your lane. Drivers who often wander from their own lanes could do with such a driving aid. 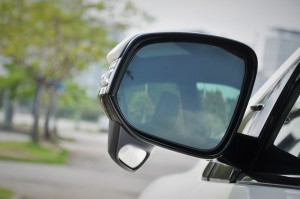 The Harrier is a popular model but at this price tag, many will continue to seek the pre-owned grey import units. However, those who see value in the peace-of-mind offered by official brand support for a fully imported brand new unit that is tuned for local conditions will be heading to authorised Toyota dealerships for this. If you can look past the shortcomings, which are mostly non-critical, then the Harrier is worth a look.

The Harrier Luxury costs RM266,000 (on the road without insurance) and comes with a 5-year unlimited mileage warranty as well as the official Toyota servicing network and quality.