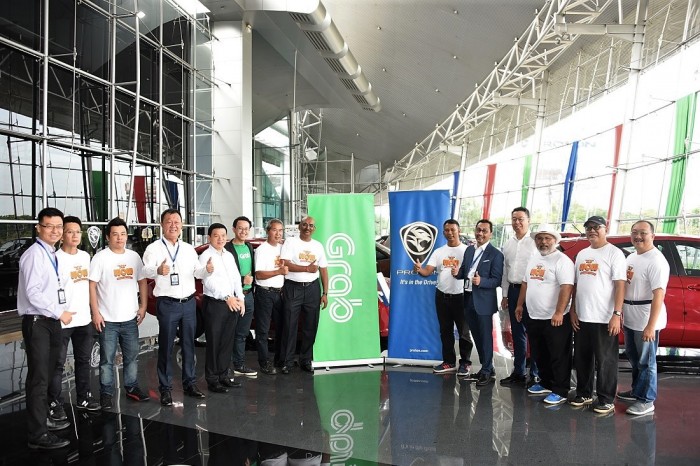 Proton and Grab collaborated on the Wealth on Wheels (WOW) challenge to promote economical driving to Grab driver-partners who drive the Proton Iriz, Persona and Saga. The driver-partners were rewarded for their diligence and ability to get the most out of one tank of fuel.

In July, a total of 2,181 Grab driver-partners were recruited to take part in this challenge. The qualifying period ran in the first week of August where all participants were given five days to drive within the Klang Valley to earn as much as possible.

The best performers in each category i.e. Iriz, Persona and Saga, qualified for the finals which flagged off at the Proton Centre of Excellence (COE). The participants had to top up their fuel tank at the nearest petrol station and had the tank sealed before they set off at 9 am to earn as much as possible. Before returning at 5 pm, they had to head to the nearest petrol station towards COE to have their fuel consumption measured. The participants in the final round were also awarded RM500 worth of Proton sales voucher which is redeemable for new car purchase. 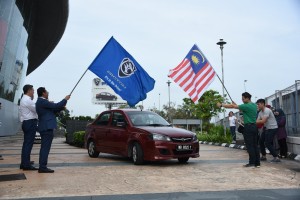 “The Proton 1 Tank Adventure reminded car buyers that Proton cars can take them on some wonderful journeys around Malaysia using just one tank of fuel. With Grab, we wanted to show their driver-partners that a Proton car helps them get around quickly, safely and economically, leaving more money in their pocket at the end of the day,” said Abdul Rashid Musa, Chief Executive Officer of Proton Edar.

The top performers for each category during the final were rewarded with a grand prize of RM6,888 worth of Proton car sales vouchers along with special incentives from Grab. All finalists will also be invited to the launch of Proton’s first-ever SUV and exclusive test drive events. 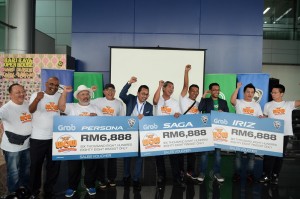 Speaking at the prize giving ceremony, Rashid Shukor, Head of Operations of Grab Malaysia said, “We share our achievements over the years with our driver-partners who have made us who we are as well as partners who journeyed alongside with us, like Proton! With the support of Proton, we have also been able to help reward and make driving with Grab so much more financially viable with the award support for car service as well as car purchase voucher. Many business decisions we make is to positively improve their welfare and continue to ensure they have the right tools to make their jobs better”.

As one of Grab’s partners, Proton hopes the WOW promotion would lead to more driver-partners choosing to use Proton cars to power their journeys.

“As Malaysia’s first car company, Proton played a major role in putting Malaysians on the road. We would like to do something similar to help the ride sharing industry grow and hopefully with the Proton Wealth on Wheels event and our other promotional activities we will attract more driver-partners to our cars,” added Abdul Rashid Musa.