Volkswagen Truck & Bus (VW T&B) has announced that it will be renamed Traton Group to further separate this business’ relations from Volkswagen’s other segments, and to prepare for the capital market. This name change is set to formally take effect in the third quarter of 2018. 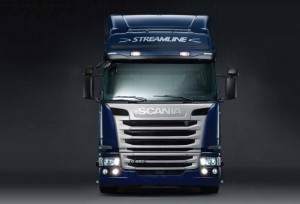 VW T&B was established in 2015 to group the truck and bus brands owned by Volkswagen under one entity. Volkswagen owns MAN, Scania, Volkswagen Caminhões e Ônibus, and RIO brands, which retain their own identities within the group. It also owns about 17% in American truck and bus maker, Navistar (formerly International Harvester), a stake just under the trigger to issue a formal takeover as required by US law.

“Traton” is a combination of “TRAnsformation”, “TRAnsportation”, “TRAdition”, “TONnage”, and “Always ON”.

Andreas Renschler, Chief Executive Officer of Volkswagen Truck & Bus Group and member of the Board of Management of Volkswagen AG, said: “The new name TRATON is a major milestone on our road to become Global Champion of the transportation industry. Since our foundation, we have grown together faster than expected. TRATON provides us with more independence. It will further strengthen our Group’s joint identity and uniqueness. The new name will also foster our visibility as the leading Group for innovative transportation solutions. It will increase our attractiveness for new talents as well as for capital markets.”

Further, Christian Schulz, a mergers and acquisitions specialist, has been appointed by VW T&B as its new finance chief. It has also converted itself into a stock corporation, making it easier for VW to issue shares.

Aside from this, VW T&B had, in April 2018, entered into a long-term strategic partnership agreement with Hino Motors of Japan and set up a Joint Alliance Board for the “evaluation of technology cooperation on conventional powertrains, hybrid and electric powertrains, as well as connectivity and autonomous driving systems”.