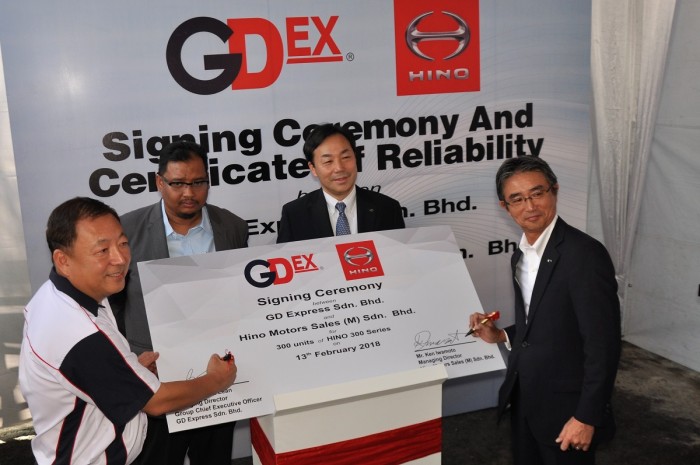 2018 has gotten off to a good start for Hino Motors Sales (Malaysia) Sdn Bhd (HMSM) as courier service company, GD Express Sdn Bhd (GDEx) has placed an order for 300 units of the best-selling Hino 300 Series truck. 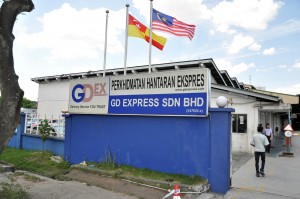 The increase in truck order stems from the increase in demand from the e-commerce sector. With the growth in online shopping, GDEX has to expand its operations to handle the larger delivery volume. According to GDEx, the company picked Hino trucks for its quality and reliability, which helps a courier service company like GDEx minimise vehicle downtime and run more efficiently thus reducing operational costs. 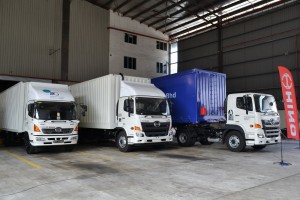 HMSM also offers GDEx exclusive warranty satisfaction like the ‘Free Parts Program’ and ‘Free Service Program’, as well as ‘Best-Fit Program’, and others.

2017 also saw the official launch of the new Hino Total Support Customer Centre (HTSCC), Malaysia’s only training centre for the commercial vehicle industry, and the world’s first training circuit operated outside the Japan hub. HTSCC offers an extended range of training courses and is capable of training several thousand drivers annually. Its courses include driver familiarisation, eco-driving and safety driving. For 2018, HMSM will continue its focus on improving sales and after-sales services.