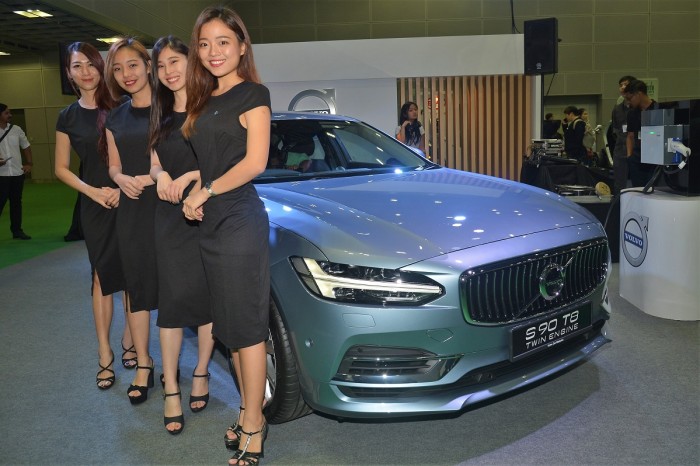 After launching the fully imported flagship S90 and V90 in T5 and T6 forms, Volvo Car Malaysia has launched the locally assembled S90 T8 Twin Engine at the 2017 International Greentech & Eco Products Exhibition (IGEM) in Kuala Lumpur. This is Volvo’s 2nd plug-in hybrid model (after the XC90 T8) to roll out of its production facility in Shah Alam. 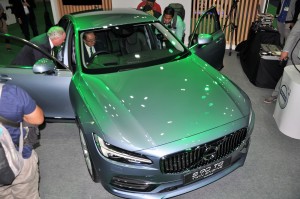 If you aren’t aware, the Twin Engine designation is for Volvo’s hybrid powertrain, combining a supercharged and turbocharged engine that powers the front wheels with an electric motor which powers the rear wheels; effectively making the car all-wheel-drive when both powerplants are active. The combined power output is 407 hp and 640 Nm allowing the car to go from 0 to 100 km/h in 4.8 seconds. Official average fuel consumption is 2 liters per 100 km (combined cycle).

The S90 T8 is built on Volvo’s SPA (Scalable Product Architecture) platform that was designed to incorporate electrification which allows for the lithium-ion battery pack to be placed in the car’s center tunnel in place of the propeller shaft. This helps to lower the car’s center of gravity and puts the battery away from impact zones, as well as frees up rear cargo space. Without needing to sacrifice passenger or cargo space, Volvo could put in a larger 10.4 kWh battery pack that lets the car drive 50 km in full electric mode (NEDC test). 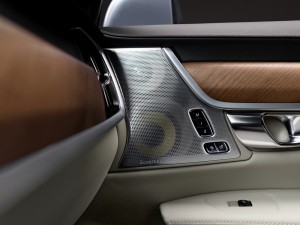 The Inscription trim is Volvo’s highest trim level (the previously launched variants were offered in Momentum and the sportier R-Design trims) and the S90 comes in Inscription and Inscription Plus. The Inscription Plus adds a Premium Sound by Bowers & Wilkins 19-speaker audio system and Active Chassis with air suspension for the rear.

The Bowers & Wilkins system was designed from the start of the car’s development and is integrated into the S90’s interior design. The air suspension with electronically controlled dampener system (Four-C) keeps the rear level and adapts to road and driving conditions. 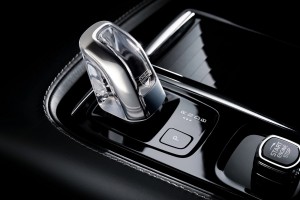 Of note too is Volvo’s Intellisafe suite with City Safety Technology that also detects large animals besides vehicles and motorcycles; and Run Off Road Mitigation which is an auto-steer function to keep the car on the road. Additionally, there’s Adaptive Cruise Control with Distance Alert and Pilot Assist, a semi-autonomous function that helps keep the car within its lane.

Volvo Car Malaysia will also be exporting the S90 T8 regionally, like the XC90 T8, with Thailand being the first export market.