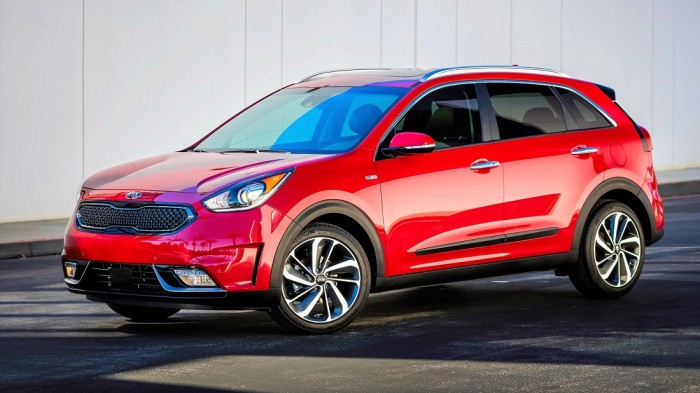 The Kia Niro concept crossover was first seen in 2013 at the Frankfurt Auto Show to showcase the Korean automaker’s bold design work, with a sleek sporty silhouette and butterfly doors. It was planned to have a 4-cylinder Gamma engine producing 160hp and paired to a dual clutch transmission as well as an advanced suspension system.

Almost 3 years later, the 2017 Kia Niro was introduced at the Chicago Auto Show (and the Canadian International Auto Show shortly after) and it looks nothing like the concept; unless you count having wheels, doors, engine and seats, etc. as ‘look like’.

Still, the 2017 Kia Niro will be special as it will be the company’s first dedicated hybrid model. The difference is, unlike other hybrid models, Kia doesn’t want to scream ‘hybrid’ with the Niro’s design. It’s more subdued and ‘normal’ in its appearance. Termed as a ‘hybrid utility vehicle’ or HUV, Kia Niro project manager, Steve Kosowski revealed that the Niro will be available as a regular hybrid and a plug-in. 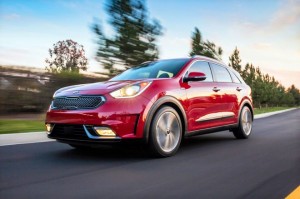 Planned from the start as a hybrid, the Niro will share components with its cousin, Hyundai Ioniq sedan. According to Kosowski, “The whole powertrain is essentially shared between the two. There are a few little tuning differences, but it’s a 1.6 GDI, four-cylinder from the Kappa engine family that is the basis for both cars. The motor is sandwiched between the engine and the transmission, there’s a clutch there. And the DCT is also shared between both cars”. This is an indication that the Hyundai-Kia collaboration is very intimate and could spell trouble for the Toyota Prius as consumers will have a choice of 2 different body styles and functionality.

The expected 146hp powertrain mated with the 6-speed dual clutch transmission will get its juice from a 1.56-kWh lithium-ion polymer battery.  The Niro will feature Eco-DAS (Driver Assistance System) with a Coasting Guide and Predictive Energy Control. Coasting Guide will teach you to be a smoother driver by coaching you when to coast or brake; Predictive Energy Control will use the cruise control and the car’s navigation system to read road conditions ahead and adjust energy flow for maximum efficiency.