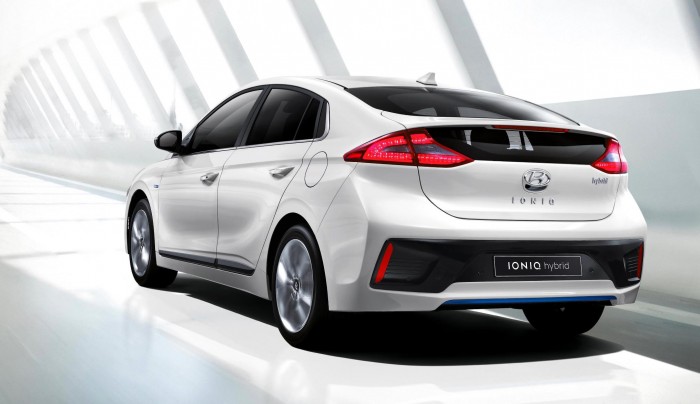 Hyundai has officially revealed some details of its Toyota Prius rival ahead of its official unveiling at the Geneva Motor Show later this March.

Only a couple of images were shared but we now know what the rear looks like and its quite similar to the Prius, with the split rear screen. While the Prius’ design looks a little more futuristic/quirky, Hyundai seems to have gone more mass-market with the IONIQ’s design. 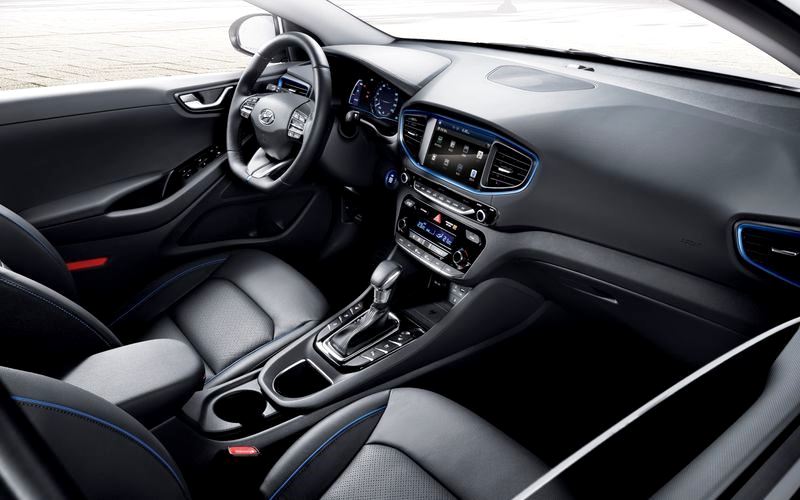 The IONIQ will be the world’s first production car to offer a choice of electric, plug-in hybrid and hybrid powertrains; the chassis was specifically created for this. The IONIQ boasts 53% Advanced High Strength Steel combined with lightweight aluminum and saves 12.6kg (45%) of weight by casting non-structural bodywork from aluminum, such as the hood, tailgate and suspension components. Where crash structure or energy absorption is necessary, the structure features Advanced High Strength Steel that can withstand significant collision forces. 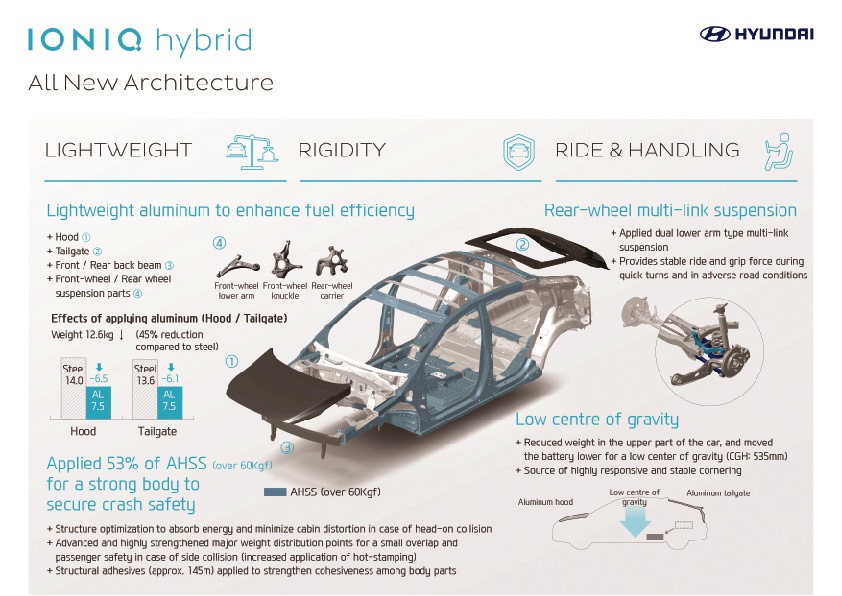 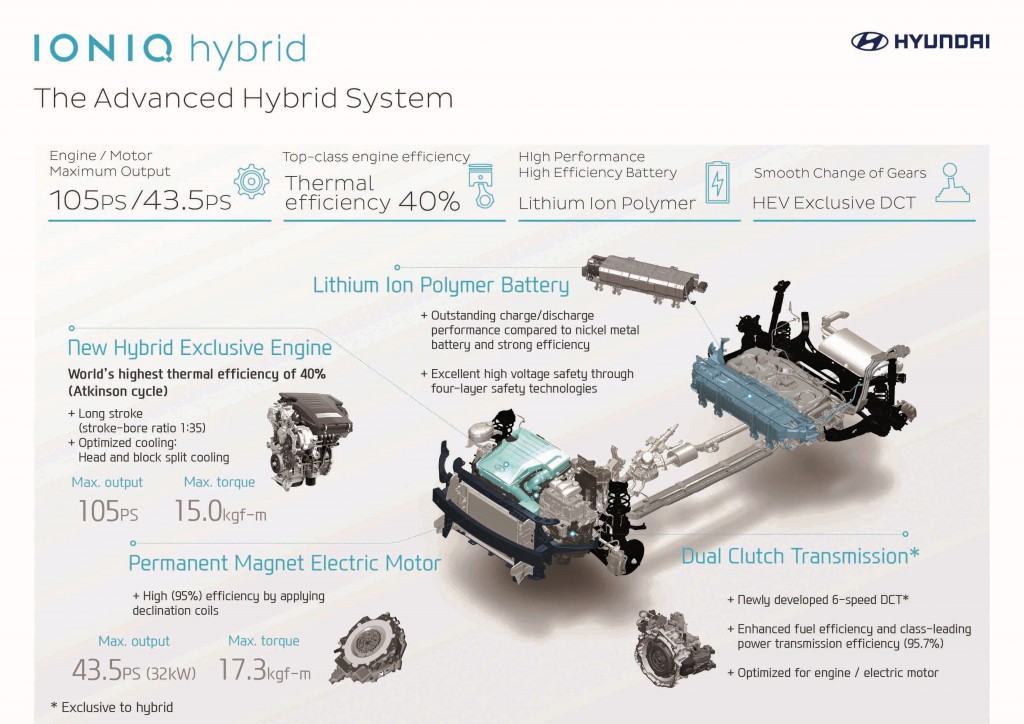 Within the engine, class-leading thermal efficiency of 40% is achieved, while the head and block is split for optimized cooling. The 200 bar high pressure 6-hole direct fuel injector further improves fuel consumption and CO₂ emissions.

The transmission will be a dual clutch automatic transmission. It’s likely the newly developed 8-speeder that’s claimed to be smoother than the existing 6-speed single-clutch and more economical by 7.3%.

Powering the hybrid or electric variant will be lithium-ion polymer batteries which Hyundai claims will “deliver outstanding charge and discharge performance, optimizing output from the high voltage motor and allowing for rapid regeneration.”