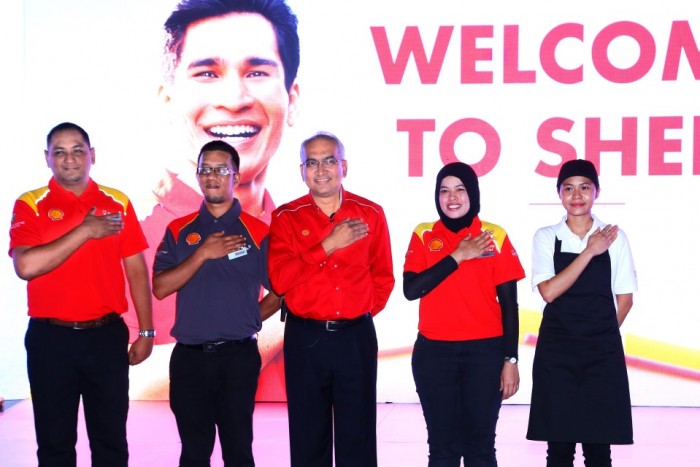 Following the recent news of BHPetrol officially rolling out Euro 5 diesel and Petronas making Euro 4M RON 97 petrol available at their respective stations, Shell Malaysia has announced that both these uprated standards will be applicable to its fuel by the end of this year. This was confirmed by Shell Malaysia personnel yesterday at the launch of company’s new ‘Welcome to Shell’ campaign that aims to raise the service levels of Shell station to match standards set by the hospitality industry.

The programme is due to roll out in various markets across Asia, with Malaysia being the first. Its scope will includes service and hospitality training for exceptional customer experiences, a host of enhanced offerings and upgrades to existing Shell Select stores, fresh food and beverage options under its deli2go brand, as well as improved facilities such as suraus (prayer rooms) and toilets. Shell aims to complete this three-year transformation programme by 2017.

“Welcome to Shell is a promise to deliver outstanding service quality and enhanced offerings for our customers. We want them to be wowed by their experience at our stations and we hope to make their journeys better, so that they leave a little happier than when they arrived,” said Tuan Haji Azman Ismail, Managing Director, Shell Malaysia Trading Sdn. Bhd. and Shell Timur Sdn. Bhd.

Conceptualization of the programme began after collating feedback from a survey conducted by Shell in May 2015, in which it was learned that nearly three quarters of survey participants planned stops at service stations during their journey to relax. An overwhelming majority of respondents (95%) also indicated friendly store staff as vital to a positive retail experience. Respondents also revealed that, as motorists, they wanted to enjoy fresh food and beverages (94%) and a welcoming area for them to sit and relax (90%) when they visited retail stores.

With the programme underway, Shell aims to complete on-site training for no less than 8,000 service staff serving in its extensive network by 2016. Selected service stations will be upgraded by revamping current Shell Select stores to a new award-winning retail design as well as launching its own in-house food and beverage section under its deli2go brand.

New and improved facilities are further planned for particular stations from now until 2017. These include suraus (prayer rooms) and toilets, dedicated seating lounges with Wi-Fi connectivity, as well as device charging stations.

Commenting on Shell Malaysia’s aspirations, Tuan Haji Azman said, “With Welcome to Shell, we are not only aiming to set the gold standard for customer service and experience in the fuels retailing industry. In fact, we want to be benchmarked against the very best; to achieve the service standards equivalent to that of the hospitality industry, such as those experienced at hotels. At the end of our journey, we want to make Shell synonymous with the best hospitality brand on Malaysian roads.”