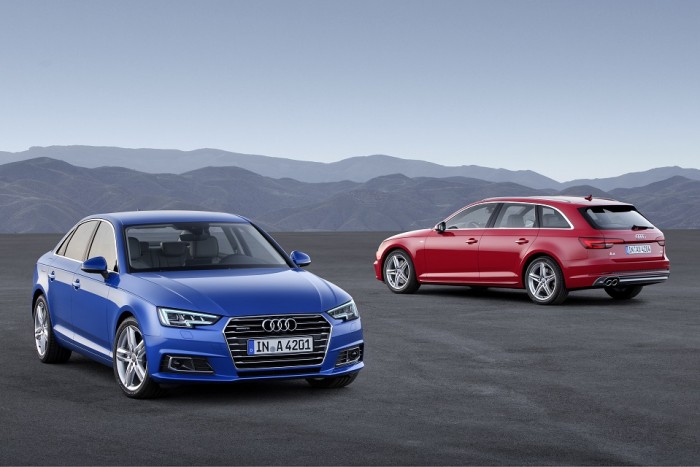 The sheets have officially been taken off the all-new B9 Audi A4, which will be hitting the roads of Germany and Western Europe this autumn. Sporting an evolutionary development of its styling from the outgoing B8 A4, the B9 will nevertheless be all-new inside, being underpinned by the Volkswagen’s Group new-generation MLB platform for longitudinal engine models.

Available body styles consist of the conventional four-door sedan alongside the five-door Avant wagon model, although as usual, we expect only the former to be offered in Malaysia. Engines at launch include a range of petrol and diesel powerplants, all Euro 6 compliant, making outputs ranging from 150 to 272hp. A natural gas variant is also planned. 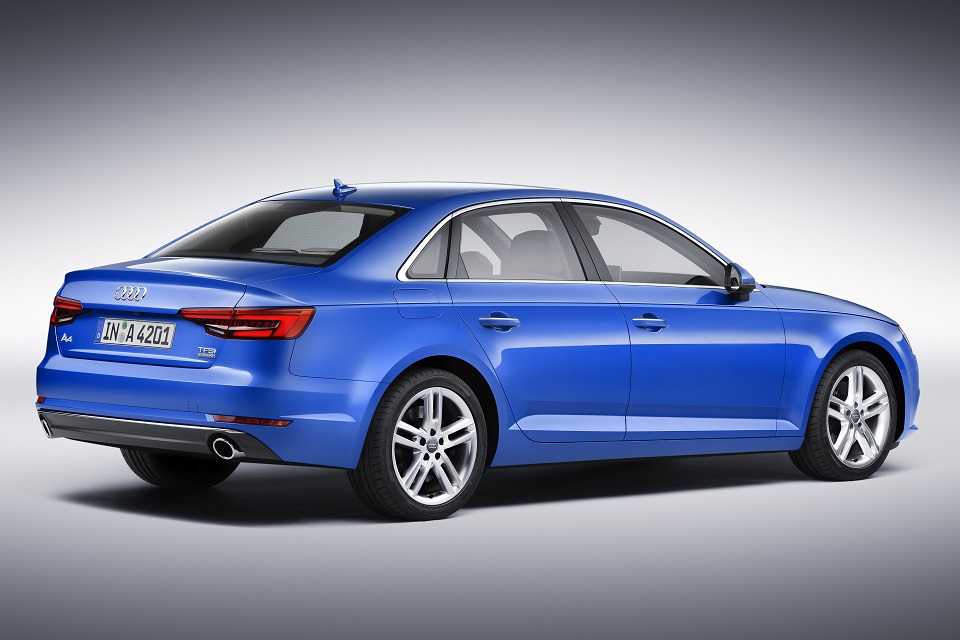 Auto stop/start is made standard for all models, and Audi has even refined the technology to the point where the engine can be cut off when the vehicle’s speed drops to 7kph; 3kph in the case of the highest-powered 3.0 TDI model that leads the range’s performance charts with 272hp and 600Nm. Fitted with an 8-speed automatic transmission and quattro all-wheel drive as standard, this variant is capable of hitting 100kph from rest in 5.3 seconds whilst consuming a rated 4.9 l/100km in sedan format.

A lower-powered version of the same V6 TDI engine, which weighs an impressively light 190kg, is also available, tuned to a more modest 218hp/400Nm and available with front-wheel drive paired with a 7-speed S tronic dual clutch gearbox. Provisionally, Audi quotes 4.2 l/100km on the combined cycle. 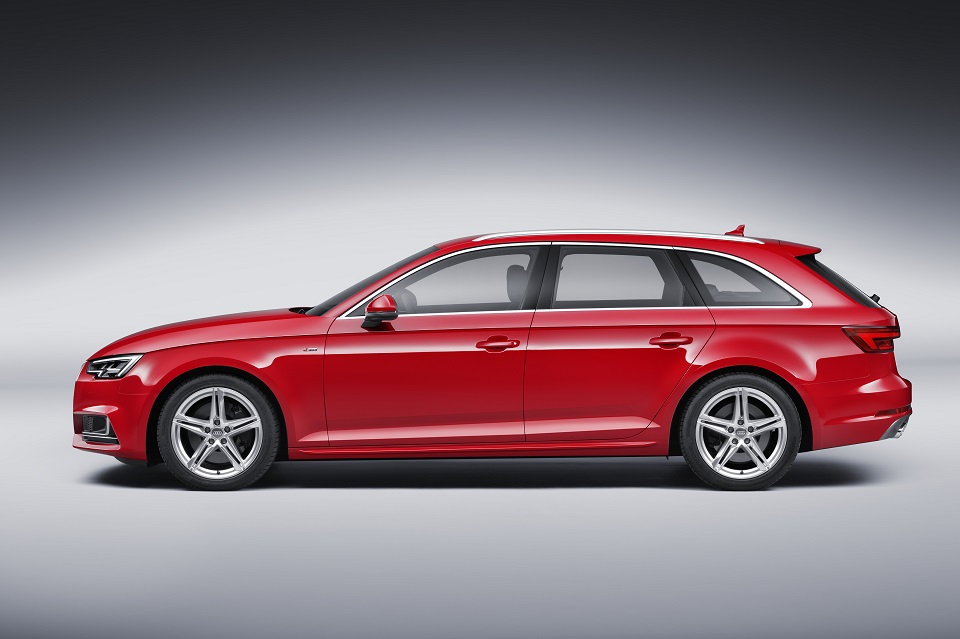 The bulk of European sales are expected to be accounted for by the 2.0-litre four-cylinder diesel variants, all of which sport the same 1,968cc in varying stages of tune. At launch, the choice is between outputs of 150hp/320Nm and 190hp/400Nm. Both versions are offered with a choice between 6-speed manual and 7-speed dual clutch transmissions, with quattro AWD optionally available with the 190hp model.

Both 2.0 TDI engine tunes will later be offered with even more economical ‘Ultra’ versions that come with revised transmission ratios, suspension, aerodynamics, and low rolling-resistances tyres allowing consumption to go as low as 3.7 l/100km for the 150hp sedan version with manual transmission. A third 122hp variant of the 2.0 TDI will be added to the menu at a later date. 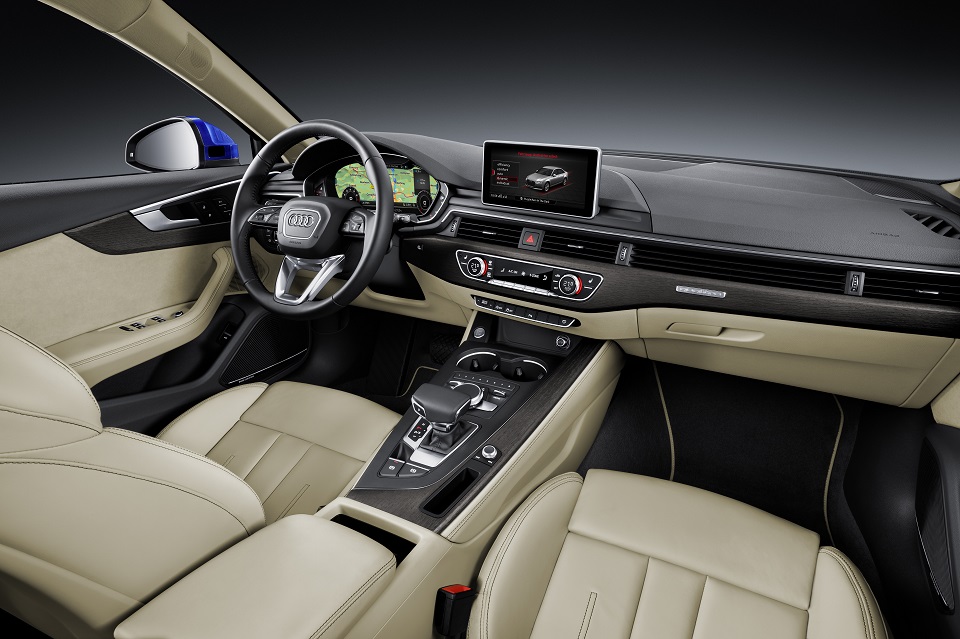 Petrol versions of the A4 consist entirely of four-cylinder engines, starting with the 1.4-litre EA211 powerplant from the current-generation Volkswagen Golf rotated 90 degrees. Replacing the entry-level 1.8 TFSI of the current model, the new A4 1.4 TFSI produces a respectable 150hp and 250Nm, having the ability to sprint from 0 to 100kph in 8.9 seconds when specified with a sedan body and the S tronic dual clutch transmission. It is 21 percent more efficient than the outgoing 1.8 TFSI, sipping fuel at a rated 4.9 l/100km.

Upper reaches of the petrol range features a newly-developed 2.0-litre TFSI engine offered in two states of tune. Technical refinements incorporated into this engine include a cylinder head-integrated exhaust manifold, Audi valve-lift on the outlet side, electric wastegate for the turbocharger, and dual fuel injection. 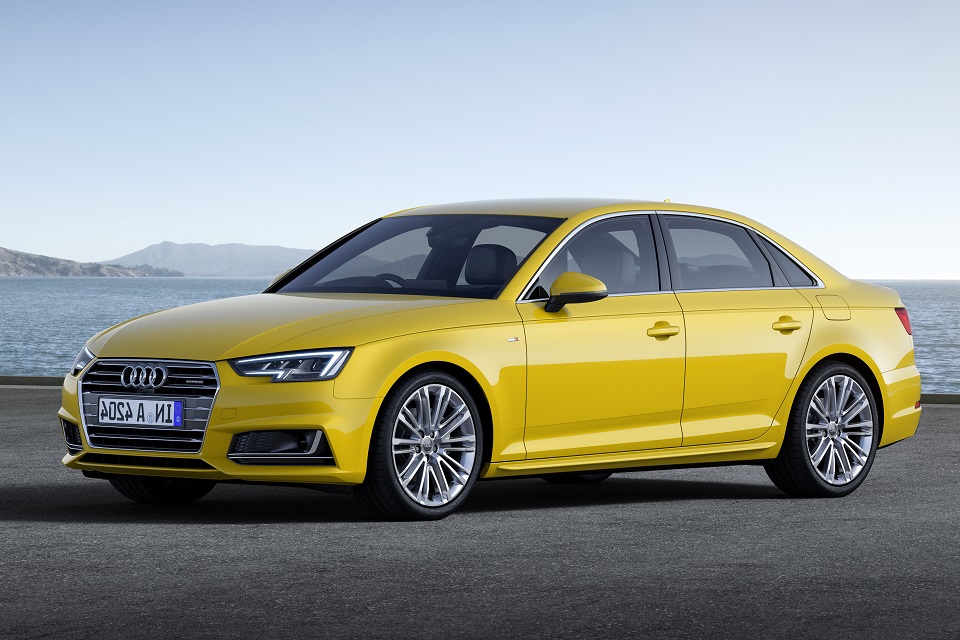 The 2.0 TFSI engine operates on a unique combustion cycle that shortens the time of the compression phase but increases its compression ratio. In simple terms, despite displacing two litres, this engine only needs to compress as much gas as the 1.4 TFSI model. This approach, Audi states, is to optimize fuel consumption in partial load, which is the vehicle’s most common mode of operation.

The two output states on offer with this engine generate 190hp/320Nm and 252hp/370Nm. All three petrol variants of the A4 can be had with manual or dual clutch transmission, but only the 252hp 2.0 TFSI model has the option of quattro AWD.