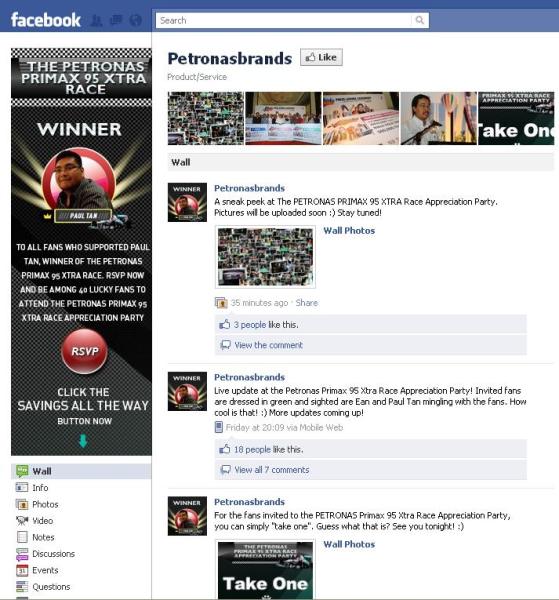 An Appreciation Party was held last week at The Curve, where Paul and his rivals celebrating together with about 100 of Paul’s fans on Facebook. Throughout the race, the three celebrities tirelessly took to Facebook, Twitter and their respective blogs to call for support. At the end, Paul’s 500 supporters was enough to see him past second-placed Juliana, who racked up 418 supporters.