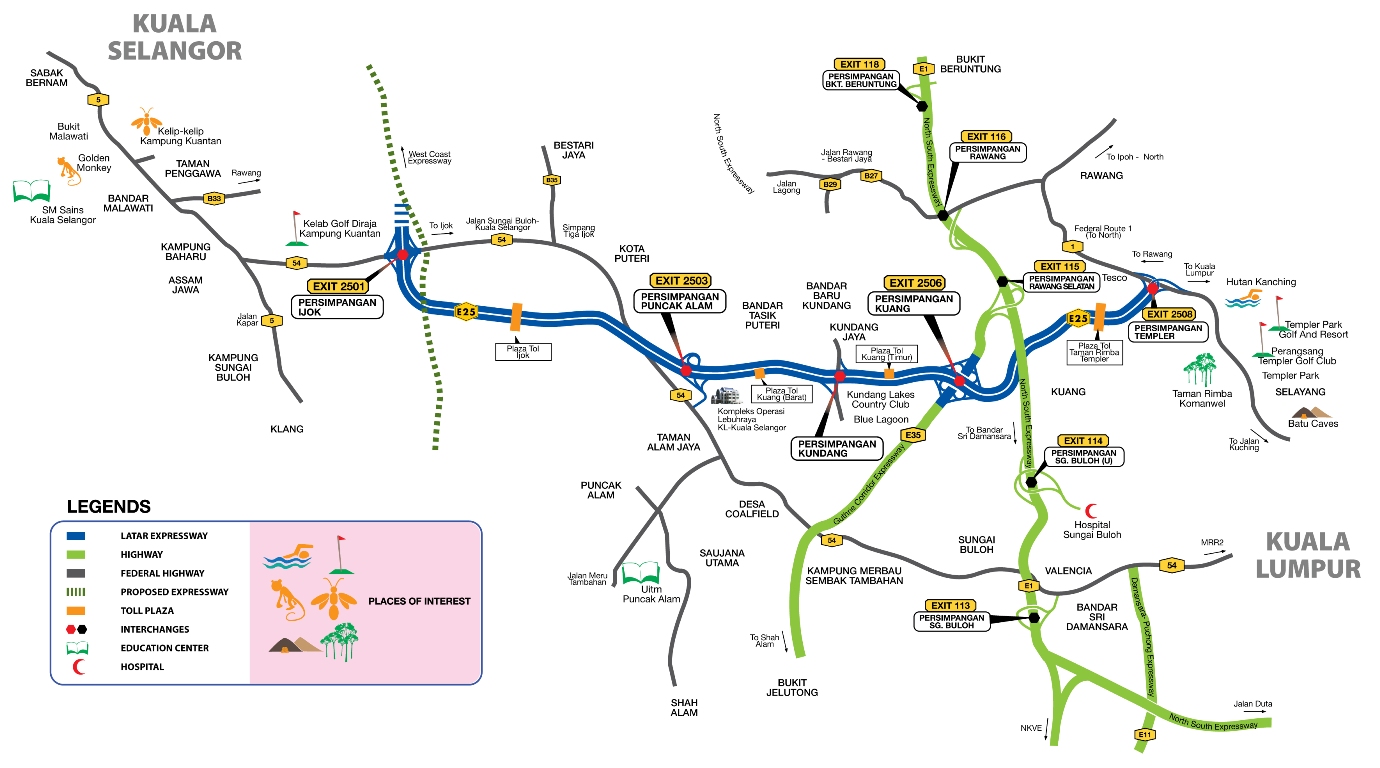 Upon its launch, the LATAR Expressway will complete 75% of the planned Kuala Lumpur Outer Ring Road (KLORR), and will be linked with the Guthrie Corridor Expressway (GCE), PLUS Highway, and the future West Coast Expressway (WCE). Forming northwest portion of KLORR, LATAR is oriented in the east-west direction. 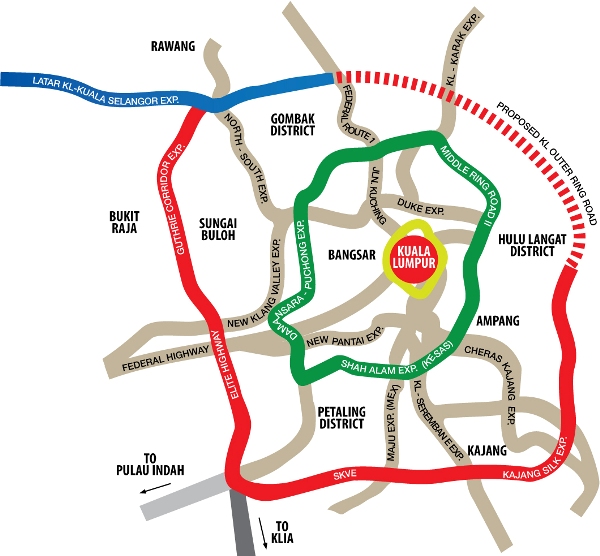 The highway consists of four interchanges:

As an aside, the numbers assigned to each interchange are not random, but follow a specific convention that is adopted at all highways nationwide. The first digit of a three-digit interchange number, or the first two digits of a four-digit interchange number always indicates the highway in which the said interchange belongs to. In this case, ’25xx’ denotes the LATAR Expressway, as it is designated the E25. PLUS Highway interchanges for example, are all numbered 1xx. The last two digits of the number are interchange specific. In the case of LATAR, certain numbers such as 2502, 2504, and 2505 were deliberately skipped for possible additions of future interchanges.

In a media sneak preview of the highway organized by KLSEB today, it was stated that toll rates and the exact opening date will be announced soon by the Works Ministry. We drove through the highway with escort by LATAR personnel at a pedestrian pace. Let’s just say that we are looking forward to take a few test cars over there for a spin. See for yourself. 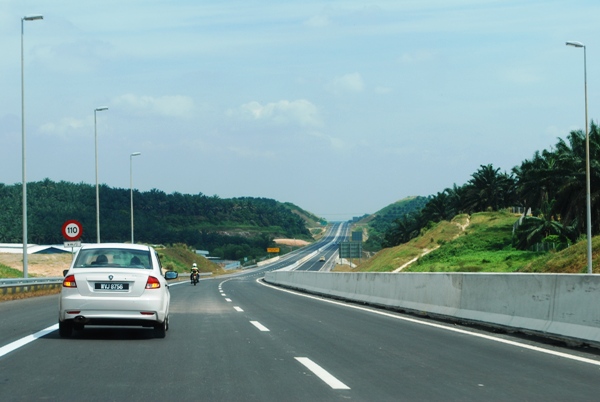 Pray that the speed cameras don’t go up.