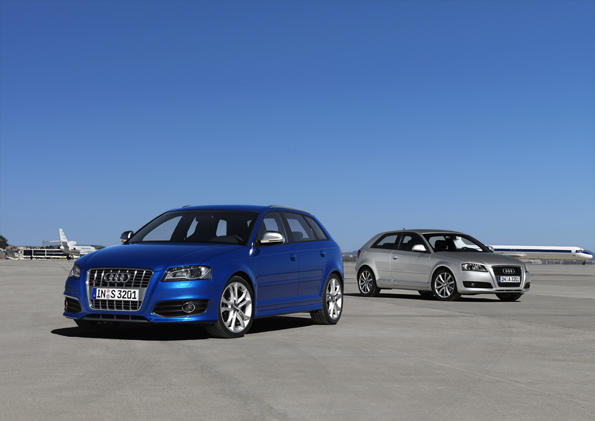 The upcoming Frankfurt Motor Show (IAA) will see Audi present three new models said to embody ‘Audi’s conviction that dynamics and efficiency are not mutually exclusive’. Unlike past editions which saw the debut of the Q7 (2005), B8 A4 (2007), and C6 RS6 (2007), Audi’s pavilion in IAA 2009 will see cars with familiar bodies housing new engine combinations. The model ranges of the A3, A4, and A5 will each be joined by one new variant – the A3 1.2 TFSI, A4 3.0 TDI, and S5 Sportback respectively.

The new 1.2-litre petrol engine brings the total number of engine options available in the A3 to ten. Designed from scratch, the new engine’s crankcase is constructed from aluminium, endowing it with a slim 89.5 kilos of mass. Its four cylinders displace 1,197cc, with entry and exit from the combustion chambers regulated by eight valves and a single overhead camshaft.

Air and fuel are fed by means of a turbocharger and common-rail injection, giving it output figures exceeding 1.6-litre NA engines. Its 105hp power output is impressive, but its torque, 175Nm @ 1,500 – 3,500rpm is nothing short of astonishing. Result, the speedos of both the A3 and A3 Sportback in this engine enter three digits in a little over eleven seconds, with a top speed of 190kph (claimed figures, of course). Consumption is claimed to be 5.5 litres/100km, while CO2 emission stands at 127 g/km.

Sales will commence in Q1 2010, with front-wheel drive and a 6-speed manual transmission the only available drivetrain combination in the initial stages.

A3 range to be joined by new 1.2-litre TFSI variant.

While the A3 received a smaller, perkier motor, the A4 got itself one extracted from the Q7 SUV shoe-horned into its engine bay together with the quattro system and the 6-speed Tiptronic transmission. The figures of interest? Six-cylinders, 2,967cc, 240hp @ 4,000 – 4,400rpm, and a glorious 550Nm @ 2,000 – 2,250rpm. Migrating from the massive Q7 to the compact A4 has allowed the engine to slash both its consumption figures and 0-100 sprint times, with Audi claiming those said numbers at 6.7 litres/100km and 6.2 seconds respectively. 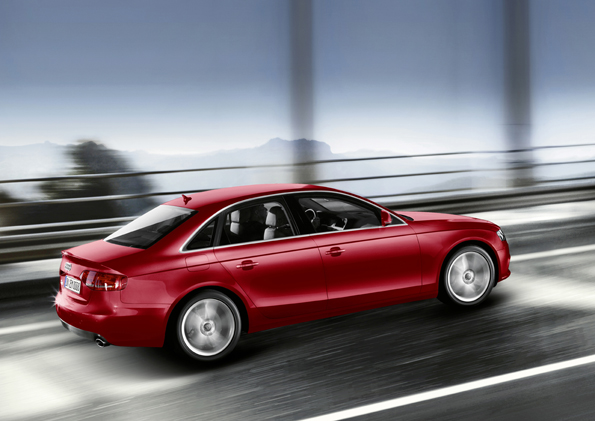 There are two variants of the S5 – Coupe and Cabriolet. They may wear the same badge, but not exactly the same heart. The S5 Coupe features a 354hp 4.2-litre V8 powerplant, but the Cabriolet makes do with 120cc and two cylinders less. Powering the topless S5 is a 3.0-litre TFSI engine taken from the S4. It produces the same 440Nm of torque like the Coupe’s V8, but has 21 fewer horses. Now, a third brother joins the picture in the form of the S5 Sportback.

Going into the engine bay of the S5 Sportback is the motor from the Cabriolet, paired with the 7-speed S-tronic twin clutch (DSG) transmission and quattro all-wheel drive as standard. Optionally available is a sport differential, which varies power distribution between the rear wheels during cornering. At the corners, 245/50 tyres wrap around 18″ aluminium wheels. Speed-dependent servotronic power steering is included as standard equipment. 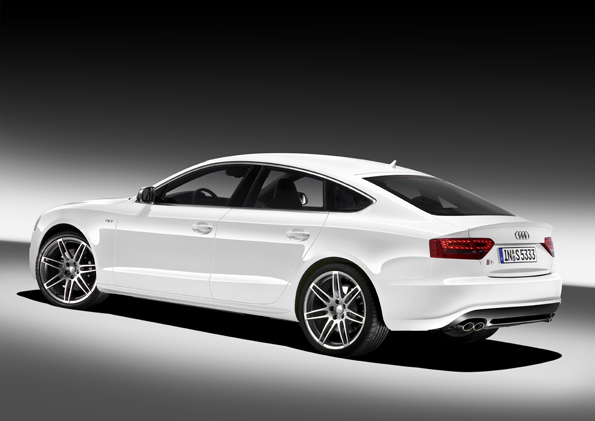