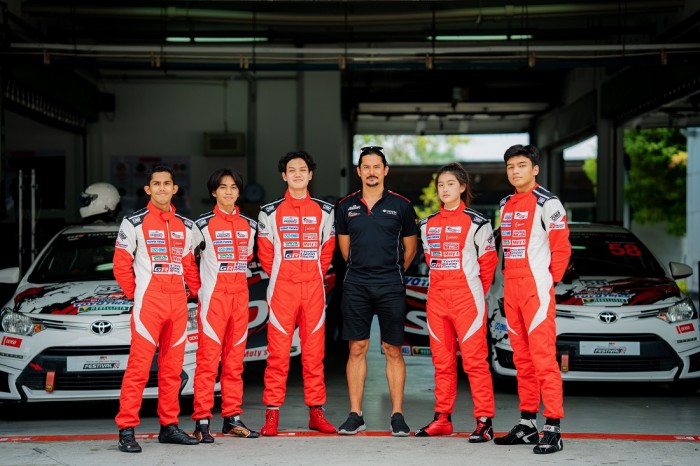 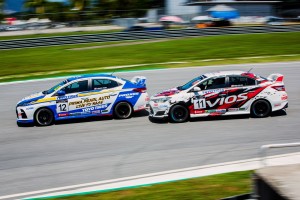 “The one-make format of the Vios Challenge, the increasing number of younger drivers, and the emphasis we have placed on the GAZOO Racing Young Driver Development Program has certainly been able to make a significant impact on the track. It levels the competition between the younger and more experienced drivers, rewards skill and race craft, and promotes an even higher quality of racing on the track,” said UMW Toyota Motor Sdn Bhd President Ravindran K.

Round 1 of the Toyota GAZOO Racing Festival Season 5 held last weekend produced an exciting afternoon of close and hard fought battles on the track, an element that has traditionally defined the racing action in the series. 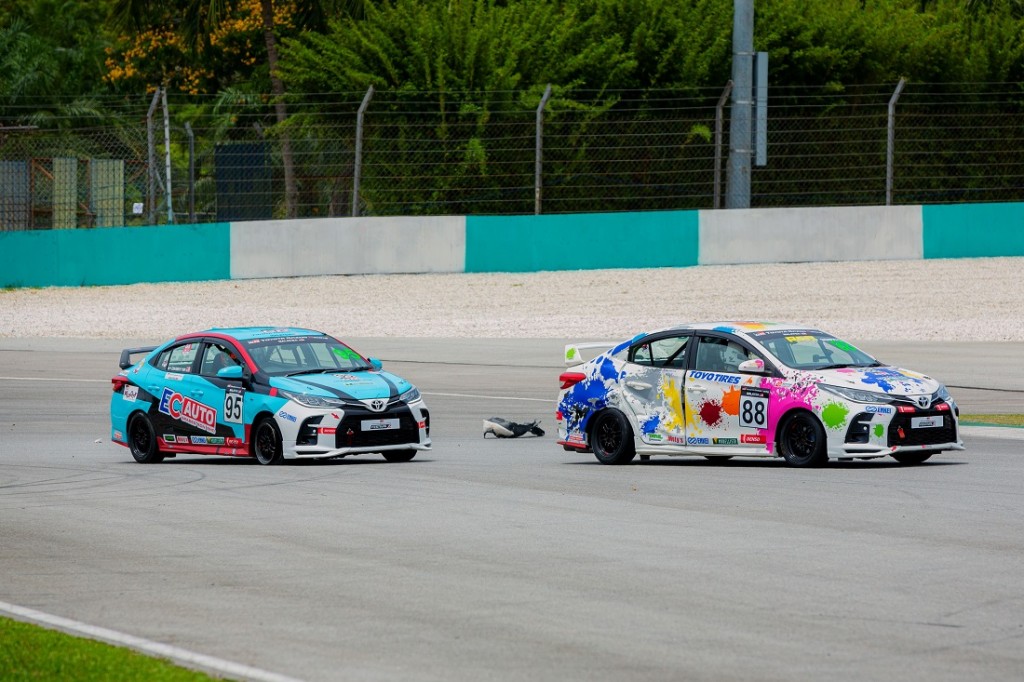 The action on the track in all 4 classes of racing i.e. Super Sporting Class for elite drivers; Sporting Class for amateurs; Rookie Class for young drivers; and Promotional Class for celebrities, was incredibly intense from start to finish. It was also not short on incidents, with the top contenders forced to dig deep to fight for a podium spot. The door-to-door skirmishes had all the makings of an epic battle of youth against experience which is an indication of even more racing excitement in the races to come. 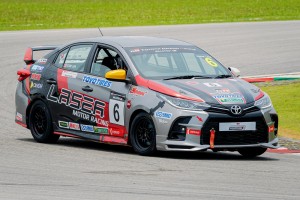 In Race 2 of the Super Sporting Class, veteran driver Eddie Lew made an incredible start from 4th place on the grid to lead the 20-lap race from start to finish. The battle for 2nd and 3rd was fierce with no fewer than 5 drivers fighting for position. This fight was enough distraction to allow Lew to extend his lead from 3 to as much as 10 seconds at one point in the race. Lew, who races for Laser Motor Racing, eventually took the chequered flag with a comfortable 5.58 second lead over of his nearest rival on the 2.7 km half track of the Sepang International Circuit. 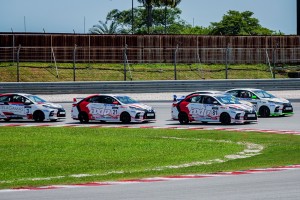 “I got a very good start and pulled away. I just maintained a good pace at the front but I took notice of Cheah catching up,” said 48-year-old Liew who rounded off the weekend with a race win in Race 2 and a 3rd place finish in Race 1. “Luck was certainly on my side today. Both Cheah and Ang are in fact very fast drivers.” 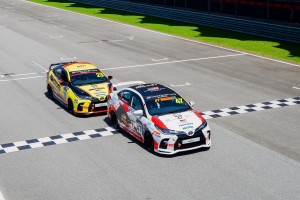 The Sporting Class also produced its fair share of on-track drama but at the end of the 20-lap race, it was Crestmax Motorsports’ Bradley Benedict Anthony who took the race win, followed by Panglima City Racing Team’s Kenneth Koh and 23 Motors’ Abdul Miqail.

Saturday’s Race 1 winner Naquib Azlan of Axle Motorsports had won Race 2, but his hopes of a double race victory weekend was shattered when he was later handed a 30-second penalty, effectively dropping him to 7th position overall.

“I started from 4th position, I paced myself and the incidents that occurred in front allowed me to take advantage of the situation. My main goal in every race has been to collect as much valuable points as I can with the overall championship in my sights,” said Bradley who rounded off the weekend with a race victory in Race 2 and a 3rd place finish in Race 1. 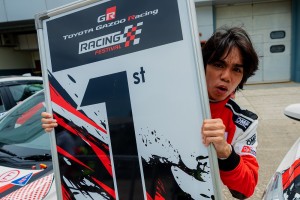 Meanwhile, in the Rookie Class for young drivers, 18-year-old Sharique Zulqarinain rounded up his racing weekend with a double podium finish. He was victorious in Race 2 and bagged 2nd place in Saturday’s Race 1. Finishing in 2nd spot on Sunday was 20-year-old Muizz Musyaffa. While securing 3rd in both Race 2 and 1 was 19-year-old Muhammad Hamdany Abdul Hamid.

“I had a really bad start in Race 2 and I was honestly not filled with hope but throughout the race I remembered what my mechanics and dad had told me which was to just keep a cool head and have fun. I was just trying to set a consistent time on every lap and in the process I began overtaking the other competitors. From then on it was just a job of maintaining my pace,” said Sharique. 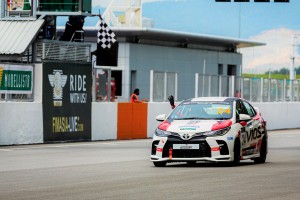 Among the celebrities in the Promotional Class, actor Shukri Yahaya claimed victory in Race 2. This was subsequent to his 2nd place finish the day before. Fellow actor Zizan Razak however, was the man to watch in the race as he clawed his way up from last place to finish 2nd in the 18-lap race. Presenter Nabil Ahmad claimed the 3rd podium spot.

These results put Shukri and Zizan level on championship points as each driver won one race and finished 2nd in another. Zizan, who start Race 2 from 6th on the grid, endured the misfortune of being spun around on the opening lap which dropped him to last place. His pace on the track however, was visibly quicker as he picked out the other drivers one at a time. 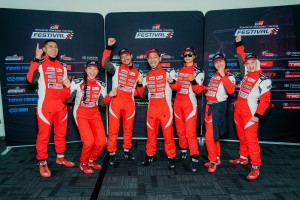 “I take racing very seriously. It’s something that has interested me since I was very young. As my entertainment career progressed it slowly allowed me to begin venturing into tracks days, taking up karting and even to the extent of competitively racing karts. It came to a point that I realized that one of my weaknesses was the limited time I had driving on the track and that was when I eventually invested in a simulator to practice,” said Zizan.

“This enabled me to improve on my braking and racing line, and I have been able to effectively apply all that I have learnt in the Vios Challenge…And when we have practice sessions conducted by Toyota to prepare for the series, I do my best to spend an entire day of driving to make sure I can achieve the lap times I am targeting for.” 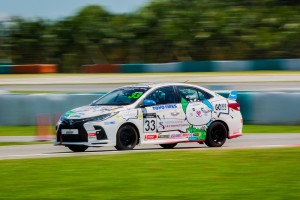 Round 2 of the Toyota GAZOO Racing Festival and Vios Challenge race series is scheduled for June and UMW Toyota Motor hopes that it will once again be able to safely invite the public to share the excitement. The series had been held as a restricted and private event for 2 seasons due to the pandemic.