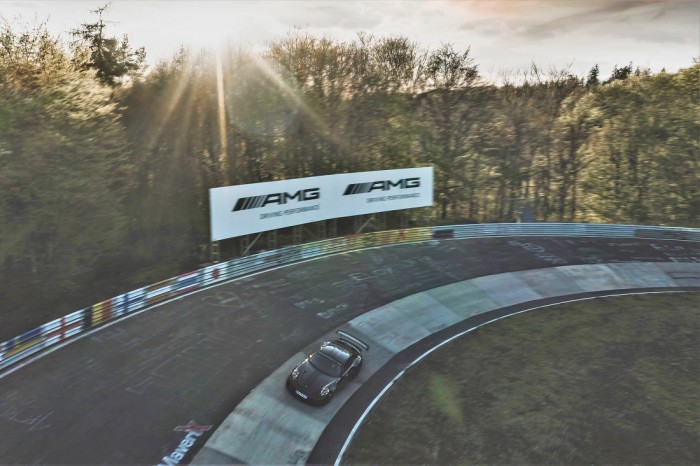 A Porsche 911 GT2 RS, fitted with a Manthey Performance Kit, has set a new lap record at the famed Nürburgring Nordschleife. The best time achieved by the 911 GT2 RS was 6:43.300 minutes, and is a record for road-approved production cars on the 20.8-kilometre “North Loop” track. The previous road-car record was 6:48.047. 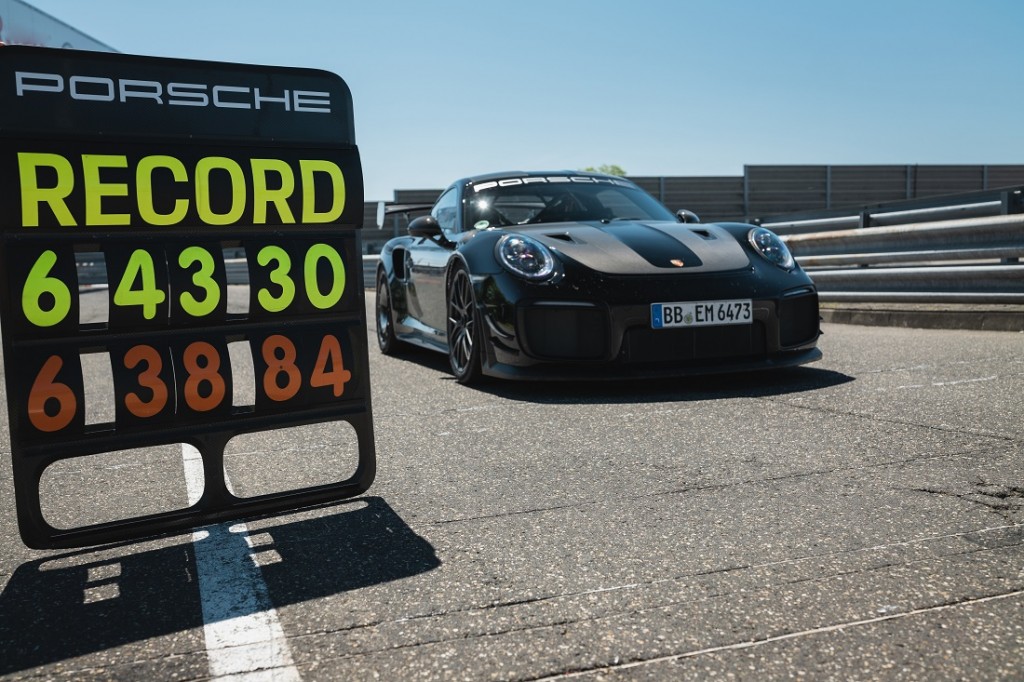 Breaking the record with the 700 PS 911 GT2 RS is Porsche development driver, Lars Kern, who shaved off 4.747 seconds from the previous record on 14 June 2021, in the presence of a notary. Kern managed his record-beating run with road-legal Michelin Pilot Sport Cup 2 R tyres, at an average speed of 185.87 km/h. 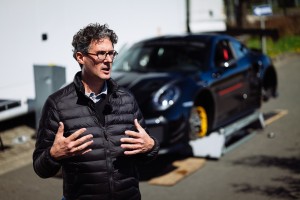 The new Performance Kit was developed as part of a close collaboration between Porsche’s engineers in Weissach and Manthey’s Nordschleife specialists in Meuspath. Meanwhile, the circuit-focused Porsche Tequipment components can be bought via Porsche Centres.

“Our GT customers often use their cars on circuit, such as on track days,” says Frank-Steffen Walliser, Vice President Model Lines 911/718. “The engineers at Manthey and Porsche have together developed a perfectly tuned package that allows the 911 GT2 RS to deliver even higher performance.”

Lars Kern broke the record despite high-summer conditions and a track temperature of 41 degrees Celcius. “The 911 GT2 RS sticks to the track like glue with the Manthey Performance Kit – you feel as if you’re in a racing car, especially on faster corners. It is truly breathtaking how the car puts its 700 PS down, and how incredibly well it brakes while always remaining easy to control,” says Kern. 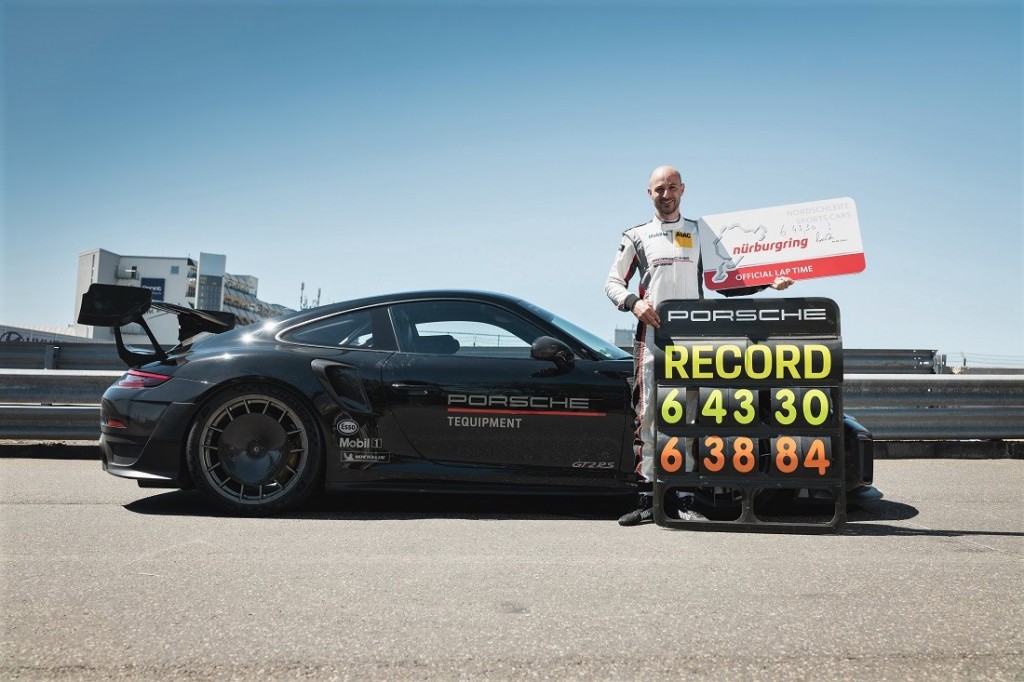 The Manthey Performance Kit from Porsche Tequipment consists of chassis, aerodynamic and brake components specially developed for the 911 GT2 RS. Included also are the Weissach Package’s light magnesium alloy wheels. “The individual components of the Performance Kit are precisely matched to one another. They only become fully effective when they are all installed together. As a result, the kit is only available at the moment as a whole package. Individual offerings are currently being evaluated,” says Alexander Fabig, Vice President Individualisation and Classic at Porsche AG.

Aerodynamic components include additional flaps on the front spoiler to increase downforce on the front axle, additional air guide elements in the area of the front wheels and a carbon underbody. Downforce increases from 49 to 70 kg at 200 km/h, and on the rear axle from 93 to 200 kg at the same speed. This is made possible thanks to a new rear spoiler, a modified diffuser and aerodiscs on the rear wheels.

“We are proud that Lars Kern was able to improve the lap time of the 911 GT2 RS in this way thanks to the Performance Kit, developed together with Porsche and optimised in many areas,” says Nicolas Raeder, Managing Director of Manthey-Racing GmbH.

The track-optimised coilover suspension benefits from the many years of motorsport experience at Porsche and Manthey. The front shock absorbers can be adjusted to 3 different settings and there are 4 settings on those at the rear. Further, special racing brake pads for the PCCB ceramic brake system reduce fade and improve responsiveness and control precision. Steel-encased brake lines ensure even more direct pedal feedback. Meanwhile, the magnesium wheels, 20″ at the front and 21″ at the rear, offer an 11.4 kg weight saving and are available in Brilliant Silver, Black, Aurum, White Gold Metallic and Platinum. There is also an additional water tank for spray-cooling of the intercoolers that increases overall water volume by approximately 9 litres, thus increasing the time between refills.

“With these newly developed parts, we have made an extremely good car even better. The 911 GT2 RS with Manthey Performance Kit is perfectly tailored to the needs of those customers who like to take their cars on track, especially the Nürburgring Nordschleife. This 6:43.330 time for the whole lap is equivalent to 6:38.835 for the old shorter variant, so makes a real statement,” explains Andreas Preuninger, Vice President GT Cars.