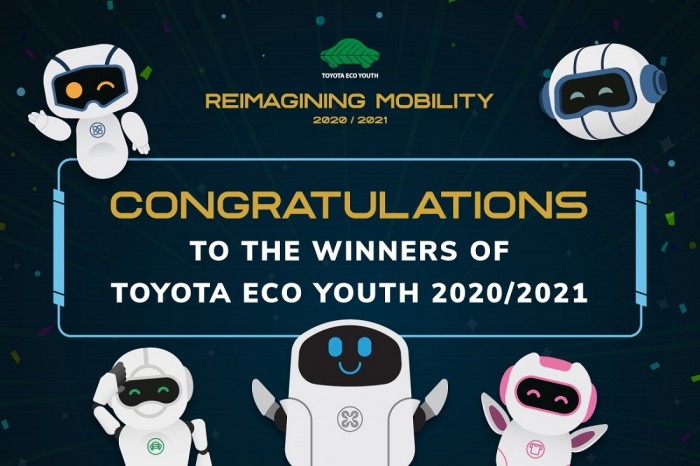 The 20th Toyota Eco Youth (TEY) program has concluded with the naming of the winning teams. Out of the 282 teams from 177 secondary schools around the country that submitted entries, 16 teams were shortlisted to continue formulating their proposals. This was further reduce to the final 10 teams. From this, the Top 5 teams were named as winning teams.

This year’s TEY program ran the theme of ‘Reimagining Mobility’, with the spirit of inclusiveness and freedom of ideas as the foundation to this theme which depicts the creation of safe and eco-friendly mobility. The proposals of the shortlisted 16 teams were posted on social media channels for the public to view. Additionally, each team developed a podcast episode presented on the TEY Channel in two platforms – Agency on Leaderonomics FM and On TEY Channel. On 29 May 2021, the 10 finalists made their pitches to the judging panel via online presentations. After deliberation, the following results were announced:

For the 2021 edition of TEY, the total prize money was doubled to RM64,000 to further reward ingenuity among the youth. This year, the winning team received RM20,000 in cash, followed by RM15,000 for second place; RM10,000 for third place; RM7,000 for fourth place and RM5,000 for fifth place. The Most Supportive Teacher was rewarded with RM3,000 and RM1,000 each was offered for Best Community Engagement and Top Agent M.

The current pandemic and movement restriction have limited activities and engagement, presenting new challenges to the organiser and participants. Thus the activities for this TEY program were done online with interactive e-learning lessons and workshops, unlike previous years.

In these sessions, the participants were trained on project management skills that incorporate Toyota’s Problem-Solving Methodology. This new e-learning approach, conceived within a few months, has proven successful and it will be adopted in future programs.

“I would like to express my sincere appreciation to UMW Toyota Motor for their initiatives to carry on this meaningful program in educating youths every year and for the relentless effort to create awareness on the importance of conserving environment and our habitat,” said Dato’ Haji Adzman who also commended UMW Toyota Motor for hosting the Toyota Eco Youth Program since 2001. 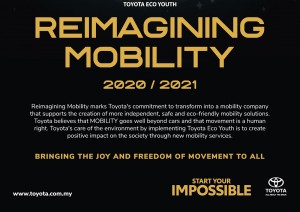 “This year’s Toyota Eco Youth program reflected the adaptability of the new generation to embrace technological advancements and take on an innovative approach in solving the environmental problems. The fundamental training which is the Toyota Problem Solving methodology was done virtually and I’m proud to say that all students were extremely receptive towards it,” commented Encik Mohd Shamsor.

“Throughout the program, with the guidance of teachers and mentors, the participants would have learnt team spirit, confidence, communication, presentation skills, all of which encompass a more holistic learning experience,” he added.

For the winners, the program does not end, as it did in previous years. The duration of the program will now be for 3 years and the winners from the 2020/2021 edition will continue as facilitators for the following year’s batch. They will thus be able to contribute their experience to the next batch. At the same time, digitalization of TEY is taken up a notch by setting up a TEY Apprentice online club. 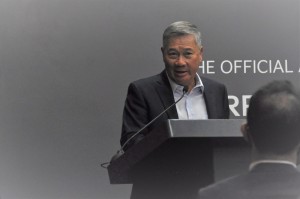