Bermaz Auto Berhad (BAuto; formerly Berjaya Auto) has partnered with Kia Motors Corporation of South Korea to form a strategic partnership for the local assembly of Kia vehicles in Malaysia. A newly incorporated
company, Kia Malaysia Sdn Bhd (KMSB) will be formed to undertake the completely knocked down (CKD) operations of Kia vehicles in Malaysia. Kia intends to make KMSB the regional manufacturing hub for ASEAN countries and other potential markets, primarily for right-hand-drive vehicles.

Also taking effect from this partnership is the appointment of Dinamikjaya Motors Sdn Bhd as the sole distributor of Kia vehicles in Malaysia. Dinamikjaya (DJMSB) is a subsidiary of BAuto. As the new distributor, DJMSB holds the right to distribute and sell Kia vehicles, CKD and completely built-up (CBU), sale of genuine parts as well as in the provision of aftersales service, as well as to build Kia’s brand reputation and awareness in Malaysia. 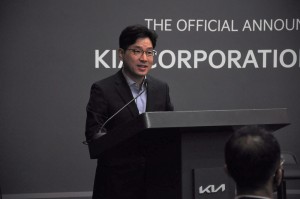 “After months of searching for the right partner, Kia is delighted to enter into the Kia JV and Kia Distributorship with BAuto. With BAuto’s proven capability in successfully building up automotive marques in Malaysia and the Philippines as well as their automotive manufacturing experience, we believe we have placed the Kia brand in good hands under the capable leadership of its Executive Chairman, Dato’ Sri Ben Yeoh.” says Mr Tae Hun (Ted) Lee, the President and Chief Executive Officer of Kia Asia Pacific. 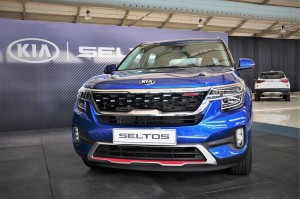 This alliance will see three Kia models planned for local assembly in Malaysia i.e. Kia Seltos, Kia Carnival and a model to be determined later (another SUV would be a good guess). However, don’t count on these being available next month as the ink on the agreement had just dried and all parties have to work on the nitty gritty, as well as obtain the relevant approvals. A reasonable timeline for the commencement of CKD operations is about 12 – 18 months, depending on complexity (training, logistics, equipment set-up, etc) and also how fast approvals are obtained. 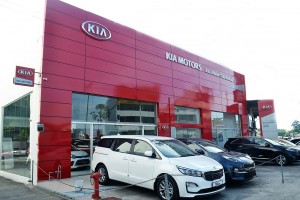 What would be more immediate however, is the management of the dealerships and engagement with current and potential Kia customers. BAuto had said that the immediate priority is to work out solutions for both the Kia dealerships and Kia vehicle owners, as well as to manage the existing inventory. This ball, however, would fall not just into BAuto and Dinamikjaya’s court, but also Kia Motors, which should offer support to the new distributor to repair and enhance the brand’s image and market perception. 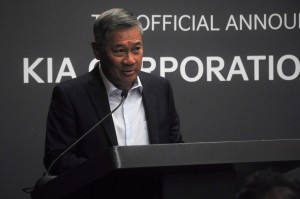 “We are pleased to be given this opportunity to undertake the Kia JV and Kia Distributorship with our partner, Kia under Hyundai Motor Group, which is Korea’s second-largest multinational automotive manufacturer and currently the fifth-largest automotive manufacturer in the world. Kia marque vehicles are well-known for their stylish looks, packed with smart features, frequent facelifts and new launches that keep prospective buyers excited over its products. The Kia JV and Kia Distributorship will complement our existing Group automotive businesses and we look forward to a successful collaboration with Kia.” says Dato’ Sri Ben Yeoh, the Executive Chairman of BAuto.

Mr Ted Lee further adds, “BAuto is a renowned public listed automotive company in Malaysia. It has a strong management team and good track record. Hence, Kia is confident that the Kia JV and Kia Distributorship will promote growth and bring synergistic benefits to both parties.”