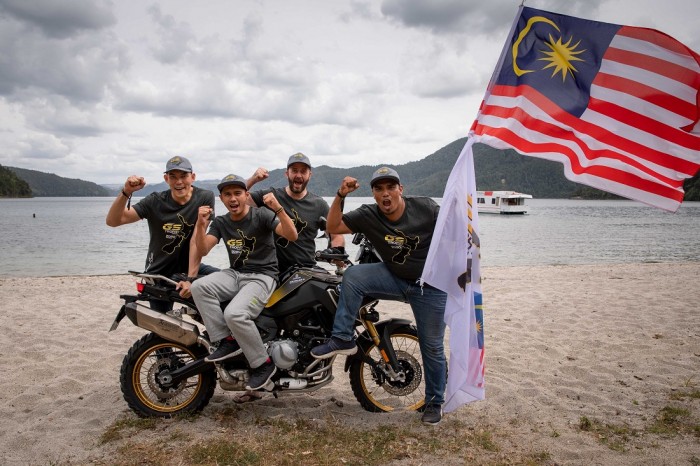 The Malaysian trio of Norizuan Abdullah, Chan Kiang Wei and Mohd Zulfakar bin Mohd Alghaus, joined their maiden BMW Motorrad International GS Trophy 2020 challenge recently and managed to complete it. The trio finished in a commendable 18th spot, pushing through a challenging first half to place above other teams like Team India and Team North Africa. 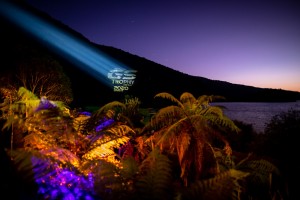 The BMW Motorrad International GS Trophy 2020 saw 23 teams made up of 40 different nationalities go up against each other on a thrilling 3,000 km adventure. Over eight days, the seventh edition of the prestigious motorcycle competition featured multiple adrenaline-pumping challenges that saw riders zipping across the scenic landscape of both the North and South Islands of New Zealand. 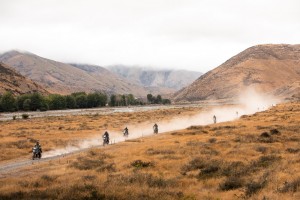 “The BMW Motorrad International GS Trophy is the world’s most prestigious premium adventure motorcycle competition with diverse participants from across the globe coming together to celebrate Make Life a Ride. We are proud to see our local team at the competition, representing not just Malaysia but all of Southeast Asia as well for the very first time – making a name for themselves on the global stage,” Harald Hoelzl, Managing Director of BMW Group Malaysia said. 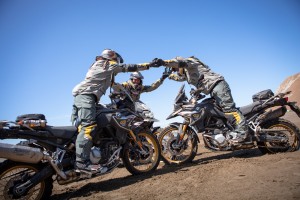 According to Norizuan Abdullah, one of the members of Team Malaysia, “It is a huge achievement for us to represent Malaysia in the International GS Trophy this year. Even though we had a bumpy start, we worked hard and came out better riders. I believe this is what the GS is about, bringing people together through the thrill of the ride, despite the challenges we have to face. It takes true grit to make it to the finish line and I am so proud we did it. Thank you for believing in us, Malaysia!”

Here is the summary of the International GS Trophy 2020:

Amidst the lush greenery of Rotorua in the North Island, the teams began the first special stage of Day One with a parkour course that offered a vast range of terrain – from smooth flowing tarmac to winding gravel roads. The second and final special stage was a short slalom which saw one rider navigating blindfolded while being guided by another team member via the Sena Bluetooth headset. Team Malaysia placed 18th.

Day Two – Fun on the Beach.

The 140 riders rode on the shorelines of Hawkes Bay for a test of strength as they manoeuvred across the stony beachscape on their BMW F 850 GS. The day closed with a sprint race on the rugged shores of Herbertville, in honour of the famous Burt Monro who was immortalised in the 2005 film, The World’s Fastest Indian. Team Malaysia successfully moved up two ranks to 16th place. 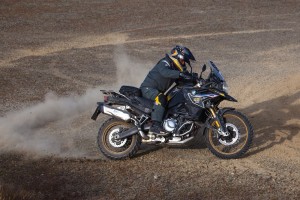 The third day presented a serious challenge to the riders in the form of an extended slalom that tracked through a mix of hard and very soft sand – which was easily completed by Team Malaysia despite sand burying one of the team member’s BMW F 850 GS. The day continued with the Leatt Challenge that saw participants launching their riding gloves into Leatt neck braces laid out before them on the black-sand shores of White Rock, and ended with a special stage challenge. Team Malaysia placed 17th.

It was an early start for riders on Day Four as they took a quick ride through the streets of Wellington, arriving at the ferry terminal where their first challenge of the day ensued. The teams were put to the test with a GS-oriented quiz that challenged their knowledge on the rich history of the GS. Upon arrival on the shores of the South Island, the teams competed on a navigation challenge, followed by the Metzler Tyre challenge where they had to remove and reinstall the rear wheel of a BMW F 850 GS in 15 minutes. Team Malaysia clocked in at 14 minutes and 58 seconds, placing 19th that day.

Riders underwent a 360-kilometre challenge on Day Five, which included 180 km of off-road tracks and the rest on paved roads with spectacular views. The challenge required both slow-riding and memory skills while navigating a tricky trials course. The day ended with the entertaining ‘Rab Challenge’, where teams had to dash across the shores of Punakaiki Beach to a Rab tent, take off their riding boots, unpack a sleeping bag, jump inside and zip it up, before performing the entire procedure in reverse and running back. Team Malaysia moved up two ranks to 17th, tying with Team India.

Day Six offered the longest riding distance of the competition, but for the 22 teams of amateur BMW GS riders, it offered the perfect blend of challenging riding conditions. The first obstacle of the day was the Rent-a-Ride challenge – held at a quad track close to Greymouth, where two of each team’s riders have to negotiate a technical single-trail route through rough terrains. Due to Day Six’s longer riding distances, participants got to enjoy the rest of the day on a breath-taking ride towards the famous Arthur’s Pass National Park. Team Malaysia placed 19th.

Day Seven – You shall not pass.

Dubbed the ‘day of the passes’, Day Seven offered four thrilling off-road mountain sections for the participants to cross on an unforgettably scenic ride from Lake Tekapo to Wanaka. Beginning with the ‘Akrapovic Challenge’, riders were challenged against the clock to a halfpipe sliding test with ‘wall-rides’, slide-turns and a right-hand oval. After a scenic ride across Meyer’s Pass and Thomson Gorge, riders were also challenged to bump start a BMW F 850 GS in as short a distance as possible within a 50-metre section. Team Malaysia remained at 19th place.

The final riding day from Wanaka to Queenstown took riders through the famous Nevis Valley with multiple water crossings on the day’s first special – entitled ‘Jerrycan Challenge’, which required plenty of riding and load-carrying skills. The final competition stage, which saw teams being awarded double points, was a tricky parkour course at Coronet Peak ski station. Team Malaysia successfully finished the International GS Trophy 2020 at 18th place with a total score of 208 points.

To learn more about the International GS Trophy 2020, visit https://www.bmw-motorrad.com/en/experience/stories/adventure/gs-trophy-2020.html.