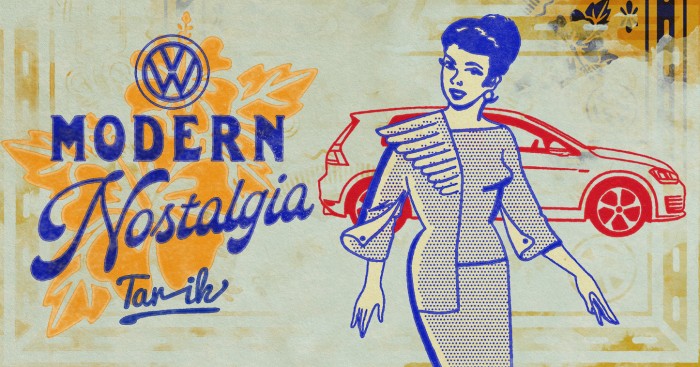 Once in a while, we like to highlight non-car stories, and this time it is about the Malayan tapir which is fast disappearing from our jungles. To raise awareness of the endangered tapir, as well as funds to aid its conservation, Volkswagen Passenger Cars Malaysia (VPCM) has teamed up with Tarik Jeans, a local denim streetwear brand, to feature an exclusively designed capsule collection – “Modern Nostalgia”.

The Malayan tapir (also called the Asian or Oriental tapir) is unique because it is the only tapir species found in the Old World (Asia) and is the largest tapir species; the other three (maybe four) known species are found in the New World (Central and South America). The Malayan tapir or tenuk has a distinctive black and white coat pattern which it uses as camouflage. The tapir has poor eyesight but a keen sense of smell, and can live up to 30 years.

Although it has few natural predators, its existence is threatened by agricultural developments and deforestation, hunting for food and sport as well as illegal wildlife trafficking. Its numbers have significantly decreased over years and it is estimated that there are less than 3,000 left in the wild. The tapir used to be found as far north as Myanmar but is now only found in Sumatra, Peninsular Malaysia and Southern Thailand. 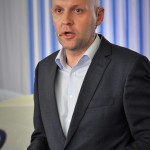 “A key pillar for Volkswagen is sustainability, and the group is investing heavily in this cause with over 500 sustainability projects worldwide. We are pleased to play our part in this meaningful project, and we will certainly not stop here as we will continue to explore ways to contribute to making a difference,” said Erik Winter, Managing Director of VPCM, who expressed keen interest to partner with Tarik Jeans on this cause.

“The Malayan Tapir is an endangered species here, together with the Malayan tigers, Borneo elephants and orangutans. As ‘gardeners of the rainforest’, the tapir plays a crucial role in maintaining the biological diversity of their habitat as they help disperse and fertilize seeds much needed for the reproduction of trees,” he added. 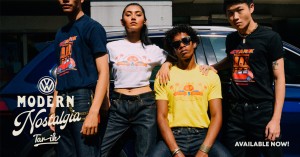 The limited edition “Modern Nostalgia” collection by Tarik Jeans and Volkswagen features key elements from both brands, where modern and iconic Volkswagen models are married with local classic and vintage design elements. The collection has a variety of clothing and accessories e.g. t-shirts, caps, bandanas, tote bags, key chains and clothing patches. 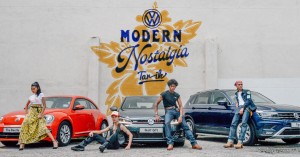 According to Afiq Iskandar, Founder and CEO of Tarik Jeans, “The Malayan Tapir has always been part of the Tarik design aesthetics so much so that it was added as the brand’s logo (in addition to the main logo of the mamak ‘teh tarik’) – both created along the lines of our brand philosophy. In commemorating Tarik’s 10th year anniversary, we are honoured to partner with an innovative global automotive brand such as Volkswagen. ‘Modern Nostalgia’ as a capsule collection speaks a lot about the archetypal Volkswagen models and Tarik’s penchant for the retro-futurism Malaysian design scheme”.

Merchandise from the “Modern Nostalgia” collection can be purchased on Volkswagen’s and Tarik Jeans’ website, Shopee, Zalora and at all Volkswagen authorised dealers. Half of all the proceeds generated from the sale of this campaign will be donated to the Kenaboi Forest Reserve in Negeri Sembilan on World Tapir Day, 27 April.

We lost our last Sumatran rhinoceros not too long ago, so let us not lose another native species.