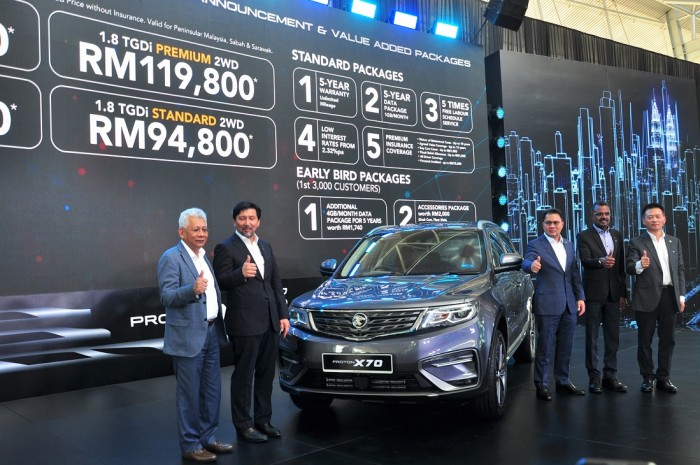 The 2020 Proton X70 has been officially launched. Locally assembled in PROTON’s refurbished Tanjung Malim plant in a new production line, PROTON’s segment-leading SUV comes in four variants i.e. Standard, Executive, Premium and Premium X. All of these variants are 2WD since Proton had decided to do away with the AWD version based on market demand. 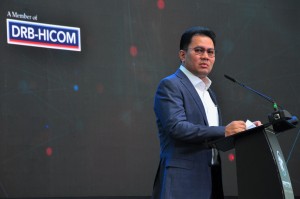 “The 2020 Proton X70 is a significant accomplishment for us as it not only represents the first model off the new line but, also because we have matched or exceeded the quality standards of the model we launched 14 months ago,” said Dato’ Seri Syed Faisal Albar, PROTON Chairman. “This represents a big step forward for us because it shows we are more than capable of delivering valuable propositions of a global standard,” he added. 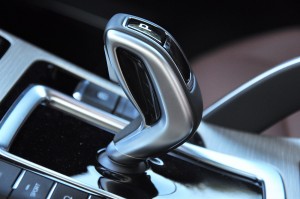 This is not so much a ‘facelift’ than an ‘update’ (or upgrade, if you prefer). All variants continue to use the 1.8L turbocharged engine with 135 kW but with 5% more torque i.e. 300 Nm (increased from 285 Nm). What’s new is the seven speed transmission which takes over from the six speeder. The new gearbox is an efficient dual wet clutch with transfer efficiency of 97%. It is a shift-by-wire transmission and comes with three drive modes i.e. Normal, Eco and Sport, along with manual shifting. And with this, PROTON was able to remap the output with higher torque. This allows for an improved century sprint time of 9.5 seconds, yet see 13% savings in fuel consumption. The new gearbox also comes with a new gear lever.

The specifications are listed below, with equipment added or upgraded as we go up the variant range:

Standard (RM94,800 on the road without insurance)

Executive (RM106,800 on the road without insurance) 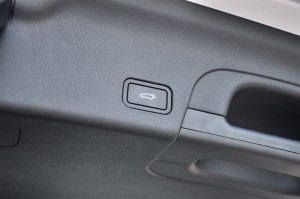 The prices stated are applicable in both Peninsular and East Malaysia.

While the powered tailgate with height adjustment is available from the Executive variant upwards, the one in the Premium variants also come with and motion sensor in the lower rear bumper for hands-free operation. There are five ways to operate the tailgate which also has an anti-trap feature. 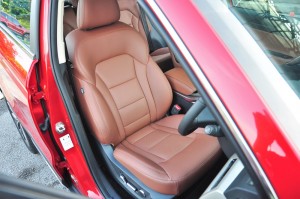 Also new are the ventilated front seats which do a nice job to keep your behind cool and comfortable. The three fan speeds for the ventilation are accessed via the HVAC menu in the infotainment system as well as voice control. Further, the rear seats across the range are improved for comfort, with an independent 60:40 split and two-step recline feature. The backrest angle can be reclined from 27º to 32º.

We got the opportunity to sample the X70 Premium X with the panoramic sunroof on a drive to the East Coast. The same 1.8L TGDI turbo engine now gets an engine bay cover that makes it look like a longitudinal layout, with the engine now labeled as “Proton G Power”. 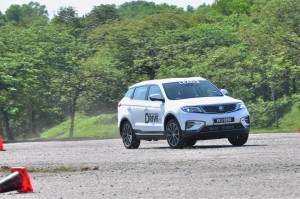 Also improved is the 0 – 100 km/h time which falls from 10.5 seconds to 9.5 seconds, as well as average fuel consumption which drops 13% to 7.6L/100km. On a brief fuel consumption test, I managed to achieve an average of just over 7L/100km. Here, I insert a caveat that this was absolutely non-scientific and based on the onboard trip computer. 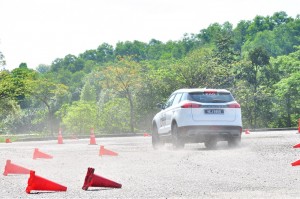 During the drive, I noticed that the X70’s acceleration is quite civilised in that it does not disrupt the comfort of the passengers. The gear shifts of the dual clutch transmission are smooth and almost unnoticeable, a sign that PROTON puts more emphasis on it being a comfortable ride than a sporty one. PROTON had put the 2020 X70 through rigorous testing, clocking a collective 2 million km to ensure the robustness of the vehicle and its systems.

According to PROTON, the suspension in the CKD version has also been tweaked slightly to reduce some body roll. This does not mean that body roll has been eliminated as this is a tall SUV after all. Taking the X70 into a corner fast, we could feel the body lean but at no time on our drive did we feel the vehicle lose its hold of the road. 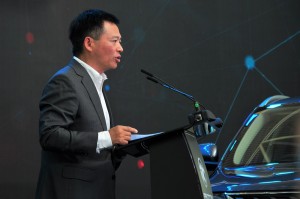 In terms of fit and finishing, there was not much of a point to go through our test car with a fine-tooth comb because it was a pre-production unit. However, we did not notice anything too significant that was off. Dr Li and the PROTON team have been focused on improving the quality of their products. At the end 2019, the PROTON internal quality audit GCPA (Global Customer Product Audit) score was 1,190 points which represents an improvement of over six times compared to the 2017 score (when the company first started using the measurement). According to Dr Li, this is also a better quality score than what Geely currently has.

For the first 3,000 buyers, they will get the Early Bird package which includes (1) Additional 4GB/month data for five years (worth RM1,740); and (2) Accessories worth RM2,000 (dash cam, floor mats, magnetic sunshades, door visors, boot tray and trunk organiser).