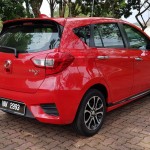 The Myvi has been the best-selling hatchback in the Malaysian market for more than a decade, but the sheer numbers on the road also mean that all kinds of people drive it. When it comes to fender benders and accidents, statistically the Myvi would have more absolute numbers involved in accidents. In addition, there are some Myvi drivers who drive seemingly recklessly, flitting in and out of traffic, and of course getting involved in accidents as well.

Public perception for the Myvi is not too kindly, and Myvi–bashing is getting popular. We occasionally take some of our test cars on to hilly roads to check out the handling and climbing ability – and invariably we got comments that we should check out the Myvi on some mountainous roads – some are from naysayers who say the Myvi is poor in handling and short on power, and that it would be unsafe, while others are convinced the car is good.

We did the needful – we asked Perodua for a test car, and we took it up to Genting Highlands for a test drive. 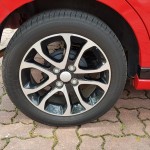 The 1.5 litre DOHC engine comes from the Toyota family of engines and is similar in build to the 1.5 litre engine that powers the Vios, Yaris, and Sienta. Strangely, the rated power is 102 horsepower and 136 Nm of torque, slightly different from that of the Toyota range – I am told that it is because the Myvi is tuned for fuel economy. The engine features dual VVTi, and drive is to the front wheels through a 4-speed automatic transmission.

Suspension is Macpherson struts in the front end, while the rear has a torsion beam and coil spring set-up. Brakes are ventilated discs for the front, while a set of drums are at the rear.

On the road, the Myvi is quite well-behaved – when I first took it out of Perodua’s Serendah office, it did feel a little strange, with each wheel trying to go in its own direction – this caused me a little bit of grief, and then I realized that Perodua may have sent the car for service, and in the process, someone must have rotated the tyres. Personally I never believe in rotation of tyres, which I consider a method of making each tyre go through the torture of a badly aligned chassis, opting to go for a more accurate alignment job to ensure that all wheels are properly aligned for the best performance. When a tyre is rotated on a vehicle, it upsets the ‘footprint’ which was exactly what had happened to my test car – however, a bit of hard driving over approximately 100 kilometres helped the tyres to settle down into a new footprint by the time I got it to Genting Highlands for the decisive test run. 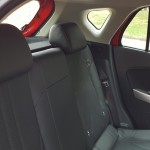 Driven at normal speeds, the Myvi 1.5 AV is a sedate creature, happy to just roll along with light throttle, and speed in top gear is approximately 41 km/h per 1,000 rpm. At 100 km/h (indicated speed), the engine is barely ticking over at just below 2,500 rpm. Claimed consumption is 5.0 litres per 100 km, or 20 kilometres per litre, but I would think that a figure of between 12 to 15 kilometres per litre would be quite achievable. We certainly did not and could not achieve anything near that because of the enthusiastic driving style, not to mention the time spent with engine running while doing the interior photography and video footage.

The real test of the Myvi’s mettle was perhaps on the short hill climb from the exit ramp off the Karak highway up to the GohTong Jaya roundabout – the Myvi tackled it very well, and I actually found the handling to be pretty decent. The 4-AT has three gear lever positions, 2, 3, and D4 – this allowed me to use land hold lower gears to prevent unnecessary upshifts for both uphill and downhill.

Being FWD, there is a tinge of under steer when pushed hard, and I had to push it a bit harder than normal in order to maintain a higher speed through the corners but break-away, if any, was very gradual, and thoroughly predictable, easily cured by merely lifting off. The 185/55 R 15 Goodyear tyres were adequate for the job.

On the downhill stretches, the brakes proved to be adequate as well – with heavy braking, there was just a tinge of heat, but they held all the way until the drive was over.

All things said and done, the myth was well and truly busted – the Myvi handles great, and drives just as great. Check out the image gallery and video below: