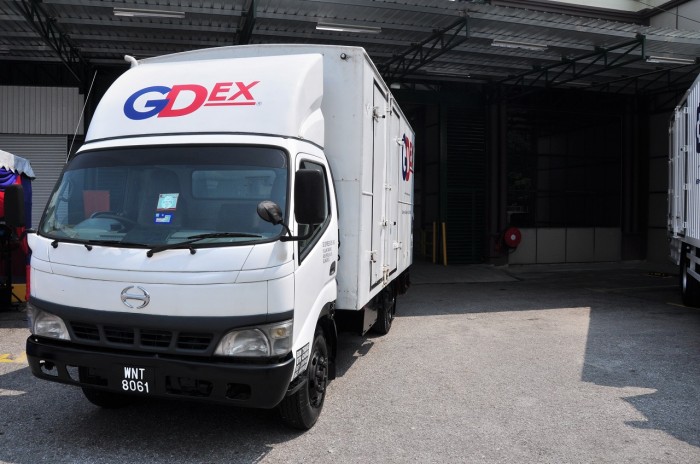 In early 2018, Hino Motors and GD Express Sdn Bhd revealed four units of Hino trucks in GDEx’s fleet that had clocked 1,000,000 kilometres without the need for an engine overhaul. And as one of the leading courier services companies in Malaysia, and with the rise of online shopping, it’s just a matter of time before more GDEx trucks hit the 1 million kilometre milestone.

Earlier this week, another Hino truck in the GD Express fleet was presented with a Certificate of Reliability by Hino Motors Sales Malaysia Sdn Bhd (HMSM) for reaching 1,000,000 km without undergoing an engine overhaul. This Hino 300 series light duty truck has been in service since 2006 and caters to long and line haul routes in Ayer Keroh and other parts of the southern region. On average this truck has clocked 76,923 km annually (or 6,410 km a month). 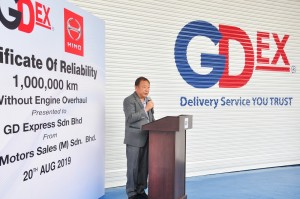 With such heavy use, there is little margin for downtime so reliability of the machinery as well as aftersales service is key to keeping the truck on the road. According to Teong Teck Lean, Managing Director of GD Express, the milestone achievement of this truck is testament to the strength and value of Hino Total Support philosophy which emphasises ‘Maximum Vehicle Uptime; Minimise Vehicle Lifetime Cost’.

A truck’s reliability is also enhanced by the owner’s adherence to the servicing and maintenance schedules as well as the driver’s treatment of the truck. The driver of the truck which clocked 1,000,000 km, Zul Amali, was also presented with a commemorative t-shirt to mark this achievement. 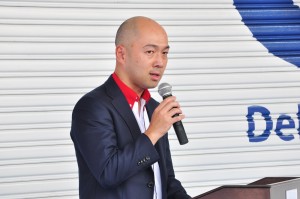 “Trucks are originally made for light- and heavy-duty work as well as for long haul trips and the reliability of a truck is one of the main concerns that every business owner is looking for. Travelling for one million kilometres without the need to undergo an engine overhaul is not only proving the reliability of the truck but also shows the credibility of Hino Total Support Value,” commented Atsushi Uchiyama, Managing Director of HMSM when presenting the certificate to GDEx.