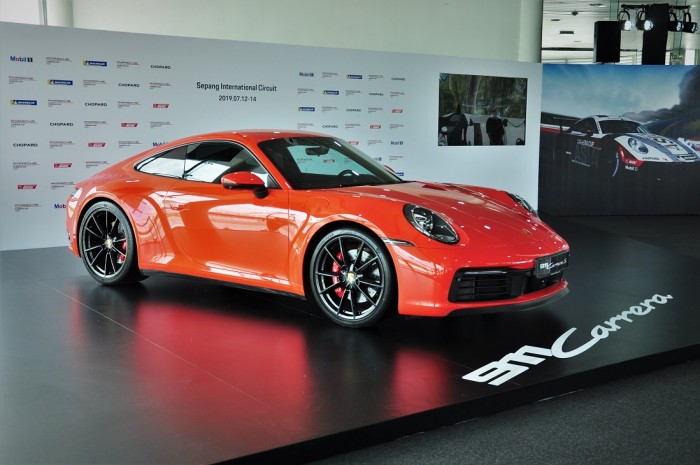 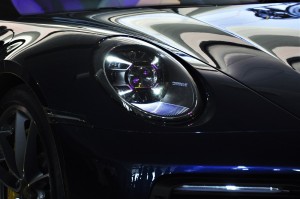 The eighth generation Porsche 911 was unveiled last week during the Porsche Carrera Cup Asia race weekend at the Sepang International Circuit. Still sporting the unmistakable but updated 911 silhouette, the new 911 is 45 mm wider at the front, and revives a traditional feature of the classic sports car with a forward-extended bonnet with a distinctive recess in front of the windscreen. The new 911 also uses mixed tyre sizes i.e. 20″ in the front and 21″ in the rear. The 911 Carrera S starts from RM1,150,000 and the 911 Carrera 4S starts from RM1,220,000. These prices are before insurance and personalised options. 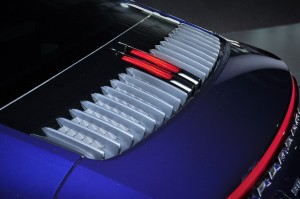 Despite many design features that hark back to the earlier cars, the new 911 has smoother contours and tapered lines, including the powered pop-out door handles that are flushed with the body and the LED headlights, as well as the rear spoiler that integrates into the rear body panels. Guiding the air over the rear are vertical intake louvres with an integrated third brake light. In the rear-wheel-drive variants, this louvre is black, while the all-wheel-drive ones get chrome elements. Aside from the front and rear sections, the outer skin of the 911 is now aluminium. 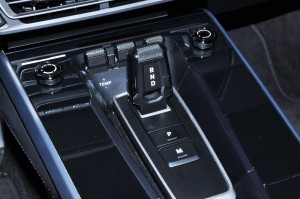 The new generation 3.0L turbocharged flat six engine powers the 911 Carrera, offering 450 PS and 530 Nm of torque on tap; this is 30 hp and 30 Nm more than its predecessor. The engine features new Piezo injectors, new VarioCam Plus, new mirror-image turbochargers and new top-mounted intercoolers. Channeling the power to either the rear wheels or all of them is a redeveloped 8-speed PDK with overdrive and flash shifting function. 0 – 100 km/h acceleration times are now a sprightly 3.7 seconds for the Carrera S and 3.6 seconds for the Carrera 4S. Some miliseconds are shaved off if you get the Sport Chrono Package, which also gets you a drive mode switch on the steering wheel. To add more fun to the sound, the 911’s Sport Exhaust option has quad exhaust (within two exhaust tips), with each side featuring flaps that change the burble for aural excitement. 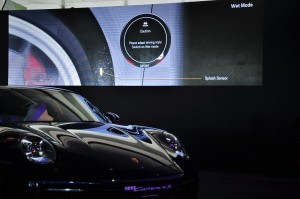 Other key features include front axle lift, rear axle steering, new PASM dampers, electric brake boosters and new dynamic engine mounts. The steering rack has also been improved with 11% quicker response. The 911 now also comes standard with Wet Mode which is a world’s first. This system includes splash sensors in the front wheel wells of the car to detect water on the road and preconditions the control systems, and warns the driver to adapt vehicle settings accordingly. This new mode makes driving a car with this much power much safer and more controllable in our tropical climate. 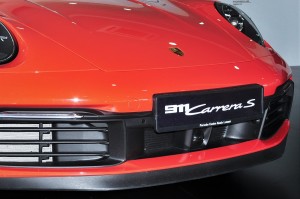 The dashboard of this 2+2 sports car has a new 10.9″ touchscreen for the Porsche Communication Management system, with a panel of physical buttons, including a customisable one, below it to provide direct access to certain functions. The meter cluster maintains a centrally located analog tachometer sandwiched between two high-resolution 7″ displays. 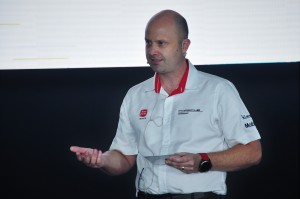 “The new 911 is a reflection of the past and a vision of the future, with its iconic silhouette and timeless design. It remains a sports car icon that has retained the public’s fascination since its arrival in the automotive scene over half a century ago. Due to the passionate and loyal following here, it comes as no surprise that Malaysia is the top market for the 911 in 2018 within the Porsche Asia Pacific region,” said Christopher Hunter, Chief Executive Officer of Sime Darby Auto Performance.

The 911 Carrera comes with a choice of Lizard Green, Aventurine Green Metallic, Dolomite Silver Metallic, and Gentian Blue Metallic for its exterior.