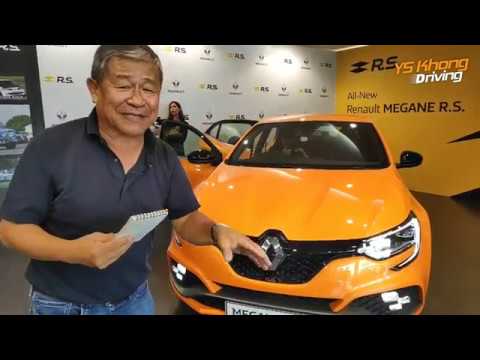 Petaling Jaya, 22 April 2019 – The fourth generation of the Renault Megane RS, one of the few performance cars that are available with a manual transmission, was previewed by TC Euro Cars (TCEC) today at its headquarters in Petaling Jaya. 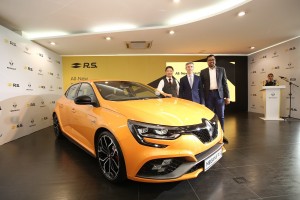 Since the introduction of the first Megane RS in 2004 with a 225 horsepower turbo-charged engine, the Megane RS has gone through three generations and this latest generation was first unveiled at the Geneva Motorshow in September 2017. This latest version is all-new, with expertise gained from Renault’s F1 experience manifesting itself here. 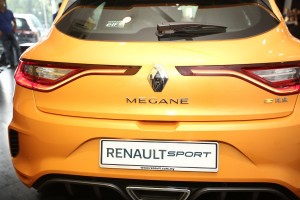 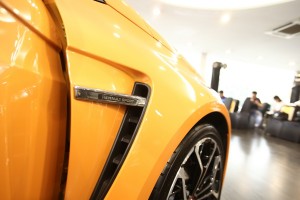 Drivers can select different driving modes, including Sport and Race mode. A dual-clutch automatic transmission (EDC) is also available as an option. Claimed top speed is 255 km/h while zero to 100 km/h acceleration is 5.8 seconds. For the EDC option, Launch Control is included as standard. Fuel consumption is rated at 7.0 litres per 100 kilometres, but you don’t have to believe it.

The Megane RS now is available as a 5-door hatchback, but the aesthetics still carry the sporty and gutsy DNA of the previous generation RS. A key styling feature that sets the RS apart is the ‘F1 Blade’ (the mini front wings that you find on F1 cars), cleverly built into the lower bumper, giving the RS a unique character. The sides and rear part of the body are built for aerodynamics, to allow the RS to slice through the air with minimum turbulence. 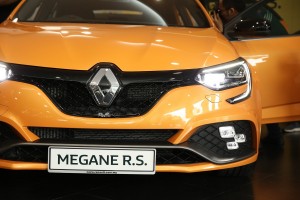 The suspension features 4-stage hydraulic bump stops, similar to rally cars – these bump stops prevent the ‘bobbing’ movement of the car on uneven roads, and contribute to a smooth ride and thus better handling. A major contributor to handling is the specially tuned Renault Sport Cup chassis with a Torsen Limited Slip Differential. 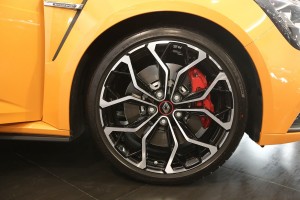 Wheels are 19-inch alloys with 245/35 tyres; these wheels also house 4-pot front and 2-pot rear Brembos, painted in red. Headlamps are full LED, which will be well appreciated at night, while DRLs are there to let others know you are around.