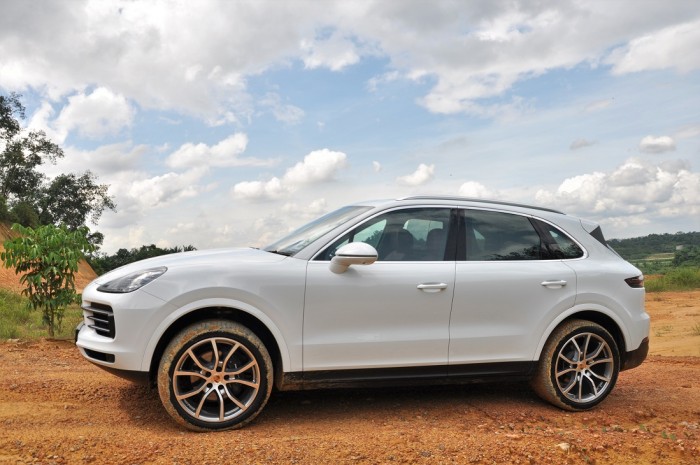 This is the third generation of a very important and very successful vehicle for Porsche, one that set in motion a trend other premium and performance car automakers continue to ride on. And instead of continuing on the path as a colossal box on wheels, Porsche wants you and your passengers to ‘Sportscar Together’.

Being able to carry more than one passenger is why the Cayenne, and the Panamera, sold well for the brand. And Porsche’s approach to the new generation of these vehicles is to put more of the 911 DNA and physicality, giving it the ability to run as well as carry. 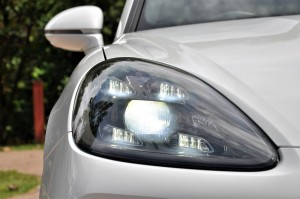 The Cayenne is now 63 mm longer and 9 mm lower to give it a sportier stance but with a bit more usable space. Physically, it now sports larger front air intakes, LED headlights with four-point daytime running lights, a more accentuated bonnet, slim 3D-effect LED tail lights with a central light strip, a new rear apron with integrated diffuser, and of course, twin tailpipes. The overall effect from the new design is a more streamlined and athletic SUV.

With the new chassis design that includes more aluminium usage, including the front axle, Porsche was able to cut about 65 kg from the vehicle (that’s equivalent to one slim Asian adult), despite adding more standard equipment. 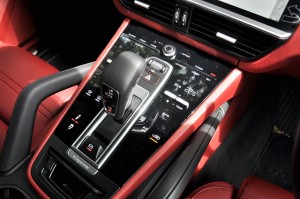 Porsche has gone the minimalist route with the dashboard due to the global shortage of buttons, placing most controls within touch-sensitive screens and panels. This is a feature of the Porsche Advanced Cockpit suite. Tech junkies will enjoy the sleek, modern touch but I am still a little bit old school in this regard. There is nothing like the tactile feel of a button or switch to give you confidence that you are (most likely) doing something right. But I suppose that as an owner, once you get past the learning curve, muscle memory will kick in and you would also be able to adjust more of the controls without shifting your eyes from the road. Nonetheless, the reduction in physical buttons and switches gives the Cayenne’s interior a clean look that is also less intimidating.

I also do like the two 7″ digital displays in the instrument cluster as well as the 12.3″ touchscreen display on the dashboard for the crisp graphics. The screens in the instrument cluster allow for a varied choice of displays such as navigation, lap timer, driving data or media. The large 12.3″ touchscreen allows you access to functions like media, navigation, chassis and drive settings, off-road settings, climate control and driving / parking assistance. 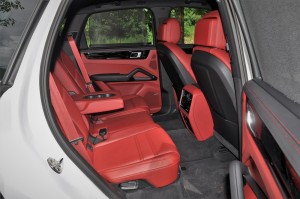 The rear seats continue to be adjustable and reclinable and comfort for the middle passenger seems to have improved with a re-profiled centre console that is less intrusive, as well as less pronounced division of the two main rear seats. As with all Porsches, you can customise the interior colour from Porsche’s wide range of choices.

In designing the new Cayenne, the engineers somehow managed to increase boot space by 100 litres, from the previous generation’s 670 litres, giving this SUV even more practicality. The rear seat continues with its 40:20:40 split fold ability. 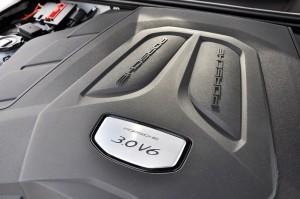 New emissions regulations in certain markets necessitates the use of smaller engines and the one in the Cayenne receives no exemptions. Despite getting downsized to 3.0 litres from the previous 3.6 litres, motorheads can still take comfort that it is still a V6 rather than a four cylinder like some others. The new turbocharged 3.0L V6 has 340 hp and 450 Nm. That is 40 hp and 50 Nm more than the old engine despite the smaller displacement.

Despite this being the base Cayenne, it is not a huge compromise. The twin-turbo Cayenne S is of course more powerful and faster (440 hp; 0 – 100 km/h in 4.9 seconds) but that comes at an additional RM150k. This base model already includes active all-wheel drive, three-chamber air suspension, Porsche 4D Chassis Control, Porsche Dynamic Chassis Control (PDCC) electronic roll stabilisation system, and rear axle steering. And I believed I mentioned something about off-road settings.

Yes, the Cayenne has off-road capabilities although I don’t foresee many owners doing such. And yes, I did take it off-road with qualified consent. But because the test unit came with road tyres, the off-roading was not too extreme; I also did not want to risk damaging a vehicle with such a price tag, or getting stuck alone in the middle of nowhere. 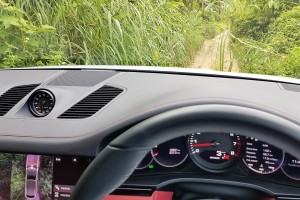 For off-roading, you get to choose between Gravel, Mud, Sand and Rocks drive modes and adjust the vehicle height as well. Only slightly wet laterite soil and rocky terrain, the Cayenne still had plenty of grip and ground clearance was never an issue when dealing (gently) with deep ruts. The panoramic view cameras also helped greatly when traversing tight trails.

The off-road capability is a bonus from how Porsche engineers have tuned the Cayenne ride and handling. Back on tarmac, which is where all sensible people will use the Cayenne, it showed some very surefooted-ness for a SUV. The rear axle steering and the wider rear tyres do work with giving the Cayenne some agility in the corners. If not for the tall-ish nature of the vehicle, it almost feels like a sports car even though it does not get the benefit of the Porsche Active Suspension Management (PASM) found in the more expensive Cayenne S. 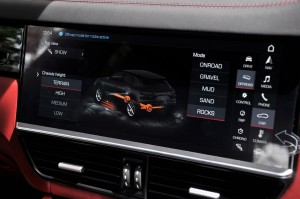 Drive modes are easily switched with the steering-mounted dial for when you hunger for some excited driving and a taste of the 450 Nm of torque.

For the occupants, outside noise is largely kept outside which means a certain degree of aural joy from the engine roar is lacking. The lack of the Sport Exhaust option found in the previous Cayenne also keeps things on the muted side so that you can enjoy Bose sound system. However, this also makes the Cayenne a great highway cruiser.

The Porsche Cayenne makes true all three words in ‘Sport Utility Vehicle’ so it should appeal to anyone looking for a vehicle that has space for up to five occupants, a sizeable trunk and performance.

The Porsche Cayenne starts from RM780,000 before adding on the options. Included are a 4-year warranty and free maintenance package that includes free service, parts and labour.

Montfort Boys Town Affected By Pandemic; In Need Of Assistance