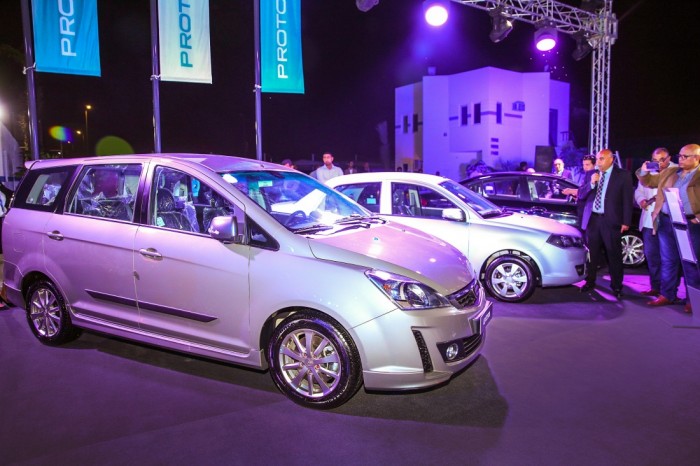 Proton has introduced additional models to the Egypt market at the Egyptian distributor’s newly refurbished 4S outlet in Smart Village, Abbou Rawash in Giza. A total of 246 units consisting mostly of left-hand drive Proton Saga and Proton Exora, were shipped out of Tanjung Malim in September and reached Egypt last month in time for this occasion. 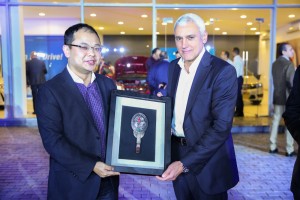 Distribution of Proton vehicles in Egypt is handled by its sole importer, Alpha Group Ezz Elarab, which will send the cars to seven branches and dealers. The importer is projecting sales of 1,400 units in 2019, mainly due to the newer Proton models. Hisham Ezz Elarab, the owner of Group Alpha Ezz Elarab said that the newer models will help the company and its dealers re-establish the Proton brand in Egypt.

Alpha Group Ezz Elarab is also the first outside of Malaysia to adopt Proton’s new corporate identity (CI) at its showroom. The refurbished showroom features sales, service, parts and state-of-the-art repair facilities in an area that is over 15,000 square metres. The other Proton outlets in Egypt with the new CI are located at Al-Battal Street, Mohandessee, and Nahas Street, Nasr City.

“Egypt has the potential to play a big role in helping Proton achieve its future sales targets by increasing our export sales volume. The company and our Egyptian importer have to work closely to ensure their market needs are met when addressing the product and pricing fit to buyers here. If we get that right and deliver cars in a timely manner then we can be successful,” said Steven Xu, Director of International Sales for Proton.

The Egypt automotive market is going through changes, with the gradual reduction in import tax for European cars which will potentially see lower prices and a shift in consumer purchasing preference for these cars. As such, Proton and its Egypt partner are studying various strategies to address this, including CKD operations to take advantage of local assembly incentives. Such a move could also make Egypt the regional hub for the Middle East-North Africa (MENA) region.

“The models we have launched in Egypt will kick off Proton’s rebranding in this market. Sustenance activities will then have to follow in order to keep the sales momentum going and after that we are hopeful that CKD operations will start. Our aim with CKD in Egypt wouldn’t be limited to just the local market as we would be looking at meeting demand over and all throughout the MENA countries,” explained Xu.

Also present at the event as His Excellency Tuan Mohd Haniff Abd Rahman, Ambassador of Malaysia to Egypt.