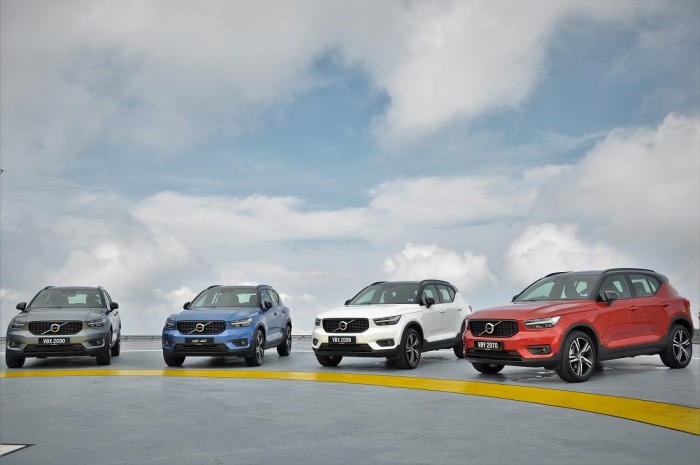 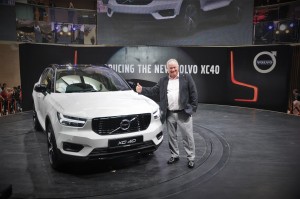 Sold in Malaysia in the T5 R-Design guise, the XC40 is priced at RM255,888 on the road without insurance, and comes in a choice of four body colours i.e. Bursting Blue, Fusion Red, Crystal White, and Osmium Grey. 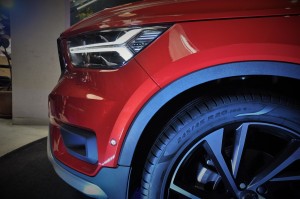 Key safety features include Pilot Assist, which is a semi-autonomous driving feature; the latest version of City Safety, that includes autonomous collision mitigation and avoidance, including for pedestrian, cyclist and large animal detection; Oncoming Lane Mitigation; Run-off Road Protection and Mitigation, which sets up the seat belts and seats, activates the airbag and retracts the brake pedal when the vehicle detects that it has run off the road; and Cross Traffic Alert with automatic braking. 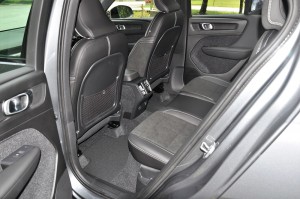 In the cabin, the XC40 is designed to make full use of the compact space available with practical yet stylish storage areas such as the large door pockets which can fit a laptop, deep centre console with removable trash bin, a drawer under the driver’s seat, and the centre stack nook complete with Qi wireless charging pad and 12V and USB ports. 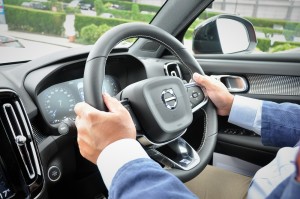 We had a go with the XC40 with a drive between Genting Highlands and Gohtong Jaya, and since the weekend was near, we enjoyed some congestion and stop-start traffic within Genting Highlands. This was the time to try out the City Safety features without much effort as cars (and buses) in front of us stopped abruptly without warning, and pedestrians crossing without much care. The active safety systems work as intended, but your eyes are still the most important back up feature of City Safety.

In terms of comfort, the XC40’s ride is on the firm side which is expected seeing that its an R-Design variant and has a sport chassis. It was not unpleasant as a driver or front passenger but the rear passengers might feel some of the stiffness. Road unevenness is still pretty well dampened but it isn’t super cushy. Speaking of the rear, the backrest seems a little upright, possibly to maximise space, but if you’re one of those who prefers to sit upright like I do, it’s not an issue. But it’s best to check it out for yourself. 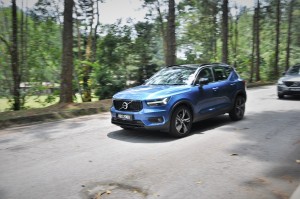 The engine is responsive for the most part, when you discount the turbo lag. Going uphill, while coming out of a corner, there seems to be a brief moment of serenity before you feel the power kick the wheels into action, as if this SUV is trying to put you in a zen zone before it awakens you. However, it is only a major issue if you always drive like you’re rushing to the toilet.

That said, the XC40 does come with paddle shifters so you have more control. Even without manually shifting gears, the Aisin gearbox performs quite well, with seamless shifts that won’t stir up lunch. You do feel some understeer as you tackle corners but then again, this isn’t a hot hatch.

Overall, the XC40 rides well enough for daily city commuters to not complain. The cabin is quite a peaceful and comfortable place to be in, complete with a world’s first air-ventilated dashboard-mounted subwoofer. You also get to enjoy a handsome interpretation of Volvo’s current exterior style in a compact form that belies its interior spaciousness.