If you are one of the owners of 6,160 Toyota Prius 1.8 Hybrid cars in Malaysia, UMW Toyota Motor Sdn Bhd (UMWT), the distributor of Toyota and Lexus vehicles, wants you to bring your car in for a Special Service Campaign (SSC) to update the hybrid software. UMWT has assured that the safety of their customers is
always Toyota’s top priority. 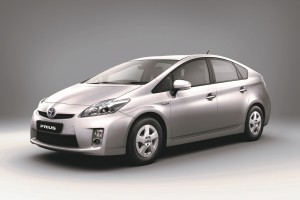 This Special Service Campaign to update the software used to control the hybrid system affects Prius 1.8 Hybrid variants manufactured from year 2009 to 2013 sold in Malaysia by UMW Toyota Motor. This recall serves to provide an additional remedy to the vehicles involved in the previous recall announced in 2014. Although there have not been any reported cases in Malaysia, UMWT will be conducting this Special Service Campaign to ensure their customers’ vehicles remain reliable and at its best performance level.

UMWT will notify all affected vehicle owners officially, to update the ECU programming at no charge. The work should take around an hour.

For further information, you can contact any authorised Toyota service centre or call the Toyota Freephone at 1800-8-TOYOTA (869682).