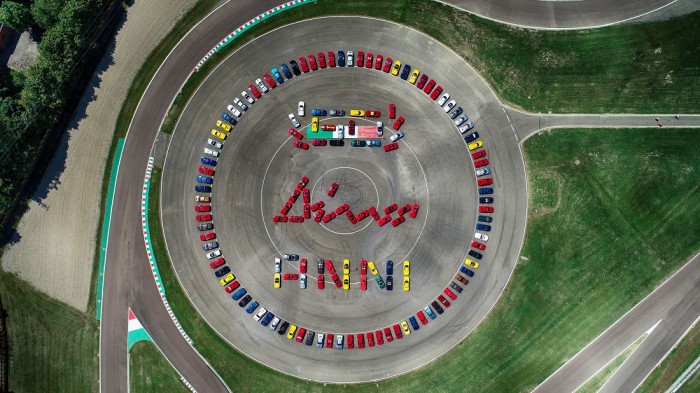 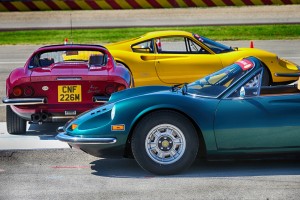 The Ferrari Dino range is one of the Prancing Horse’s biggest selling, and very recently celebrated its 50th anniversary at Ferrari’s home of Maranello, Italy. Over 150 Dinos and over 300 customers from all over the world flocked to Maranello and Ferrari to celebrate the 50th anniversary of the road debut of the first Dino production car.

Officially launched in 1967 at the Frankfurt Motor Show, the Dino officially turned 50 years old in 2017 but any celebration would have coincided with Ferrari’s 70th anniversary celebration. Thus the decision to celebrate its road-going golden birthday this year instead. 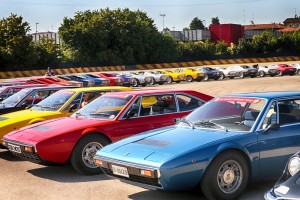 The Dino marque is named after founder Enzo Ferrari’s son, Alfredo “Dino” Ferrari, who was credited with designing the V6 engine that is found in Dino models. The earlier V6 models were designed by Pininfarina while the later V8 model was designed by Bertone.

The Dinos that attended the celebration last weekend gathered at the Maranello Museum and then headed to the Fiorano track. The Dinos then drove into the factory where the customers were given a special tour. This was followed by the traditional drive, one car at a time, under the arch of the historical entrance on Via Abetone Inferiore.