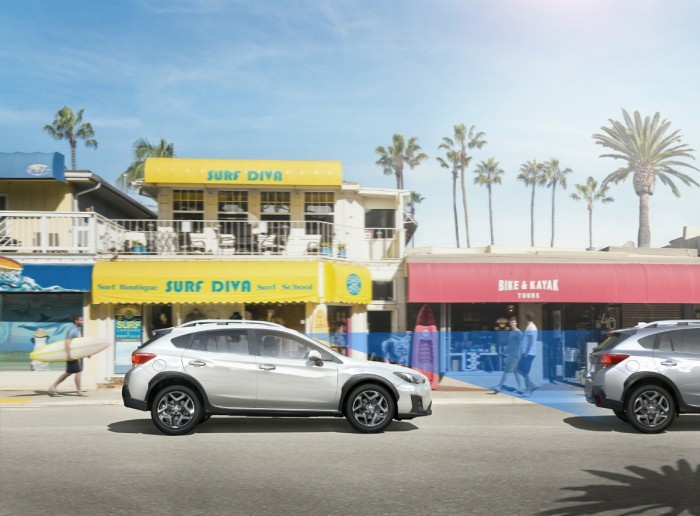 EyeSight is a suite of driving support system by Subaru to complement its other core technologies that is the Boxer Engine, Symmetrical All-Wheel Drive and its Subaru Global Platform. The EyeSight Driver Assist Technology utilises stereo cameras fitted to the windscreen to act as another set of eyes to identify obstacles, road lanes, other vehicles and objects, and take mitigating actions to minimise the risk of collision. There are similar technologies available in other brands and called other names, but we’ll list it here for the benefit of those who are not familiar with these features, before Motor Image, the Subaru distributor, introduces EyeSight to models sold in Malaysia.

It is notable that all 2017 Subaru models with EyeSight received the highest possible rating for front crash prevention by the United States Insurance Institute for Highway Safety (IIHS).

Added: We got a chance to speak to some of the Subaru engineers who gave us more insight into EyeSight. Subaru had started developing an on-board stereo camera Adaptive Driving Assist system as far back as 29 years ago (1989), which subsequently was paired with a milimetre wave radar in 2003 and then laser radar in 2006 for a version of adaptive cruise control.

Then, contrary to what other carmakers were doing, Subaru had decided to make use of just stereo cameras. This decision was justified by the non-complexity of a stereo camera system which helped keep costs low. For a low-volume manufacturer like Subaru, keeping costs low ensures it is able to offer better safety features without sacrificing on other aspects nor passing additional costs to the consumer.

The current EyeSight system available to the ASEAN market is the 3rd version. Its stereo colour cameras are able to see like the human eye and can identify road markings, curves, vehicles, brake lamps, pedestrians, bicyclists, motorcyclists and other objects (as long as they’re taller than 1 metre). It has a maximum recognition range of 110 metres. Subaru engineers have test driven the EyeSight system over 600,000 km in various countries, in the most severe environments and traffic conditions e.g. Russia, Latin America, Malaysia, Thailand, Philippines, and India.

With this data, Subaru is able to tweak EyeSight to suit various markets rather than provide a one-size-fits-all system e.g. the EyeSight version in Japan is slightly different from the ASEAN version due to the difference in traffic conditions and driving styles. 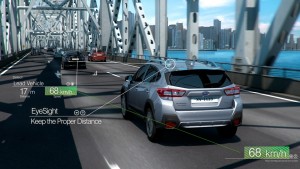 Adaptive Cruise Control - Maintains speed and adjusts speed according to the set distance between your car and the one in front e.g. if the lead car slows down, you will too; if the lead car speeds up, you will speed up as well but up to your set cruise limit. 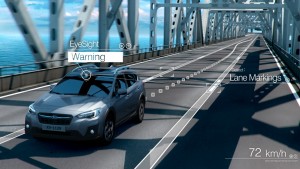 Lane Sway Warning – Lane Sway is activated at speeds of 60 km/h and higher and helps you stay alert and focused with a buzzing sound and a flashing indicator.

Lead Vehicle Start Alert – This is active when you are at a stop and tracks when the vehicle in front moves. If you are still stationary, the alert will prompt you with a buzzer and flashing indicator. 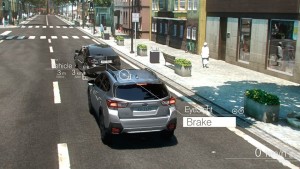 Pre-Collision Braking – This feature warns the driver with a loud beeping sound and a light in the metre display, to take evasive action to prevent or minimise a collision. Should you not take any action, the system can automatically apply the brakes (maximum deceleration of about 0.8G) to reduce any impact, and if possible, prevent a collision. This system may not work in all situations as it is dependent on many situational factors such as speed, object’s height, etc. 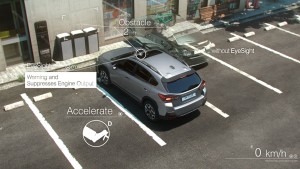 Pre-Collision Throttle Management – This feature reduces the chance of collision due to the wrong selection of gear. For example, if you are parked facing a wall and you select Drive instead of Reverse, this feature will sound an alert before cutting off the throttle to avoid a frontal collision.

As with a pair of human eyes, the optimal operation of EyeSight can be hindered various factors such as extreme weather, reflection of bright objects on the dashboard, dirty or cracked windscreen and speed. Having said that, we tested these features in light rain and they worked fine.

Motor Image has launched the new Subaru Outback and XV with EyeSight at the 2018 Singapore Motor Show and has confirmed that models with EyeSight will be introduced in Malaysia later this year.