Subang Jaya, 14 December 2017 – PROTON recently took its top dealers on a study trip to visit Geely dealers in China in a bid to share how Geely dealers operate their centres in Shanghai. The trip consisted of 28 top PROTON sales and service centre owners, accompanied by PROTON officials and a representative from a financial institution.

The national car maker has recently urged its dealers and service centre operators to upgrade their facilities in preparation for the new Proton models which will be introduced next year.

The trip exposed them to a Geely dealer in Shanghai and for many, it was their first trip to China where a car dealer actually opened up its doors for the Malaysians to learn and study their daily operation and the PROTON dealers were highly impressed with the success of Geely in its native country. 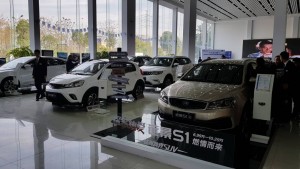 Ryan Lai, director for LHM One Stop, a PROTON 4S outlet in Nilai said that he was pretty much awed with the level of customer service that the Geely outlet provided for Geely car owners. 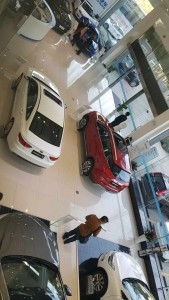 “The service has a waiting lounge that does not look out of place in a 5-star hotel! Usually, the atmosphere can only be experienced by European premium car owners but Geely is offering it to their customers,” said Ryan. 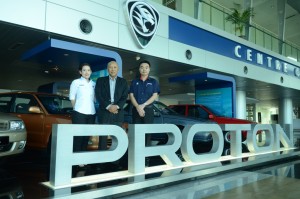 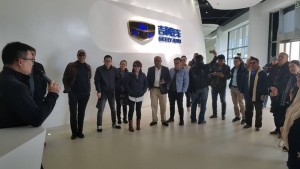 Dealers were also invited to test drive the Geely Boyue which will be introduced in Malaysia soon.

“I was sceptical at first but from the moment I sat inside the Boyue, I knew this is the right vehicle for PROTON’s new image,” Ryan explained. 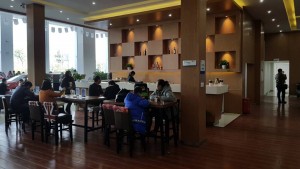 His view was also shared by Susan Leong from Hoi Keen Service in Kuantan. Hoi Keen runs a PROTON service center and also a body and paint shop for the brand.

“It has a luxurious interior and felt very premium for its segment,” said Susan.

A veteran in the industry, Dato’ Shamshudin of Pantai Bharu with a PROTON 4S centre in Jalan Meru expressed his confidence in PROTON and Geely. “The synergy is there and the Boyue will definitely make a big impact in Malaysia,” said Shamshudin.

The dealers also got the opportunity to visit Geely Research Institute and showcased the group’s current technology and future designs.

Shamshudin, Ryan and Susan have together announced openly that their company will be investing millions into expanding their PROTON outlets. “This trip has really opened up our eyes to what PROTON will achieve in the near future.”

“We will be investing in PROTON brand because we have seen what the future is for PROTON. It is bright,” said Ryan.