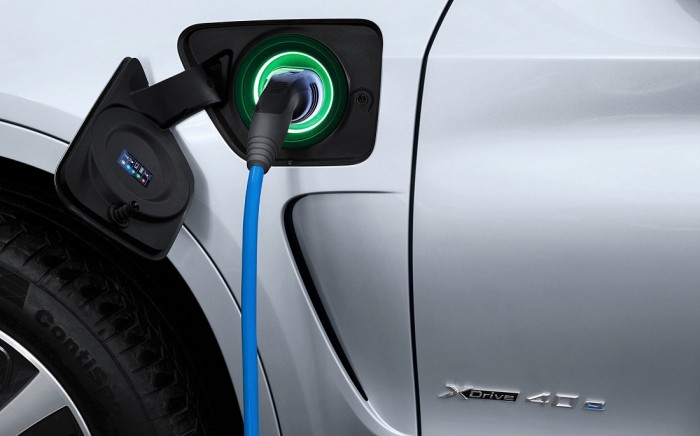 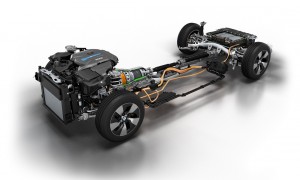 ‘Hybrid’ means a combination of 2 different elements, or in the case of the automobile, the combination of 2 different power sources i.e. an internal combustion engine and an electric motor. Hybrid vehicles represent a transition phase, or stepping stone, from fossil-fuel power to electric power. Hybrid vehicles aren’t a recent invention but more serious attention was paid to it at a time when oil was short in supply and high in price (as high as US$ 140 a barrel), and governments were getting strict on emissions. But with crude oil now trending below US$ 50 a barrel, it’s more about gaining power efficiency and reducing emissions than saving fuel. 2 of the world’s largest markets -China and the European Union, have mandated emissions reductions and vehicle electrification.

Electric vehicles too aren’t a new thing even though electricity wasn’t widely available to everyone as late as 50 years ago. The first electric vehicles were out and about in the late 1800s, at about the same time Daimler, Maybach and Benz made their first automobiles. Electric vehicles were popular then because they weren’t as noisy, smelly and shaky as their petrol counterparts, nor did they require hand-cranking to start or gear shifts; “electricity” was also a newfangled 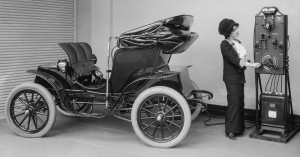 trend back then. The electric powertrain eventually lost out to the internal combustion engine due to the limited operating range and lack of charging infrastructure; electricity wasn’t available to everyone so driving out of the city was out of the question (poor road infrastructure notwithstanding). 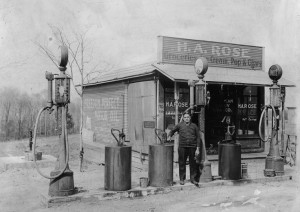 Having said that, petrol-powered vehicles also suffered from poor fueling infrastructure and fuel supply. It wasn’t until the wide use of the electric starter, muffler, as well as the start of mass production, and the discovery of large oil reserves, that the petrol-powered vehicle became king of the road. Now, after about a century of puttering about burning dead prehistoric trees and creatures, society is once again rocking down Electric Avenue.

But most of us can’t go full electric just yet for a variety of reasons. For some, the lack of a noisy engine can be unsettling, as is the lack of driving range (many of us fear getting stuck in the middle of somewhere with a flat battery, and hunted by menacing tapirs). So, hybrid vehicles offer the best of 2 worlds – electric and explosive fossil fuel combustion, giving us the range as well as relative efficiency. It is also a compromise of sorts, needing to carry 2 power sources means added weight. This is fortunately mitigated by the power and torque gains from the efficient electric motor so the vehicle will never feel sluggish off the line. 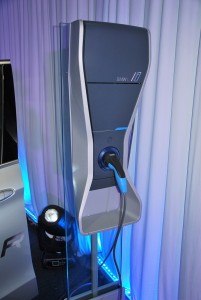 When life was simpler, the running internal combustion engine charges the battery pack that powers the electric motor. It’s convenient but some argued it isn’t the optimal use of fossil fuels, especially when oil price was high. Now we have the plug-in hybrid vehicle – one that you can literally plug into your home’s power supply to charge, like your smartphone or cordless screwdriver. It can still draw power from the internal combustion engine when it needs to, but you’re rest assured that you’ll always have a full charge every morning (as long as you remember to plug-in the night before). You can also argue that since a plug-in hybrid draws power from the grid, it’s still consuming fossil fuels / coal, which are pollutants. However, until such time where we have absolutely clean and thoroughly eco-friendly power that is cheap, consistent and plentiful, there will always be an impact on the environment. In fact, living off-grid is polluting to some degree as you still need to start fires for cooking and heat. But that’s not a topic for discussion here. 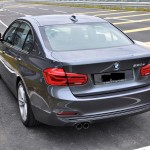 So what’s the benefit of driving a plug-in hybrid? For a start, while conventional hybrids and plug-in hybrids are conceptually similar, you can view a plug-in hybrid as an electric vehicle with an internal combustion engine for extending driving range or adding power. Take the BMW 330e plug-in hybrid for example (the test was done with a 330e Sport Line that’s been superseded by the sportier looking 330e M Sport). 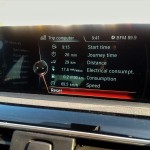 After topping up the battery, the 330e could travel in the city for 29 km on full-electric mode before running low on juice and the engine kicks in (quite seamlessly and discreetly) to charge, and move the car. The claimed full-electric range from the 5.7 kWh lithium-ion battery is 35 km but given the conditions of urban driving, 29 km is acceptable; the car was also driven as fast as 120 km/h (the maximum speed for full-electric before the engine kicks in to assist), which also compromised driving range.

According to Google Maps, the shortest route to office is 14.1 km, and the shortest route home is 11.9 km; a total of 26 km. If traffic and weather conditions remain constant, I could theoretically do the daily commute purely on battery power with 3 km to spare. Which means that unless the aforementioned variables or routes change, I will not be collecting too many loyalty points from the petrol station. 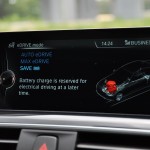 Even if your commuting distance is greater than mine, the newer hybrids allow you to determine what drives your car; or you can leave it to the car to decide. If for instance your first sector of commuting is the highway before hitting city traffic, you can select the “Save” eDrive mode in the BMW hybrid which will fully utilize the internal combustion engine and reserve the battery charge for later use. Once you encounter city traffic, you can either switch to “Auto eDrive” mode to let the car decide on the mode of propulsion, or “Max eDrive” for electric driving pleasure since you will have a fully charged battery at your disposal. 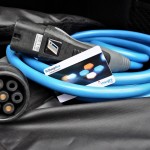 If you’re really serious about skimping on petrol money, BMW hybrids can be charged at any ChargEV public charging stations nationwide. At last count, there are 212 of these with some locations offering multiple charging points e.g. Suria KLCC has 4; Queensbay Mall, Penang has 2. There are even charging stations at some hotels, highway R&R and Petronas service stations.

The 330e has a 2.0L TwinPower Turbo 4-cylinder petrol engine that is good for 135 kW and 290 Nm of torque; the electric motor (which sits between the engine and 8-speed automatic transmission) produces 65 kW and 250 Nm for a combined total power output of 185 kW (about 248 hp) and 420 Nm. Both powerplants work together to take the 330e from 0 to 100 km/h in 6.1 seconds, and have a combined average fuel consumption of 2.1 liters per 100 km. Realistically, it averaged around 5.5 liters per 100 km on my test drive but that also included some very enthusiastic driving. 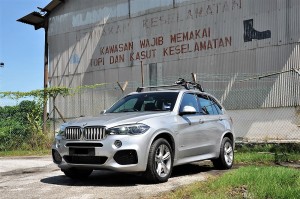 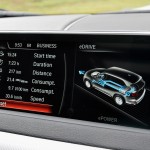 I had tried to mimic the same driving style as the 330e but only managed a best average consumption of 9.7 liters per 100 km. It’s not a fair comparison considering the extra weight the powerplants had to move in more traffic than anticipated. The actual distance covered on electric drive was also reduced i.e. 23 km. Nonetheless, these performance figures are still admirable for an SUV weighing over 2,000 kg. 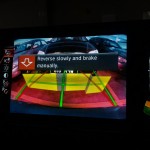 But what you lose in frugal mobility, you gain in accessories and features like a rear entertainment system which boasts of 2 10.2″ touchscreen displays, a 16-speaker Harman Kardon surround sound system, panoramic glass roof, and 4-zone climate control. There’s also the Adaptive M suspension with Dynamic Damper Control (the rear is self-leveling air suspension), City and Pedestrian Collision Warning Mitigation, Lane Departure Warning, Park Distance Control with surround view. The 330e doesn’t get surround view cameras but it has Parking Assistant with automatic steering for parallel and perpendicular parking (and it’s perfect nearly all of the time).

Both of these vehicles tested also come with a slew of connected services like navigation, emergency call, teleservice and concierge, as well as driving aids like head-up display, stability control and traction control.

But surely there are drawbacks since nothing is perfect. Yes, there are 2 obvious ones – weight and space. Both the 330e and X5 xDrive40e are approximately 200 kg heavier than their petrol-only counterparts. Most of the extra weight is due to the battery which also compromises luggage space. The 330e makes do with 370 liters of luggage space (110 liters less), and the X5 500 liters (150 liters, and a set of 3rd row seats less). Thankfully, both cargo spaces have a flat floor for easy storage.

Unlike conventional hybrids which rely solely on the petrol engine to charge its batteries, plug-in hybrids offer a more convenient charging alternative by tapping into the power grid. Granted it’s not as quick to fully charge the battery compared to topping up the petrol tank but that’s just a matter of planning and reforming habits. Regardless, you can always go with the petrol option until you find an opportunity to charge. 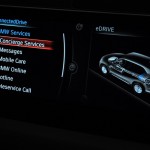 But is a plug-in hybrid suitable for you? If your daily commute involves driving on congested roads, it’s a “yes”. For one, the lack of engine noise in the cabin certainly makes for a more serene music appreciation session. The immediate availability of electric torque once the road ahead is clear can also be quite fun and addictive. Frankly, I wouldn’t look at ‘savings’ due to reduced petrol usage because you can save more by buying a RM 60,000 petrol-powered car (the 330e costs RM 248,800 to buy and you’ll have to spend RM 188,800 in petrol to match that). It’s ironic that the petrol-saving feature likely isn’t an important attribute for someone spending RM 250k on a hybrid car (or RM 390k on a hybrid SUV for that matter) but as with all new technology adoption, it’s always top-down. A 1 gigabyte memory card used to cost RM 1,599, look at how much the 32 gigabyte micro memory card in your phone costs now.

Further, for anyone with upwards of RM 250k to spend, a locally assembled plug-in hybrid makes financial sense in terms of value, thanks to the government’s incentive for EEV (energy efficient vehicle) which has reduced the retail prices. So please support plug-in hybrids and make this more accessible for the rest of us, eventually.