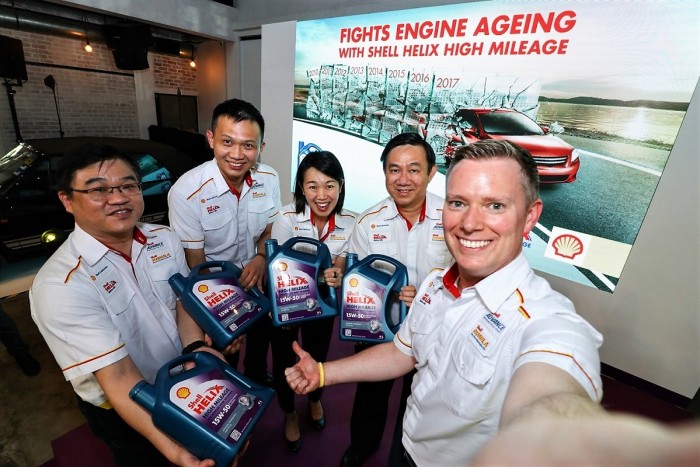 If you have a car or vehicle that has clocked at least 100,000 km and has seen better days, Shell Malaysia has an engine oil for you to bring some youth back to your ride. The new Shell Helix High Mileage 15W-50 synthetic technology multi-fuel engine oil (can be used with diesel engines compatible with API CF oils) comes with Flexi Molecule Technology which offers customized wear protection for high mileage engines to help prolong its lifespan (based on OM646LA engine test and compared with ACEA A3/B4 specifications). 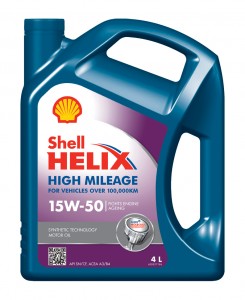 Shell Helix High Mileage also contains Active Cleansing Technology which helps clean the engine and prevents accumulation of sludge and deposits, in turn improves performance. In tests, Helix High Mileage has been found to help remove up to 34% of sludge in the first oil change (based on severe sludge clean-up engine test).

According to Shell Malaysia Trading Sdn Bhd Managing Director, Shairan Huzani Husain, this latest Shell Helix engine oil reflected the company’s commitment to delivering innovative and targeted solutions for everyday drivers. “According to industry statistics, there are some 11 million cars on the road in Malaysia and approximately half of them are 10 years or older (based on Malaysian Automotive Association 2000-2015 data). The challenging economic climate also means that more owners are driving their cars for longer. Shell Helix High Mileage is specially formulated to address common problems in high mileage cars such as a dirty engine, reduced engine performance and oil leaks from worn seals, gaskets and parts,” he said. 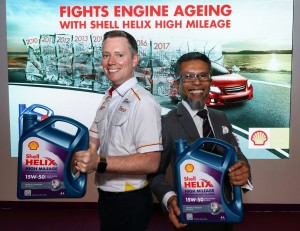 Shell Lubricants SEA Executive Director, Troy Chapman, explained that the pioneering Flexi Molecule Technology was key to fighting engine ageing and helping owners keep their favorite cars going for longer. “As we grow older, our bodies need certain vitamins and minerals to help repair damaged cells. The dynamic Flexi Molecules in the new Shell Helix High Mileage play the same role. Inactive under low pressure, they are able to adapt to changes in engine stress levels. Once intense heat and pressure are detected in particular parts, the dynamic molecules come together to form a protective layer, acting much like a targeted medicine in a human body,” he added.

From 15 March – 15 May 2017, those who choose Shell Helix High Mileage for their oil change at participating workshops will enjoy RM 25 off every 4-liter pack (from the invoiced amount).

Before launching this oil, a select group of motorists got to try it and these are some of the feedback received: 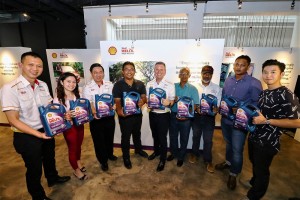 “I was skeptical at first but since using the oil, the oil leaks have reduced significantly and I no longer have to top up the engine oil!” – Salihin Rahim (2001 Perodua Kancil 850 EX; 220,000 km)

“The difference has been very noticeable after running in the engine with the new oil for 300 km. The engine sounds much tighter when idling and less hesitant when accelerating. It also seems to run at a lower temperature.” – Daniel Fernandez (1979 Volkswagen Golf Mk I Cabriolet; 135,000 km)