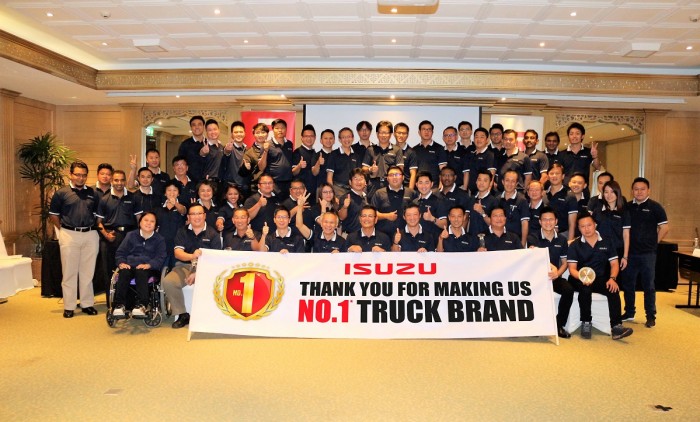 In a challenging market environment, Isuzu Malaysia still found cause to celebrate as it remains the No. 1 truck brand in the country, and bettered its position from 7th to 6th place in overall sales, making it one of the more popular vehicle brands in the country, according to the overall sales figures released by the Malaysian Automotive Association (MAA).

According to those same figures, Isuzu Malaysia’s ELF light-duty truck remains the best-selling for the 7th consecutive year and the forward medium-duty truck, its 3rd year. Isuzu also continued dominating the Malaysian truck market with a solid 38.9% market share. Effectively, Isuzu remains the No. 1 commercial vehicle (CV) operator in Malaysia despite a drop in overall sales (by 13%) for the automotive industry.

Further, its D-Max pick-up truck recorded a 10% increase in sales despite a 19% decline in total industry volume (TIV) in this segment; this improves its market share from 11% to 15%. Accordingly, the D-Max and mu-X are now the top truck models in the local market. 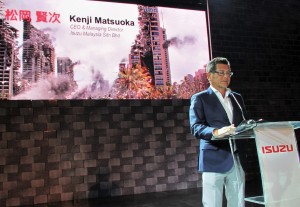 Commenting on the 2016 market report by MAA, CEO Kenji Matsuoka said, “We are very pleased with our achievement as the preferred commercial vehicle brand in Malaysia again despite a less than positive outlook in the industry in 2016.”

He attributed the successful performance in retaining its position and improvement in market share, to the outstanding quality of their vehicles and its priority to customer satisfaction by conforming to its 3S concept of Sales, Service and Spare Parts.

“Moving up the ranking proves the quality of our products as well as our service. Our service staff takes pride in providing excellent after-sales service and personal attention to our customers by regarding them as ‘partners’,” he continued.

“We place high emphasis in training and are proud that the first batch of graduates from our own Isuzu Technical School (ITS) has been stationed at different authorized Isuzu service centers nationwide to elevate the level of customer satisfaction for that ‘Isuzu experience’,” said Matsuoka. 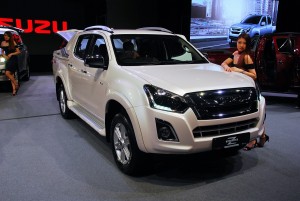 rces against the industry as a whole, he added that the company’s broad initiative to reach out to its customers resulted in them setting up an office in Kuching in November last year, which contributed to the exceptional response by Malaysian drivers.

“Moving forward, we would like to emphasise our continued promise to constantly improve the quality of service and offerings in both the Commercial Vehicles and Light Commercial Vehicles segments in Malaysia and to be the brand every trucker needs and trusts,” concluded Matsuoka.