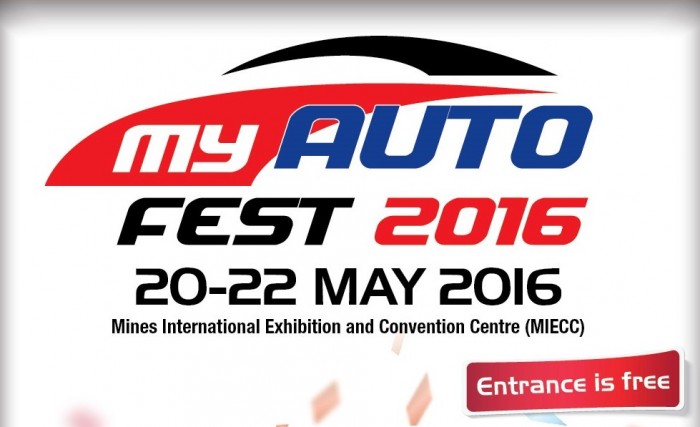 My Auto Fest 2016 is happening this weekend (20 – 22 May) at the Mines International Exhibition and Convention Centre (MIECC). As this is a sales oriented auto show, get your walking shoes on and get ready for some bargain hunting as participating manufacturers and dealers will have deals lined up; there will also be test drives available.

Major automotive brands such as Citroen, Daihatsu, Ford, Honda, Jaguar, Kia, Land Rover, Nissan, Perodua, Peugeot, Proton, Subaru, Toyota and Volvo will be on-site so if you’re shopping for a car, this is the best opportunity to kill many birds with one stone.

The ‘star appearances’ doesn’t refer to human celebrities but automotive ones (sorry) as the new Honda Civic is slated to make an appearance at the show. Also present will be the game-changing Hyundai IONIQ which will be shown in Malaysia for the first time. Recently launched models such as the Ford Focus, Jaguar XF, Subaru Forester, Toyota Hilux & Fortuner as well as the Volvo S60 T6 will likely be there too.

Incidentally, Hyundai has announced its promotions for this Auto Fest namely discounts of up to RM 14,000 for its best-selling and award-winning Elantra; up to RM 12,000 for the Veloster and Sonata; up to RM 7,000 for the Santa Fe and up to RM 4,500 for the i10. 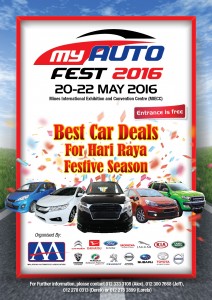 There will also be a lucky draw for visitors who place bookings on a passenger car at My Auto Fest for a chance to win a Nissan Almera 1.5L worth RM82,000. 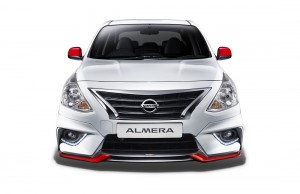