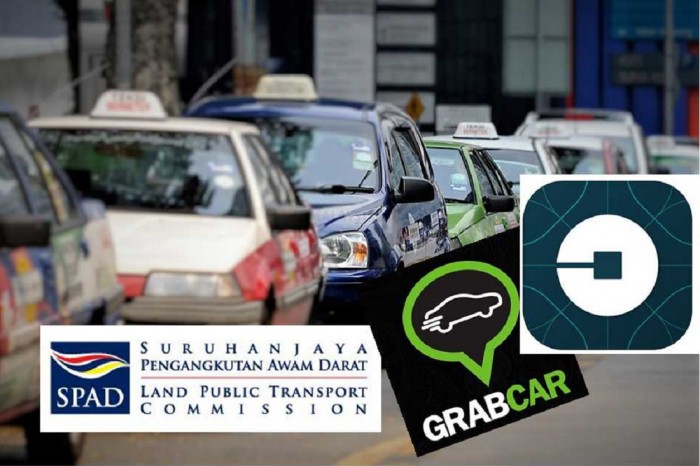 Following the violent protest by taxi and bajaj drivers in Jakarta last week, taxi drivers in Malaysia’s capital, Kuala Lumpur, also took to protesting against the ride-hailing businesses GrabCar and Uber. The protest started at Jalan Ampang, a major artery, about 10 am and ended with some 100 taxis parked on Jalan Bukit Bintang, one of the busiest roads and a popular shopping area, causing a traffic gridlock.

He said they were informed of the protest last week, which was spread mainly by messaging apps. “The protest was supposed to be joined by 7,000 taxi drivers however only about 700 made it to the location as the police had blocked the road,” he claimed.

But while there are sympathetic parties to the cabbies’ plight, one wonders how causing a major inconvenience to road users and having their potential clients resort to using the very businesses they were protesting against, to get around yesterday, can improve the cabbies’ situation. Could there have been a more productive way of showing displeasure?

Pursuant to the protest, Transport Minister Dato’ Sri Liow Tiong Lai said he has directed SPAD (Land Public Transport Commission) to speed up the process of regulating the ride-hailing businesses. “I agree that the Uber services can be continued but it needs to be regulated,” he said. A SPAD spokesman stated, “The Commission is undertaking efforts to ensure applications such as Uber and GrabCar are brought into the system and regulated. However this move will require time.”

It is unclear at this time how regulating the ride-hailing services will positively impact the taxi drivers. But the reasons why businesses like GrabCar and Uber have so quickly gained popularity with the public should be looked into promptly.