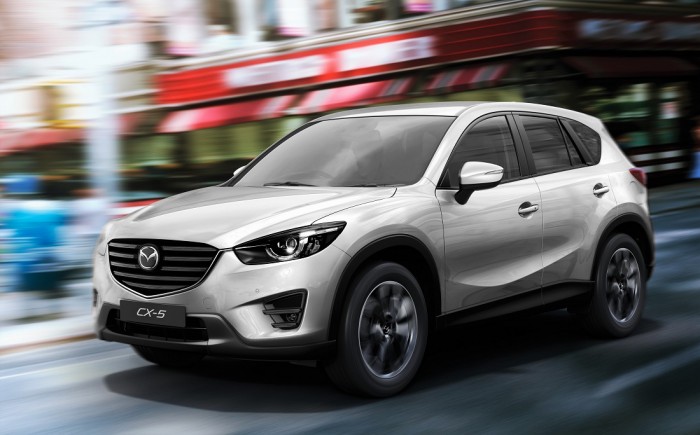 The Mazda CX-5 was the first from this small but passionate Japanese automaker to show us the company’s KODO – Soul of Motion design language and new SKYACTIV Technology, and it continues to be one of Mazda’s best-selling models.

For 2016, the Mazda CX-5 is getting a facelift and update. The exterior change includes a new front grille and signature wing design. The 2L High Spec and 2.5L 2WD and 4WD variants also get new LED headlamps with auto on-off and leveling, with daytime running lights as well as LED tail lamps. 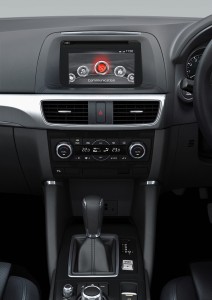 Inside, the dashboard and steering wheel gets an update and there is the MZD CONNECT Infotainment with a large 7″ full colour touchscreen display and multi-function commander control.

The engines remain unchanged with the 2L producing 155hp and 200Nm of torque and the 2.5L, 185hp; 250Nm. Booking for the facelifted CKD CX-5 is now open but official pricing is yet to be announced. However, it is understood from sources in Bermaz Motor Sdn Bhd, the sole distributor of Mazda, that there will not be a price increase.

The Mazda CX-5 has earned quite an unprecedented collection of awards all over the world, including some of the toughest, most matured and discerning markets. Amongst many is the highly prestigious Car of the Year Japan Award for 2012; the Autobytel 2012 Crossover of the Year; the International Federation of Automotive Journalists 2012 SUV of the Year of the Americas; and most recently the ASEAN Car of the Year – Best Compact SUV Award for 2015.

The Mazda CX-5 was also the 2015 IIHS Top Safety Pick, a fitting tribute to the convention-defying package of the Active and Passive Safety that’s part of Mazda’s SKYACTIV Technology.

It also received the JD Power Appeal Award as a result of a survey on how much owners like their vehicle after 90 days of ownership. Other accolades include recognition from environmental consciousness and vanguard publications; quite a rare feat in the motoring industry. Top among these is the Earth, Wind & Power Media’s award for the Most Earth-Friendly Truck of the Year.

Mazda owners are also able to enjoy a peaceful car ownership experience as all vehicles purchased under the stewardship of Bermaz will be able to enjoy an absolute 3-year free scheduled maintenance according to manufacturer’s standards. Basically, customers need not pay for anything, not even labour and parts fees. The 3 Years Free Warranty and Maintenance applies to all models except the BT-50 pickup.