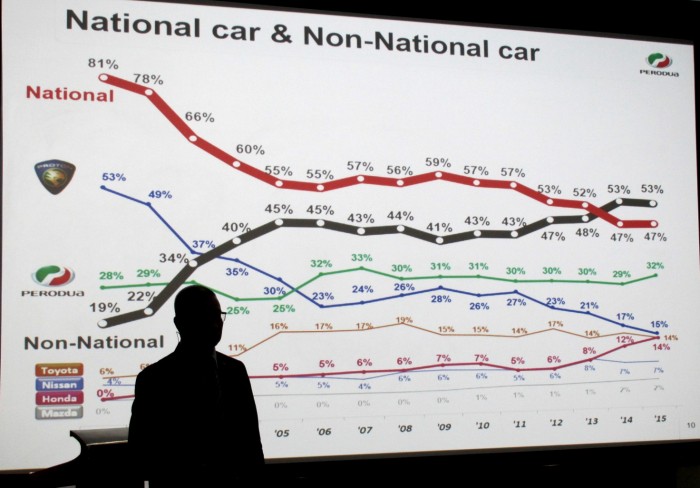 Local automaker, Perodua, has achieved another milestone with over 213,300 vehicles sold in 2015 backed by the continued strong demand for its Axia, Myvi and Alza models.

“2015 was a very challenging year for us with the implementation of the Goods and Services Tax, the weakening Ringgit as well as the slump in oil prices having a big impact to the country’s economy,” Perodua President & CEO, Datuk (Dr) Aminar Rashid Salleh said.

“Because of these challenges, many consumers have decided to ‘buy down’ to a more affordable alternative such as the Axia, which accounted for 99,700 units or 46.7% of Perodua’s entire sales for 2015,” Aminar added. He further said that Perodua was fortunate as its products and services which include Myvi, Alza and Axia, offer the best value for the money for its customers.

“Based on our estimation of the total industry volume of 667,000 in 2015, we believe that our market share is around 32% and we would like to maintain that level of 32% this year with a sales target of 216,000,” Aminar said. However, it looks like cumulative market share for the 2 local car brands will still be below 50% this year as they face stiff competition from the foreign marques. It may bode well for consumers who have more choices but it will be challenging for local automakers like Perodua to keep up.

Nevertheless, Aminar sees the demand momentum for Perodua models to grow this year, assisted by strong sales and marketing efforts as well as further improving its customer experience through all its sales and service network. As factors such as rising living costs and lower consumer sentiments are expected to be prevalent in 2016, Perodua is still in a good market position due to the affordability of its product range.

Based on Perodua’s internal estimates, the total industry volume for 2016 would grow slightly to 670,000 with new product launches taken into account.

“As a result of the higher sales in 2015, Perodua has also seen the largest production of vehicles in our history with 228,500 produced, an increase of 16.3% from 196,400 produced in 2014,” he said. “We are very thankful for all the support that Malaysians have shown us despite the challenging economic situation and we will strive to serve you better in all of our touch-points,” Aminar added.

With the strengthening US Dollar and Japanese Yen (which Perodua pays its purchase of components in), profit margins continue to be stressed. However, this is partly mitigated by buying forward in anticipation of the strengthening foreign currencies. As a result, Perodua is able to maintain the selling price for now. Its increase in local vendor purchases will also mitigate any foreign exchange risks as well as contribute to lower vendor production costs which in turn will benefit Perodua.

Additionally, with the completion of the new PGMSB manufacturing facility, where the bulk of funds were spent (2013-2015: RM 2.8 billion), Perodua forecasts lower capital expenditures of RM370 million in 2016, likely for maintenance and upgrades.

Aminar also shared with us Perodua’s intention to better its JD Powers Customer Satisfaction Index ranking of 9th spot by improving its sales and after-sales services. Perodua’s after-sales business has broken new records with 1.96 million intakes for 2015, an increase of 2.3% from 1.92 million in 2014. “The increase is mainly due to further upgrading of existing service facilities for the comfort of our customers,” Aminar said. As of December 2015, Perodua has 181 sales and 190 service centres nationwide.

Parts and accessories revenue has also created history with revenue sales of RM 248 million for 2015, a 2% increase over 2014’s RM 244 million. To attract more existing Perodua owners whose cars are out of warranty to return to Perodua for genuine parts, Perodua is planning to introduce special deals and budget options.

As such, they expect a higher intake this year with 2 million vehicles patronising its service centres nationwide, while revenue from parts and accessories is expected to grow by 5% to RM 260.2 million. In a further development, Aminar announced that Perodua is planning a retail outlet for pre-owned Perodua vehicles.

“While we are thankful and happy for the results in 2015, Perodua needs to focus on our next transformation phase in order to be ready for the stiffer competition and market liberalisation,” he added.

With that, Aminar announced a reshuffling of key management staff in an effort to boost efficiency. Some of the notable moves include: 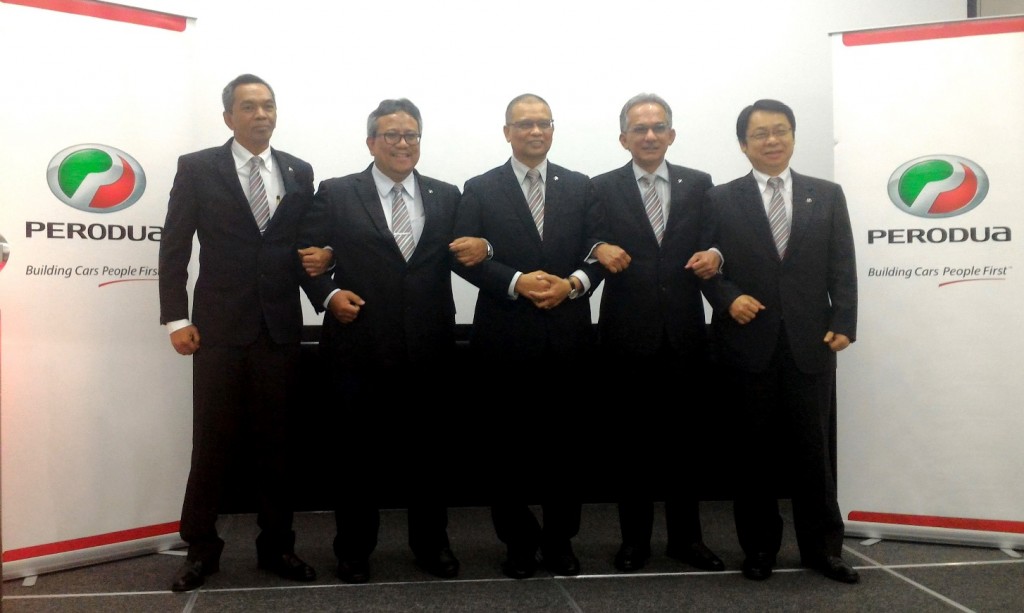