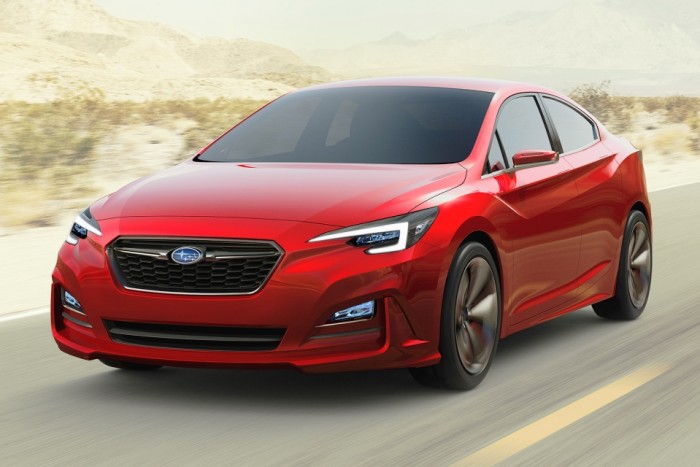 The next generation Subaru Impreza is being previewed as a concept for the first time at the 2015 Los Angeles Auto Show. The new C-segment sedan will be the first of a new series of Subaru models envisioned in Fuji Heavy Industries Ltd’s ‘Prominence 2020′ plan announced in May 2014. 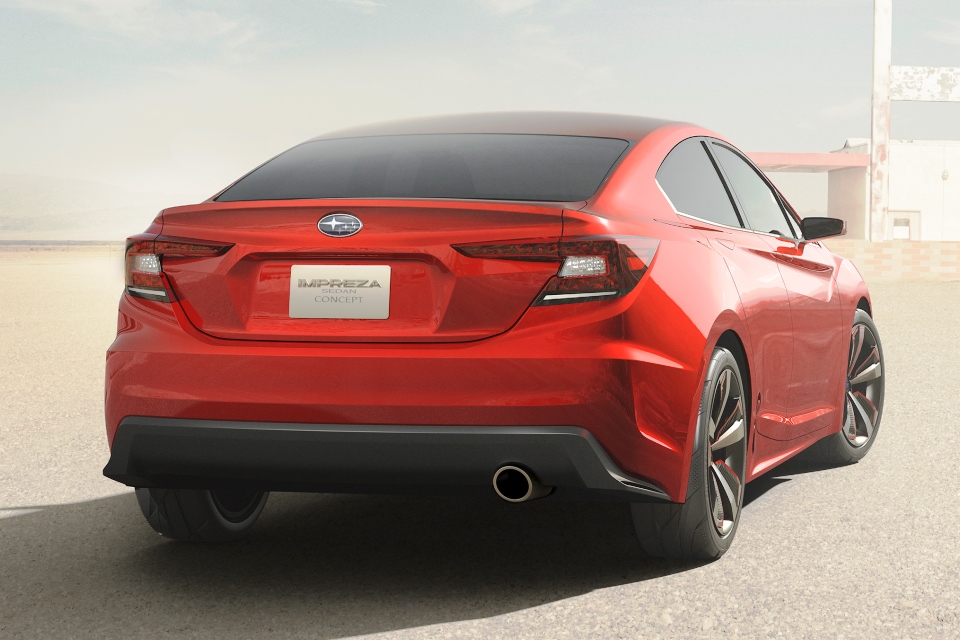 Official Subaru-speak names the new Impreza’s styling language as being Dynamic & Solid. To our eyes, we see a front fascia seemingly derived from the current WRX and Levorg, notably featuring the hexagonal grille and distinctive hawk-eye headlights. The rear end features more revolutionary changes, with boomerang-shaped tail lights sculpted to create the visual impression of a wide and low stance.

Mechanical specs are not disclosed, but in true Subaru fashion, we can expect the company’s trademark combination featuring Boxer engines, likely to displace between 1.6 and 2.0 litres, working in conjunction with Symmetrical All-Wheel Drive.