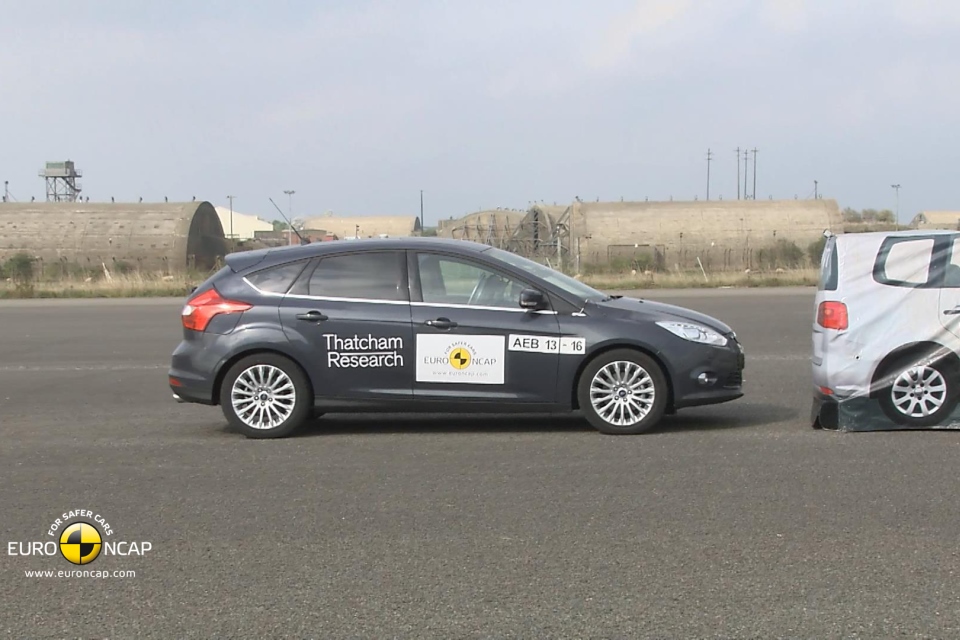 In an ideal world, all drivers maintain 100% concentration on the road at all times. In reality, however, that is usually far from the case. Speaking from personal experience, I have no problems maintaining full concentration and focus on the road whilst sustaining high speeds, but crawling through the mundane daily commute, distractions are aplenty.

It is worth noting that given the right timing, taking your eyes off the road for just one second can be all it takes for you to unknowingly plow into a car making a sudden stop or unwitting pedestrians and motorcycles making unexpected incursions into your trajectory.

In recent years, autonomous emergency braking (AEB) has been offered as a solution to mitigate or totally avoid read-end crashes due to driver inattentiveness by automatically applying the vehicle’s brakes in the event that a collision is deemed imminent. Exclusive to luxury cars like the Mercedes S-Class and the Volvo XC60 not too long ago, AEB has since found its way to mass market cars with the Ford Focus being a notable example familiar to Malaysian consumers.

The importance of AEB will receive added emphasis in 2014 as Euro NCAP makes it one of the test criteria in awarding safety ratings. As things currently stand, Euro NCAP already evaluates the performance electronic stability control systems (it’s no longer sufficient to merely have it), and moving forward, the effectiveness of a vehicle’s AEB system will contribute to its final Euro NCAP score. 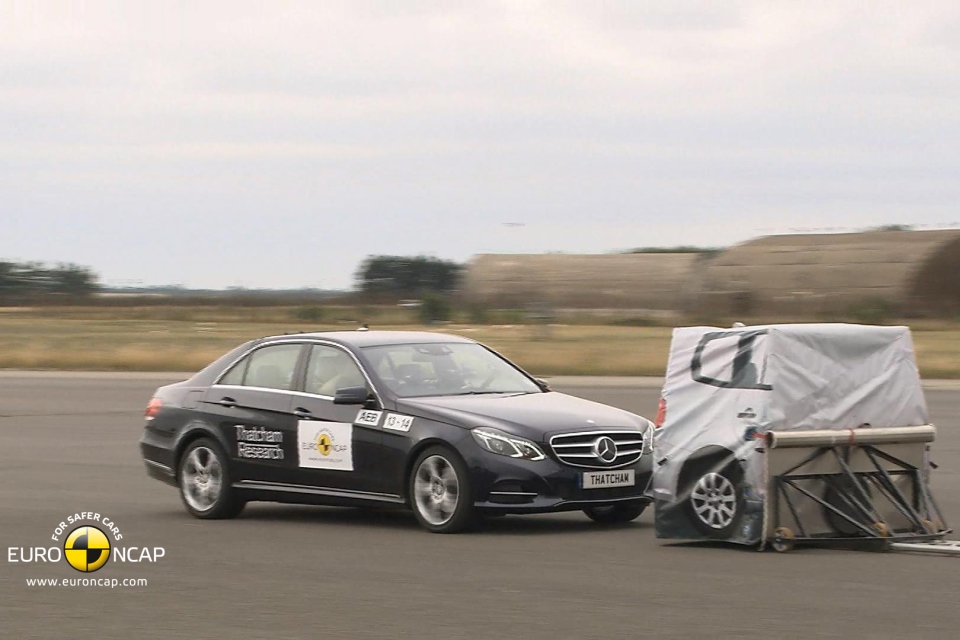 From manufacturer to manufacturer, AEB is known by a myriad of names, but Euro NCAP has divided the various systems available in the market to two groups – ‘AEB City’ and ‘Inter-Urban AEB’. ‘AEB City’ works at low driving speeds and targets reduction in rear end shunts often associated with whiplash neck injuries. ‘Inter-Urban AEB’ works at higher speeds and targets fatal and serious injury crashes that may be caused by driver inattentiveness or distraction. Euro NCAP tests both types of systems and scores them between 0-3 points, which translates to Good, Adequate or Marginal.

Cars tend to travel at closer distance in slow traffic which minimizes the driver’s ability to avoid a crash at the last minute. As a result Euro NCAP focuses on the automatic braking function in its ‘AEB City’ tests up to 50kph. 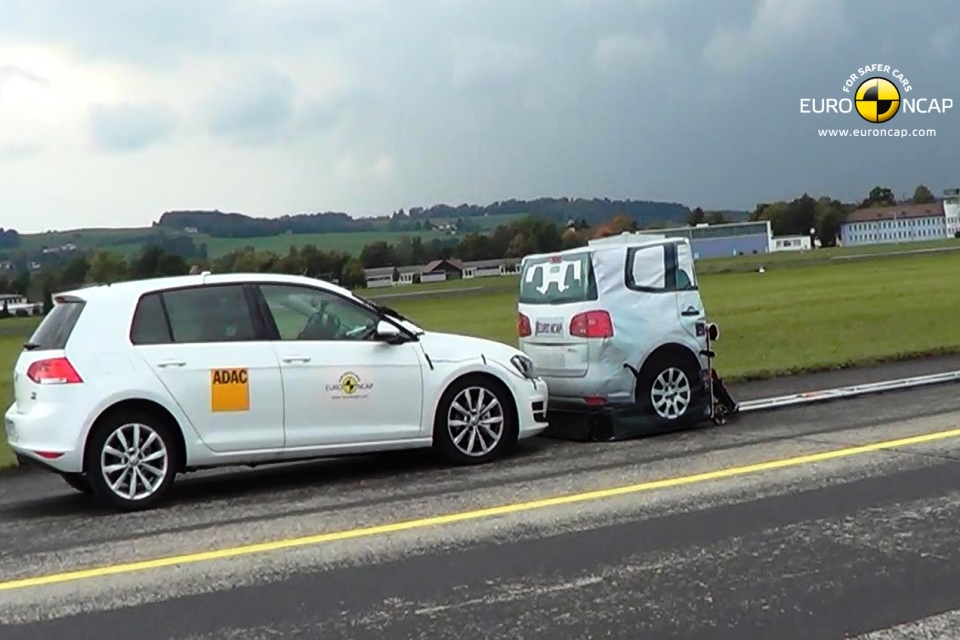 Due to the higher speeds in which they operate, ‘Inter-Urban AEB’ systems are typically accompanied by a Forward Collision Warning function with enhanced braking performance (i.e. system applies full braking force regardless of brake pedal pressure if it detects an impending collision). These systems are tested at speeds up to 80kph and in two scenarios where the driver either brakes or does not react to the collision warning.

Results of the first batch of vehicles being tested for their AEB systems were released only earlier this week, with a total of eight cars being tested. In this pool of eight cars, six were evaluated in the low-speed ‘AEB City’ test, and five in the higher-speed ‘Inter-Urban AEB’ test. Cars which were tested for both were the Mercedes-Benz E-Class, Mitsubishi Outlander, and Volvo V40. Overall results of the eight tested cars are summarized below:

Finally, it is also important to note that AEB technology is a support system that should not be overly relied upon by the driver. In more challenging situations, AEB activation may not be sufficient or not timely enough to avoid a crash completely, although the resulting impact speed may be significantly reduced. According to Euro NCAP, good occupant protection remains vital to avoid serious consequences.