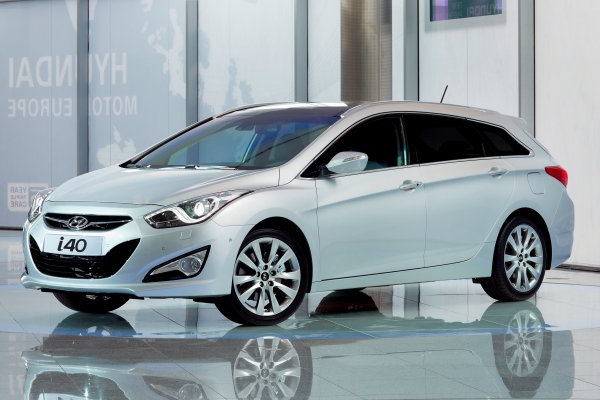 The Hyundai i40, a Sonata-based mini D-segment vehicle is set to make its first public appearance at the upcoming Geneva Motor Show this coming March. Similar in vein to Honda’s Accord Euro, the i40 will be shown in Geneva in wagon form with a sedan variant to be introduced later this year.

R&D work for the i40 was performed in Hyundai’s R&D HQ in Russelsheim, Germany, and the new car maintains the company’s new ‘fluidic sculpture’ design language that is currently gracing its newer models like the Sonata and Tucson.

A high kit count is promised for the i40, with heating and reclining function for all seats (front & rear), heated steering wheel, and auto windscreen de-misting amongst the highlighted items.

The full powertrain line-up consists of a 1.7-litre diesel engine offered in two states of tune (125hp & 140hp) and a pair of petrol direct injection engines in 1.6 and 2.0-litre displacements.

Hyundai is determined to make the first five years of i40 ownership to be as painless as possible for its customers. The company’s Five Year Triple Car package – which offers unlimited-mileage warranty, roadside assistance and vehicle checks in the period – is a standard offer for the i40.

Allan Rushforth, Senior Vice President and COO of Hyundai Motor Europe, commented, “Offering more for less has always been a fundamental principle at Hyundai, and now we are advancing this with our new brand direction under the ‘New Thinking. New Possibilities.’ slogan.  The i40 is a perfect example of how we are offering the best and making it accessible to everyone.  From stunning design and specification, to industry-leading technology and aftersales care – the i40 sets itself apart from its competitors.” 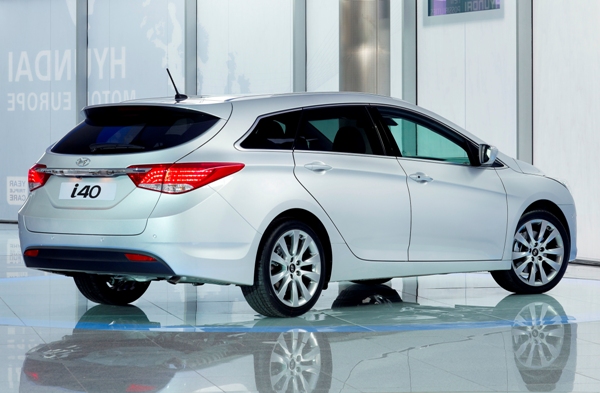 To be shown in Geneva in wagon guise only. Sedan to follow later this year.

The i40 will be joined on stage by the new 1+2 door Veloster coupe, set for launch in Europe during the second quarter of 2011.  The Curb concept will also be shown, highlighting the latest telematics technology from Hyundai in an ‘urban-ready’ design.  Both cars received their world premieres at the North America International Auto Show last month, and will be making their European debuts in Geneva.