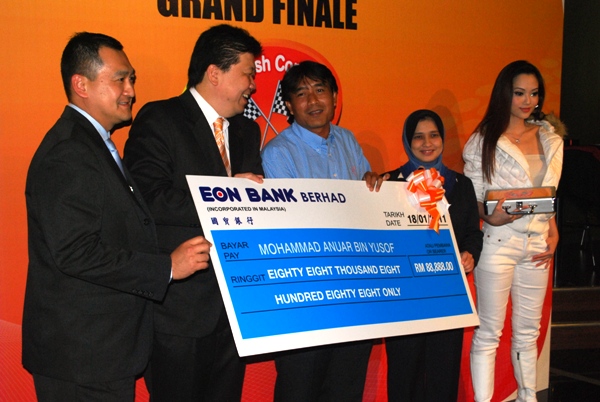 EON Bank’s year-long Super Cash campaign of 2010, aimed at promoting its AM/PM Hire Purchase package, came to a conclusion yesterday with the winners having their names announced and receiving their attractive cash prizes. Participation into the contest was automatic for customers who take a minimum loan of RM50,000 and a financing tenure between three and nine years.

Picking up the Grand Prize of RM88,888 in cash was En Mohammad Anuar Yusof of Kuala Lumpur. First prize of RM28,888 was taken by Ahmad Salwan Abdul Wahab while Lau Chu Lee took home the second prize of RM8,888.