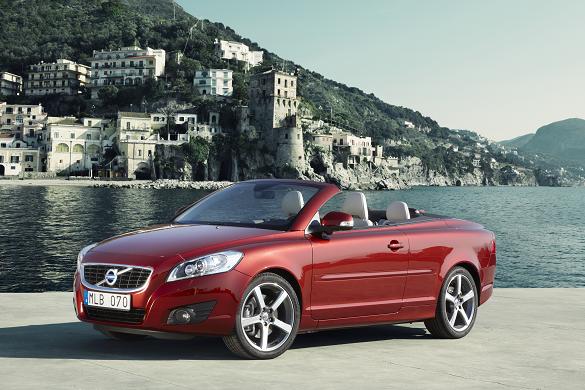 Three years on, the Volvo C70 is set for a massively facelifted version to be unveiled at the upcoming Frankfurt Motor Show (IAA 2009). When we say massive, we mean that this is no half-arsed new bumper, grille and taillight job. The new C70‘s look has been revised to the point of unrecognizability from the previous version, it might as well be an all-new model.

“We have carefully redesigned the front and rear of the car so they harmonise more with the larger Volvo models. We have also increased the exclusiveness of the interior materials and trim details to enhance the feeling of luxury,” explains Fedde Talsma, Exterior Chief Designer of Volvo Cars. 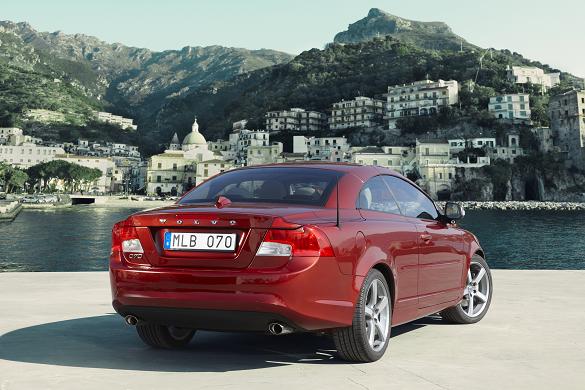 From the rear, with the top up.

Yeah, sure, whatever. It looks brilliant, which is all that we know and care to know. We buy into the talk that the C70’s nose job is based on the S60 Concept unveiled in Detroit 2009. Headlights sweep upwards more prominently than any other production Volvo, a far cry from the square items adorning the noses of their past products. In fact, we bet that your colleague peeking into your monitor from afar right now might confuse these images with those of a Mercedes SL. 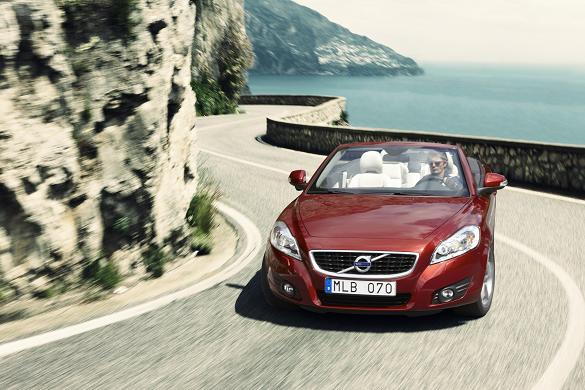 Can be confused with a Merc SL from afar.

At the rear, the pagoda-like rear lamp cluster, trademark of modern Volvos, sit on the trailing edge of the strong shoulder line. The taillamps are illuminated by pair of LED strips on each side almost trace the edge of the red area, meeting with the prominent character line of the bumper. This feature has the distinct visual effect of framing the C70’s rear fascia. 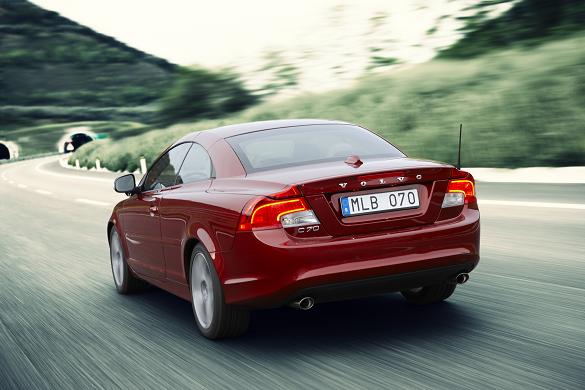 Retained from the pre-facelift C70 is the folding three-piece metal roof, which requires 30 seconds to do its job. Also carried over unchanged, is the element of safety that Volvo is so renowned for, it has become a cliche. Though little details on that area are given, it goes without saying that the C70 will come packed with all the various acronym-electronic stability controls and what not. 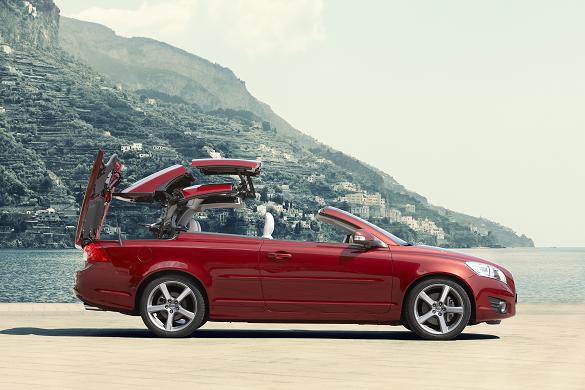 Tin top to topless in 30 seconds.

However, if you somehow manage to overpower all of Volvo’s electronic wizardry and send your C70 flipping, worry not, for the Roll Over Protection System (ROPS) will come to your rescue. When this little gyro-sensor hidden somewhere inside the car detects that you’re turning turtle, sturdy metal bars will pop out from just behind the rear passengers to give you extra space to crawl out and escape. Roof up? No worries, they have, I kid you not, metal spikes to break through the glass ensuring that the job is done. 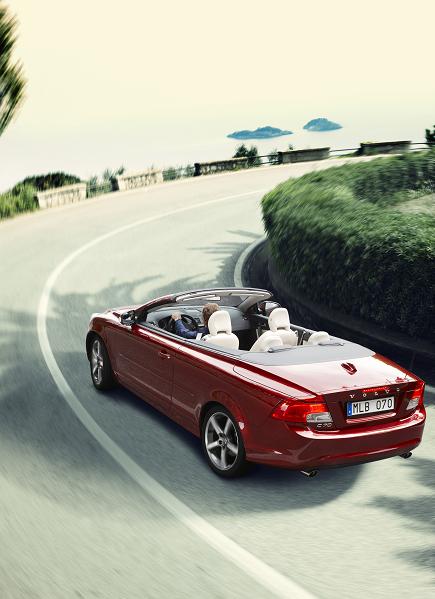 Metal bars will pop out from behind the rear passengers if the car turns turtle.

Currently, Volvo is scheduling for the showroom debut and first deliveries of this new C70 to take place in early 2010, with the promise of full details, prices and specs to arrive then.