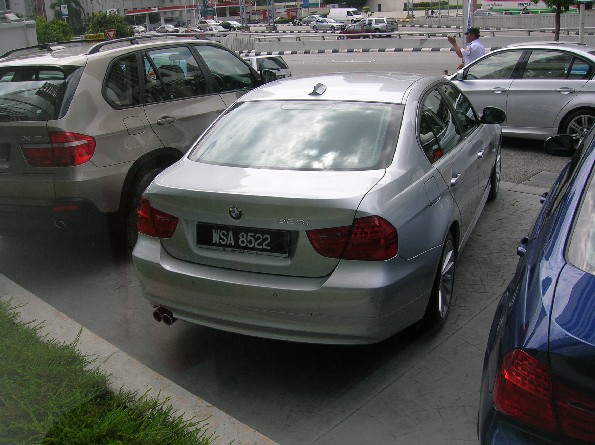 The 525i was powered by the same engine, but you wouldn’t have guessed it. Where the 523i was slow off the mark and sluggish overall, the 525i proved far more responsive and far more willing to rev. The secret to that lay in the ECU mapping where in the 525i the same engine was tuned for 218bhp @ 6,500rpm and 250Nm @ 2,700rpm. RM30k worth of programming – BMW‘s product planning was both brilliant and infuriating in equal measure.

This specification and pricing strategy has now been implemented in the 3-series, with the latest facelift introducing a 323i model priced a similar distance below the 325i. Like in the 523i, the 323i, priced at RM276k, is powered by the 190bhp version of the N52. Unlike on the 523i however, 190bhp is actually good enough for the 3-series.

A couple of weeks back, I took the car from the premises of Sapura Auto to the Ampang Elevated Highway and back. On the straights, the 323i was more than happy to respond to shoves on the gas pedal. Acceleration was strong, but it won’t pin you onto the seats. On long sweeping bends, the 323i maintained great composure – tracking to the lane as if on rails.

Compared to the RM310k 325i, the 323i does not lag too far behind in terms of overall performance. Being softer sprung, it’s also the easier car to live with on a day-to-day basis, having lost little of its handling prowess. In terms of equipment, the specs sheet of both cars are more or less identical – with differences mainly being all the little M-badged trims and finishes.

The functional equipments are identical to its pricier sibling, and this includes a new iDrive system that features a vastly improved controller, a dashboard-mounted 8.8″ high-definition colour monitor and its own hard-disk. It’s built in with a satnav system that displays actual 3D maps of Malaysia.

It’s most fortunate that the detuned state of the N52 engine in no way handicapped the 323i as it did the 523i. In every respect, the 323i is a very well-balanced car which would provide its owner miles of driving satisfaction. In terms of value for money, this is the pick of the 3-series bunch in Malaysia’s lineup.

Verdict: In Malaysia, this is the best value for money 3-series to buy. 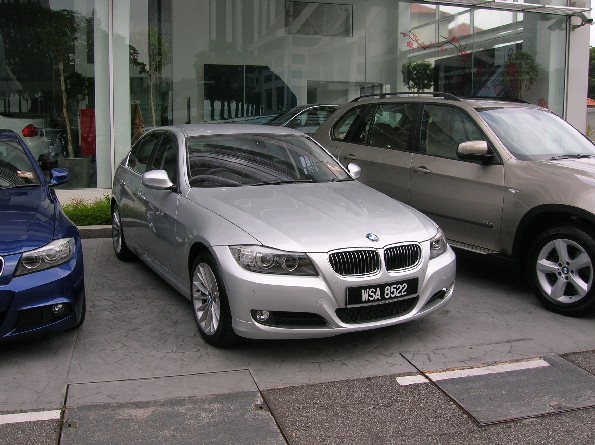