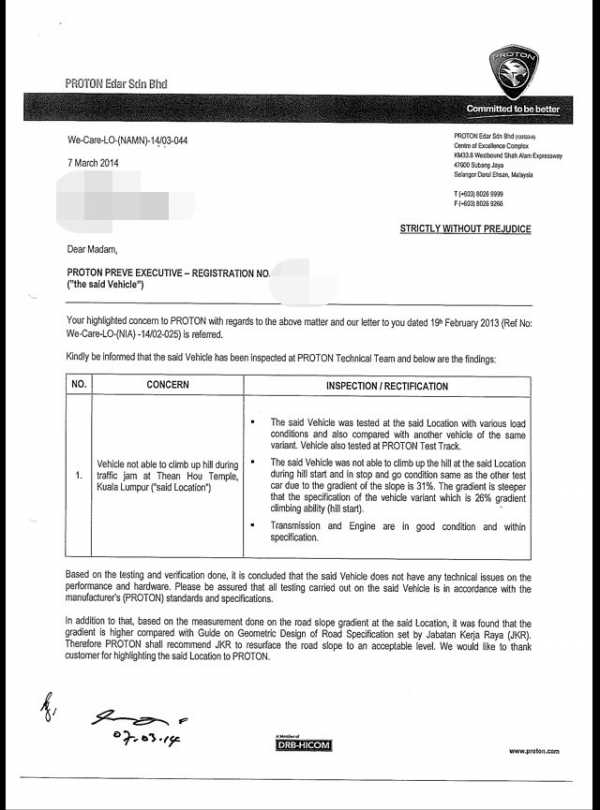 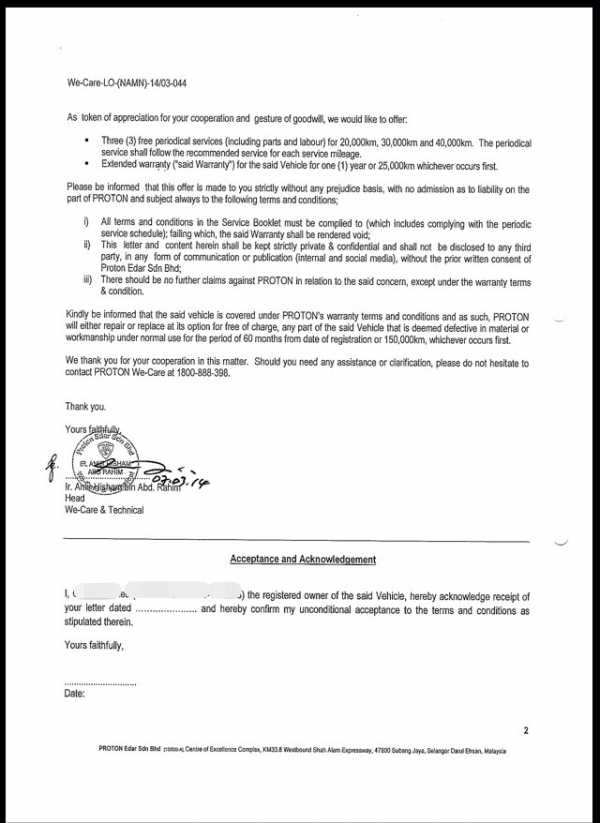 at low speed below 40km/h, when I release the gas pedal, there is a knocking sound from the engine area. When I press the pedal back, the similar sound appear. From stand still or at higher speed, no such sound. Suspected either CVT clutch or driveshaft.

It is dangerous? Need to rectify immediately or fine to wait for first 1000km service?

hello all, can anyone get me a proton vt3 gearbox? having problems finding one without owning a proton as they are new:(

why u need a vt3 gearbox

not only him that asking.
a few workshop tuner ppl i met oso try to source one.
hmmmm ?

not only him that asking.
a few workshop tuner ppl i met oso try to source one.
hmmmm ?

They claim that my TCU system melt.
Before that I got install a brake lock system and front door speaker on my car.

Now my car still hanging inside the service center almost 2 week.
(The reason i get from them is waiting approval for changing parts)

The service person explain about the TCU and ECU bla bla bla, and those i dont understand at all.
Can anyone can give me some advice and anybody facing this problem?

When I first started to learn to drive,it was in Rochester, kent, UK and my lessons were taken in a side valve Austin Seven with no hydraulic brakes.. As part of the hill start lesson my father,it was his car, would put my packet of cigarettes just behind one of the cars rear wheels after stopping the car on a hill that was so steep that hand rails had been installed on the hill so that pedestrians could climb it. Rest assured that I did not lose very many cigarettes.

And my point is?

If a car that was produced in the 1940,s could start on a hill that was far steeper than the 30 degrees mentioned in the letter from Proton why is it that a modern proton cannot do something similar?

I am prepared to concede that if it was raining heavily or the road surface was "loose" and given that the Proton was front wheel drive and the Austin 7 rear wheel drive then their may be a fair reason for lack of traction. But as the letter goes on to say that the car was in a line of other cars doing the same start stop procedure then traction between the tyres and the road surface was in all probability not the reason.

So what was wrong? The driver ( lack of ability) or the transmission( transmission slip) or tyre traction (Bald tyre/s)? I cannot think of any other reason given that the engine was functioning correctly. Perhaps Punch could help with the possibility of transmission slip?

I would expect that any and all cars produced for general sale by any manufacturer would only fail on a hill climb if the vehicle had insufficient tyre traction and in my opinion if any thing else failed before the tyre/road interface then the vehicle itself had failed. I hope for the sake of Proton that it was a tyre or driver problem

One last point. I said that I could "do" a hill start on an Austin 7 but and its a big but, it was not possible to drive that same car down the hill as the brakes on the car were not good enough to stop a moving vehicle (without using the curb) at the bottom of the hill or indeed on any part of it. ( I believe that both front and rear drums had leading and trailing shoes and that may have been the reason)

Some feed back would be great.
Regards
Terry